Shortages of hydroxychloroquine, sparked by its still unproven potential as a COVID-19 treatment, may soon force rheumatologists to make difficult decisions regarding which of their patients receive the drug, and at what dosage, according to an editorial published in The Journal of Rheumatology.

“If there is a finite supply of hydroxychloroquine, then it will be the responsibility of rheumatologists to consider very carefully the need for continued treatment in an individual patient, as well as the risks associated with discontinuing HCQ and the risk/benefit ratio of introducing some other agent, either a DMARD or even corticosteroid,” Mary-Ann Fitzcharles, MB, ChB, of McGill University Health Center, in Quebec, Canada, told Healio Rheumatology. “Jurisdictions that impose regulations for prescribing HCQ cause physicians to either change the treatment or appeal for continued use of HCQ.”

Fitzcharles co-authored the article alongside Evelyn Sutton, MD, of Dalhousie University, in Nova Scotia, and Rosie Scuccimarri, MD, of McGill University Health Center. Together, the three rheumatologists wrote that, anticipating limited supplies of hydroxychloroquine in the coming weeks and months, rheumatologists must be ready to answer the question of “Who should receive this treatment?” To that end, they must advocate strongly for the continued access to hydroxychloroquine for patients with approved, valid indications, they added.

“In this rapidly evolving health context, rheumatologists find themselves placed as the most common prescribers of an ‘old’ drug that may have potential to be a lifesaver in this catastrophic era of a viral pandemic,” they wrote. “Although in vitro studies of antimalarials and SARS-CoV-2 are promising and have a mechanistic explanation, the clinical evidence at this time is lacking and must be seen as anecdotal.” 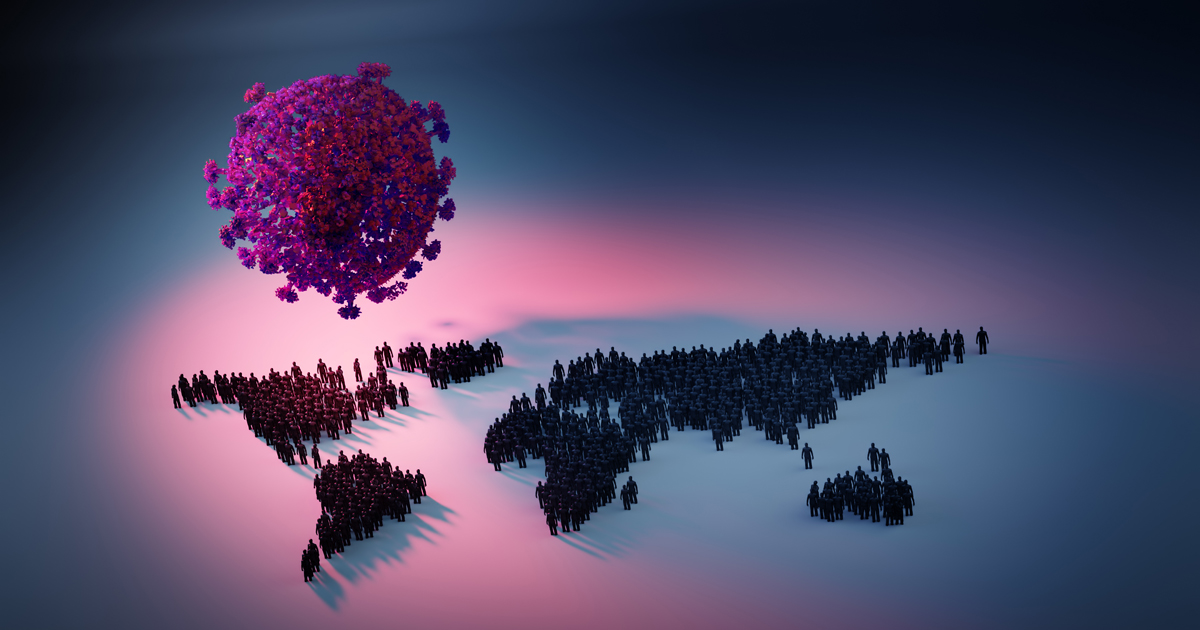 Shortages of hydroxychloroquine may soon force rheumatologists to make difficult decisions regarding which of their patients receive the drug, according to Fitzcharles and colleagues.
Source: Adobe

“Rheumatologists are not the gatekeepers for access to HCQ, but some ethical issues require consideration,” they added. “It is paramount that continued clinical care of patients with chronic diseases such as [systemic lupus erythematosus] and inflammatory arthritis who require HCQ maintenance treatment must proceed. Discontinuation of HCQ could lead to disease flare with significant morbidity and even mortality in patients with SLE. The safety of pregnant patients with rheumatic diseases requiring treatment with HCQ must be strongly protected.”

According to the authors, there are many patients with systemic lupus erythematosus, palindromic rheumatism, Sjogren’s syndrome, cutaneous lupus and milder forms of rheumatoid arthritis who have achieved sufficient disease control through hydroxychloroquine, without the need of more complex DMARDs. These patients, they wrote, should not be forced to discontinue the drug.

To protect patients who rely on hydroxychloroquine, the authors called on rheumatologists to “join the scientific community” in support of recommendations limiting the drug’s use in COVID-19 to hospital and intensive care settings, in the context of formal research. They also wrote that off-label use of hydroxychloroquine outside of these settings should be prohibited.

They also urged officials to warn the public against self-medicating through requesting a prescription or “borrowing” the drug from a family member with a legitimate prescription. Additionally, patients should be advised to never share their medication.

However, despite these strategies, rheumatologists may soon still have to face difficult ethical questions regarding the drug, including “Which patients should remain on hydroxychloroquine?”

“This ethical decision will be difficult if rheumatologists are forced to make decisions of deprescribing HCQ,” Fitzcharles and colleagues wrote. “Rheumatic disease patients with life-threatening illnesses such as SLE, or pregnant patients must have priority to continue treatment. We will need to examine in which patients with inflammatory arthritis HCQ is less essential. This may particularly apply to those whose disease is well-controlled and may currently be receiving an additional DMARD.”

They added that rheumatologists can frame empathetic discussions with patients in the context of a “societal contribution toward an overwhelming health disaster.”

“Whether this step could truly influence access and supply of HCQ as a potential treatment for this current human catastrophe is unknown,” the authors wrote. “In this unprecedented time, every single effort toward stemming this most awful global event should be made, but with caution to respect and adhere to the tenets of evidence-based medicine”

According to Fitzcharles, the current media environment has given “huge attention” to hydroxychloroquine’s potential impact on COVID-19, which has led to “excessive prescribing” of the drug to non-rheumatic patients.

“This uptake of HCQ for non-rheumatic conditions has rapidly drained the supply of an agent that is a foundation drug for many rheumatic diseases,” she said. “For example, Quebec government health regulatory authority has limited HCQ prescriptions to SLE, pregnant patients or those with juvenile inflammatory arthritis under the age of 18 years, requiring justification by the rheumatologist for all other conditions such as rheumatoid arthritis, palindromic rheumatism and other inflammatory connective tissue disease.”

There have been similar shortages reported by rheumatologists across the United States. Both hydroxychloroquine sulfate and chloroquine phosphate tablets have been listed on the FDA’s drug shortages website since March 31.

On April 7, the FDA announced it had approved an abbreviated new drug application for hydroxychloroquine sulfate tablets to address ongoing shortages of the drug sparked by this run.

“If the evidence for effect in COVID disease was strong, which it is not at the present time, then I believe that the rheumatology community would wholeheartedly support every effort to impact this awful disease and save lives and suffering,” Fitzcharles said. “Unfortunately, the evidence for effect is based on some preclinical study and clinical study that is at best anecdotal. This enthusiasm, which does not have a solid evidence-based foundation, may be greatly overinflated with the risk of disadvantaging patients who need continued care for a chronic illness."

The most important factor, at this time, according to Fiztcharles, is the accumulation of the best available data on hydroxychloroquine’s effect on COVID, and that the clinical trials are transparent and adhere to the standards of evidence-based medicine.

“We also strongly support examining the effect of HCQ in the setting of RCTs and strongly recommend against any anecdotal use,” she said. “Even with all current limitations, rapid initiation of a well-designed multicenter RCTs should be able to give some useful and preliminary data within a few weeks.” – by Jason Laday