Hydroxychloroquine for COVID-19? Experts discuss its promise, risks amid reports of shortages

Late last week, President Donald Trump sent shockwaves through the medical industry when he announced in a press conference that the FDA had approved the anti-malarial hydroxychloroquine to treat patients infected with coronavirus.

The president added that doctors would be able to prescribe the drug, commonly used by rheumatologists for rheumatoid arthritis, lupus and other conditions, “literally within a few days.”

That, it turns out, was not the case. The walk-back from the FDA was swift, with Commissioner Stephen Hahn, MD, cautioning that the agency must first conduct a clinical trial to determine whether hydroxychloroquine is safe and effective in patients with COVID-19, and at what dosage.

Since that time, physicians and experts have expressed concern that Trump’s comments have led to confusion and fear among patients with rheumatic and other diseases who rely on the drug. Shortages of hydroxychloroquine were reported less than 24 hours following the president’s announcement. 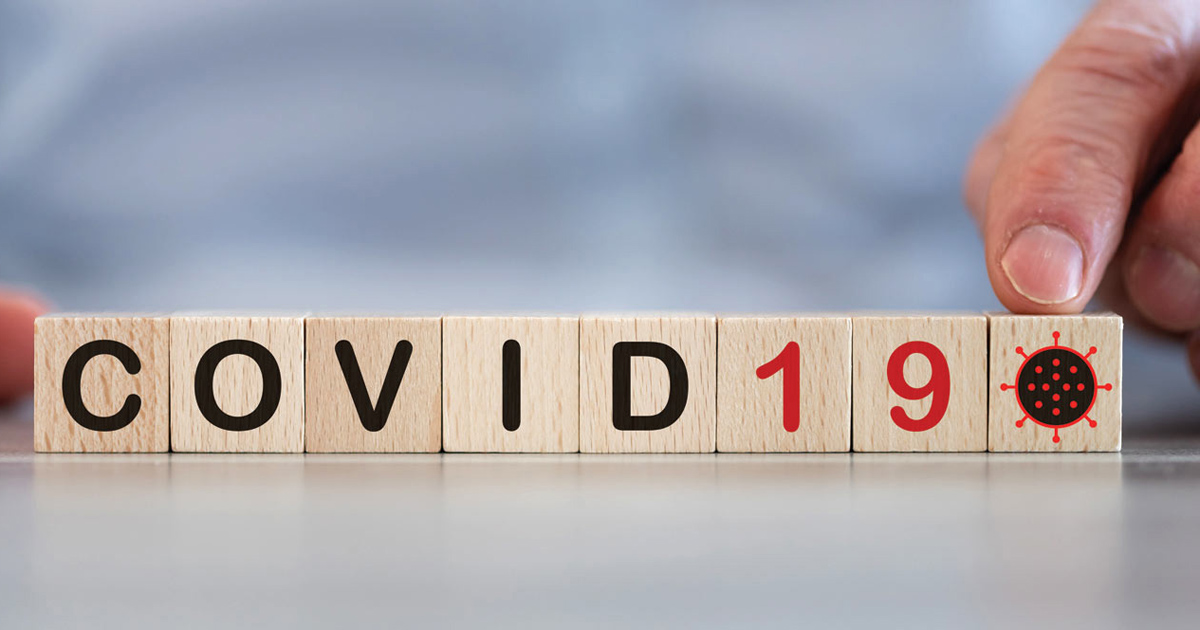 The FDA has stated researchers will conduct a clinical trial to determine whether hydroxychloroquine is safe and effective in patients with COVID-19, and at what dosage.
Source: Adobe

“I listened to the president’s news conference, and reflecting on it now, I don’t think he was the guy to deliver this type of granular description of drug availability, and I think the result is a lot of tenuous false hopes, and a lot of bad information all at the same time,” said Leonard Calabrese, DO, director of the RJ Fasenmyer Center for Clinical Immunology at the Cleveland Clinic, and chief medical editor of Healio Rheumatology. “As a result, I fear that this is leaving patients confused, and patients with rheumatic diseases who receive these drugs fearful that there will be shortages, which we are already seeing.”

“Having said that, I think this is a very exciting space,” he added. “This family of drugs, these antimalarials, chloroquine and hydroxychloroquine, both have mechanisms of action that do have antiviral properties and antimicrobial properties against pathogens that live in the indissoluble compartments within the cells. So, I am all-in to learning more.”

According to Calabrese, the basis for the recent enthusiasm regarding hydroxychloroquine and COVID-19 is dependent on two small, noncontrolled clinical trials, which are yet inadequate to tell whether the drug is effective or safe.

“At the same time, at this point in this epidemic, which is just starting to crescendo, I appreciate reaching out to repurpose drugs that have excellent safety profiles, like hydroxychloroquine, so I am enthusiastic,” he said.

Still, he stressed the importance of pursuing the drug as a possible treatment for coronavirus, which has infected more than 32,000 people in the United States, and caused at least 400 deaths nationwide, according to reports.

“The data for hydroxychloroquine from a lab perspective is promising and people are right to be interested in using it,” Putman told Healio Rheumatology. “We absolutely need to be pursuing any promising option for this crisis. However, the data from a clinical perspective is currently of very low quality.”

“As far as I can tell, this is all we have: There are reportedly 100 patients in a trial from China who did well, but to date nobody has produced those numbers,” he added. “Until their publication, it is impossible to know the strength of those data.”

There is also a small French study of 42 patients, according to Putman. However, this study was not of high quality and suffered two “fatal flaws,” he said. First, the control group comprised patients at other institutions and individuals who refused or could not receive hydroxychloroquine.

“That is not a real control group and should not be conflated with a real trial,” Putman said.

The second flaw is that six patients from the treatment group were lost to follow up, he added.

“We know that three of them went to the ICU and one of them died,” Putman said. “The authors did not get data on these patients, instead just dropping them completely from analysis.”

However, in the interim, hospitals will likely be offering hydroxychloroquine to patients with severe COVID-19, which in Putman’s view is appropriate given the current level of evidence.

“I suspect that many will extend it to patients with non-severe disease as well, which is a more complicated question,” he added. “Overall, I think we should be judicious in our use of this medication.”

Panic, Hoarding and Unsafe Use

As if to illustrate these concerns over the drug’s use for COVID-19, health officials in Nigeria on Friday issued a warning over chloroquine after three people in the country overdosed on the drug.

According to CNN, a Lagos state official said these people took the drug after Trump made his comments about using it to treat COVID-19.

“We certainly do not want patients for COVID-19, COVID-19 infected patients, or the general public for that matter taking this medication in the hopes of some benefit without sufficient data to warrant its use,” Andrew A. Moshfeghi, MD, MBA, of the University of Southern California Roski Eye Institute, at the Keck School of Medicine, told Healio Rheumatology. “Or without an awareness of the potential long-term damage to their vision if used indiscriminately or without being followed appropriately.”

An associate professor of clinical ophthalmology, and director of the vitreoretinal surgery fellowship and the clinical trials unit, Moshfeghi added that although the drug has an excellent safety profile in the short-term, there are long-term ocular safety complications of this drug when used for years and years in susceptible patients.

Aside from safety concerns, other potentially major issues regarding Trump’s announcement include the possibility of delays, hoarding and shortages, according to Calabrese.

“What I fear is that in this now frantic race to give this drug, it may really prolong that period of time until we have controlled observations to determine whether it is effective or not and has an adequate safety profile,” he said.

“Part of the blowback of this now that it has been aggrandized as a potential ‘gamechanger,’ which I think is just the wrong language to use when talking to people about drugs in development in the course of a global panic and epidemic, is that there will be drug hoarding, and people will take it into their hands and use it prophylactically,” he added. “This is not the way we want to roll into a therapy that is potentially effective.”

Calabrese also said that he already received emails and messages regarding patients with lupus and other conditions who have been told by their pharmacists that they wouldn’t be able to fill their hydroxychloroquine prescriptions in a timely manner.

“And this is just 24 hours later,” he said. “We don’t know what will happen from here. I have heard that they are going to be ramping up production. However, we desperately need to answer the question first.”

Putman has also heard reports of shortages, but later stated there is likely enough of the drug to treat patients with rheumatic diseases as well as those with severe COVID-19, at least in the short-term.

However, if the drug is approved for COVID-19, shortages are likely as hospitals and physicians expand its use, he added.

“I am definitely worried about hydroxychloroquine shortages,” Putman said. “We do not know how much is out there, but shortages and sold out pharmacies have been reported around the country. If I were to guess, I would say that we have enough for our patients with rheumatic disease and for critically ill patients with COVID19. As we expand beyond that, I suspect we will encounter substantial shortages. In the future this will not be a problem, but it may take time to ramp up production.”

Such a shortage could mean reduced doses for patients with lupus or rheumatoid arthritis, according to Calabrese. For his own patients, he suggested that he may advise those with lupus to cut their current dose in half to stretch their prescriptions.

“I can tell you from my own personal perspective, knowing what I do about hydroxychloroquine and my own patients with lupus, if this shortage appears real, I am going to tell my patients to cut their dose down,” Calabrese said. “Cut it in half to make their current prescription last longer.”

“Hopefully, this surge for needing this is not going to be indefinite, and we know that we are going to see this pandemic peak over the next few months,” he added. “I think that is logical considering the way this drug is distributed in tissues that has long-lasting affects. That is my practical recommendation for patients until we know more.” – by Jason Laday

COVID-19 has been an unprecedented event in our lives. When faced with a new illness, and patients are getting sick so fast, we want to be able to do something for them. So, it’s great that the medical community has been looking at old data to try to figure out what treatments may work. However, it remains to be proven whether hydroxychloroquine is effective or not.  Do the data show that it can actually help our patients or not? Since this article was published, we now have more data on this medicine that was originally an antimalarial medication, but, over time, researchers found it was helpful for certain autoimmune diseases.

In the first study that gained attention, investigators in France used hydroxychloroquine alone or with an antibiotic that treats bacteria.  The researchers said they thought they were seeing some benefits with it, and it was more beneficial if the two drugs were used over just one. In an even more recent study conducted in the Veterans Hospital in the United States, researchers looked at hydroxychloroquine with azithromycin and compared results with patients not getting either medication. They did not detect a benefit. In fact, patients on the drugs might not have done as well.

In those two studies, researchers observed differences between the groups of people who received the medication and those who did not.  However, there may have been variables, or differences, between the groups that caused the physicians to choose to treat some with the drug and others without the drug. Such variables can impact the outcome of a study. A randomized controlled trial -  with no major differences between the groups and in which half the patients are assigned to be treated with the medication and the other half are treated with placebo -  is one of the best ways to determine if the medicine has true efficacy. There are situations when we are concerned that a randomized, controlled trial is not ethical because some of the sick patients receive a placebo. As we move forward, it remains important that we stringently review the studies and data, and we ethically move forward to get better therapies.  The bottom line is that, in this situation, it is unfortunately possible to have a study that suggests a treatment is effective when, in fact, it may not be. More research is needed to determine if hydroxychloroquine is effective.