Although advocacy has always been an important part of health care, it is especially critical today in light of seemingly constant changes to health care legislation. While the Affordable Care Act has greatly expanded affordable health insurance to millions of Americans — reducing the number of uninsured from 48.6 million people in 2010 to 29.7 million in 2018 — the skyrocketing growth in U.S. health care costs continues to hamper adequate care.

There are many providers in practices across the country who would like to see concerns regarding the delivery of high-quality rheumatology care brought to the table at the legislative level. However, when it comes actual advocacy, willingness is only half the battle — it takes know-how. With this in mind, the Coalition of State Rheumatology Organizations (CSRO) has stepped up to teach those willing few how to advocate on behalf of rheumatology practices and their patients.

Michael Schweitz, MD, chief of the division of rheumatology at Good Samaritan Medical Center in West Palm Beach, Florida, was on the ground floor of CSRO: A gathering of state society presidents discussing the common problems concerning rheumatologists nationwide.

In an interview with Healio Rheumatology, Schweitz recounted that “we came together around 2001 or 2002 because a group of practicing rheumatologists recognized that the world of rheumatology was about to change” with the coming of infusible biologic therapies — in particular, infliximab (Remicade, Janssen). 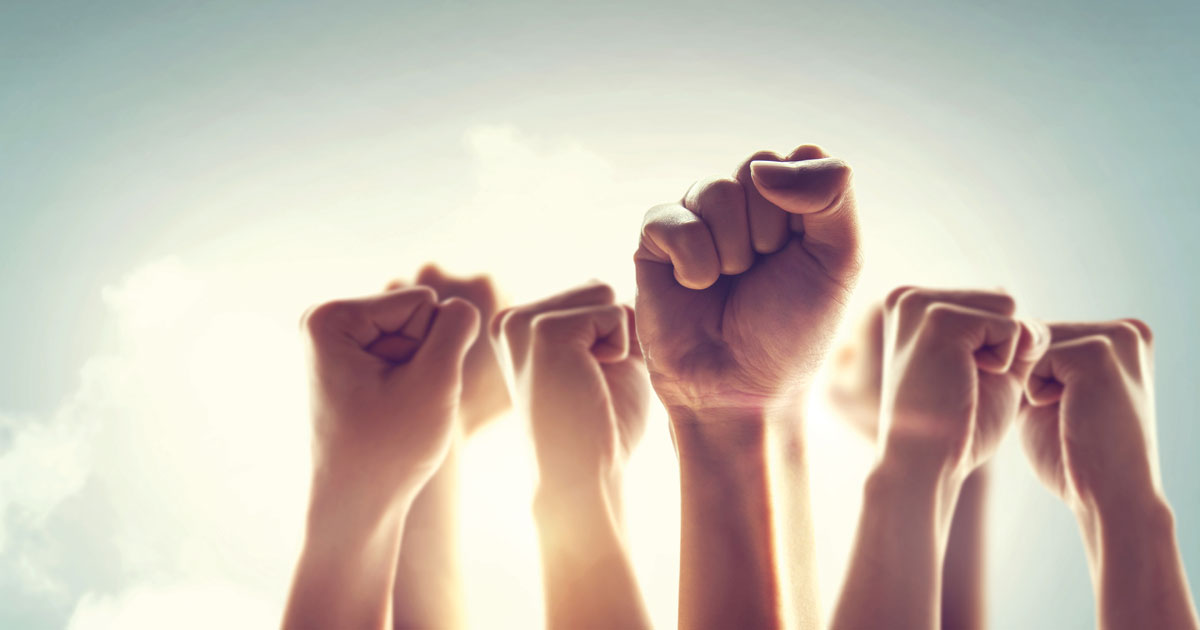 The Coalition of State Rheumatology Organizations (CSRO) aims to teach those willing few how to advocate on behalf of rheumatology practices and their patients.
Source: Adobe

“The key event that transpired was that CMS was going to reimburse the in-office infusion of infliximab as a saline, rather than as an actual drug,” Schweitz said. “There were 11 of us practicing doctors from different states around the country who thought that was wrong and counterproductive for patients, for rheumatologists and even from a business model perspective.”

The 11 doctors organized and went to Washington, D.C., and Baltimore to talk to CMS and Congress about the incongruity of that kind of reimbursement structure. “Oncologists were being reimbursed appropriately for immunosuppressive and chemotherapy drugs,” Schweitz said. “We were worried about what would happen when rituximab [Rituxan, Genentech] and the next generation of biologic rheumatology drugs came out.”

The model had to be cemented from a business, patient care, and access perspective, according to Schweitz. “Ultimately, after petitioning, we were successful in advocating for CMS to make the change we suggested,” he said. “They recognized that they had to be reasonable in reimbursement for that treatment to be done in the office setting.”

Schweitz and his partners realized that they could impact policy through advocacy. “That was the lesson,” he said. “At the time, there was not much advocacy going on in rheumatology.”

The old adage that “all politics is local” was at the heart of the CSRO platform, according to Schweitz. “In that initial group, there were doctors from Florida and New York that had very active societies, as well as doctors from other states that had little or no infrastructure for advocating,” he said. “We recognized that we needed to help those states with less robust rheumatology organizations to impact the changes that were going to come to our practices moving forward.”

The doctors understood that health care overall was becoming much more complex. “We recognized that being a physician would require a much more focused administrative process,” Schweitz said. “We wanted to help by offering a place where rheumatologists and their practice managers could network and share best practices. CSRO grew from there.”

Following the official incorporation of CRSO in June 2003, Schweitz would go on to serve as the organization’s second president and has since maintained close ties, fostering its continued growth and advocacy efforts in rheumatology.

One particular point of pride for Schweitz is the establishment of the National Organization of Rheumatology Managers (NORM), which grew out of CSRO. Established in 2005 to promote and support education specifically catered to rheumatology among practice managers, administrators and office staff, NORM has since gained its independence from CSRO as its own 501(c)6 nonprofit.

“NORM is an incredibly important organization in rheumatology today, and we at CSRO are proud that it is part of our legacy,” he said.

Madelaine A. Feldman, MD, the third president of CSRO, told Healio Rheumatology that her personal story of joining the CSRO board of directors dovetails with the organization’s ethos. “I was inspired to start the Rheumatology Alliance of Louisiana in 2004 when CSRO co-founder Greg Schimizzi, MD, came to New Orleans and explained the importance of advocacy for our specialty,” she said.

When Hurricane Katrina hit the following year, many rheumatologists and their patients were separated from one another. “The only organization to help local rheumatologists was CSRO,” Feldman said. “They gave us money to put ads in newspapers to let patients — many of whom had been thrown about in the aftermath of the storm — know where we were and how they could find us. It definitely helped many patients find their rheumatologists.” This confirmed for Feldman that the doctor-patient relationship was of paramount importance to CSRO.

The key objectives of the organization include promoting state rheumatology society activities that advocate access to high-quality medical care for patients with autoimmune inflammatory and degenerative diseases, assisting state or regional organizations to become formalized societies and provide leadership on rheumatologic and musculoskeletal health issues through advocacy, awareness, communications, education and sharing of research.

In addition, CSRO aspires to provide a network for state societies to exchange pertinent information, while fostering collaborating with other similar organizations at the state, national, international and private levels. In the interest of advocating the importance of rheumatology care, CSRO also offers education to insurers, government officials, corporations and other entities that impact patient care in the form of legislation.

“We are extremely active in both federal and state legislation,” Feldman said. “Near the end of 2018, we led a coalition of organizations in Indiana to help introduce nonmedical switching legislation. Although it did not pass this year, we feel strongly that our support will help it cross the finish line.”

Experience on the insurance committee of American College of Rheumatology has helped Feldman understand the impact that insurance policies have on access to care for patients.

Several years ago, CSRO began to investigate how formularies were constructed and why certain drugs were preferred. Insurance executives were brought into the fold and shed light on the impact pharmacy benefit managers (PBMs) have on access, purchasing and cost of medications.

“We decided to start an organization that educates everyone from patients to legislators on how the behaviors of PBMs that can block patients’ ability to get the right medicine at the right time for an affordable price,” Feldman said. “This is how the Alliance for Transparent and Affordable Prescriptions (ATAP) was born with the help of ACR and many other organizations.”

CSRO is also assisting with a number of bills at the state and federal level targeting transparency and regulation of PBMs, including the backlogs they can cause. “We can prescribe from now till kingdom come, but if the patient cannot get the medication in a timely fashion, or at an affordable price, disease activity can worsen,” she said.

Feldman is realistic about the juggernaut that PBMs have become, and how difficult it may be to arrive at a system where they are fulfilling their intended role of passing savings onto patients in a way that is transparent and not profit-driven.

It is for this reason that CSRO has placed a premium on helping create new advocates at the state and federal level, which involves grant money to start organizations or engage in advocacy. “That money can be used to pay fees and accountants,” Feldman said. “We also come in with the practical ‘nuts and bolts’ help needed to get the ball rolling. We give them templates for bylaws, and all the information needed to become a 501(c)(3). We do not just give them $5,000 and say, ‘Go to it.’”

Some of the people who are hoping to start organizations may have a hard time understanding exactly what advocacy is, according to Feldman. “In addition to traveling to D.C., there are grassroots approaches like writing letters to the editor of the local newspaper or appearing on local TV or radio shows to discuss issues facing rheumatologists and their patients in that particular state or region,” she said.

“Another important role we play is finding physicians who are interested in testifying before their state legislature,” Feldman said. “Once we have found those people, we can help them build confidence in their ability to testify and give them talking points they can use to deliver real results.”

“As we look to the future, we hope that we will not need to continue this road show on PBMs,” Feldman said. “But until the issues of transparency on formulary construction and price concessions are resolved, we will continue to be busy with that.”

Ensuring that the physician-patient relationship is at the heart of treatment decision-making is another goal for CSRO, along with helping with access to care in the face of a growing workforce shortage.

Looking to the federal level, Feldman has previously testified before the U.S. House Energy Subcommittee on Health, a subcommittee within the Committee on Energy and Commerce, and is willing to do so again. “I will continue to advocate for transparency within the drug distribution system and for patients receiving the benefits of any price concessions given by pharma to PBMs,” she said, adding that her testimony may raise awareness of these important issues.

“It is easy to get discouraged when we are attempting to overcome these big obstacles,” Feldman said. “But small victories like that can give us momentum. Patience, persistence, and compromise are the words of the day when it comes to advocacy.” — by Rob Volansky