One-year delay in diagnosis common for Down syndrome arthropathy

ATLANTA — Patients with Down syndrome arthropathy experience a year-long delay from symptom onset to diagnosis, according to a presentation at the 2019 ACR/ARP Annual Meeting.

“We have found that there is a high incidence of these children with Down Syndrome who are presenting with arthritis,” Jordan T. Jones, DO, MS, assistant professor of pediatrics at the University of Missouri-Kansas City School of Medicine, said during a press conference. “It does seem to be more predominantly small joints and more aggressive in onset with more erosive disease when it presents, with many joints being affected.”

“The other important thing that we see in these children is that there is a really big delay from the time of symptom onset to the time of diagnosis,” Jones said. “Obvious reasons [include] symptoms are not being well described, and these children present with a lot of motor function delays that can be passed off as typical of down syndrome development, even though that might not be the case.”

To illustrate the clinical manifestations unique to arthropathy patients with Down syndrome, Jones and colleagues used the Childhood Arthritis and Rheumatology Research Alliance (CARRA) Registry to identify children with juvenile idiopathic arthritis (n= 7,337) for whom Down syndrome was documented as a coexisting condition (n=36). From this cohort, the researchers collected data included demographics, disease characteristics, laboratory results and treatment exposure. 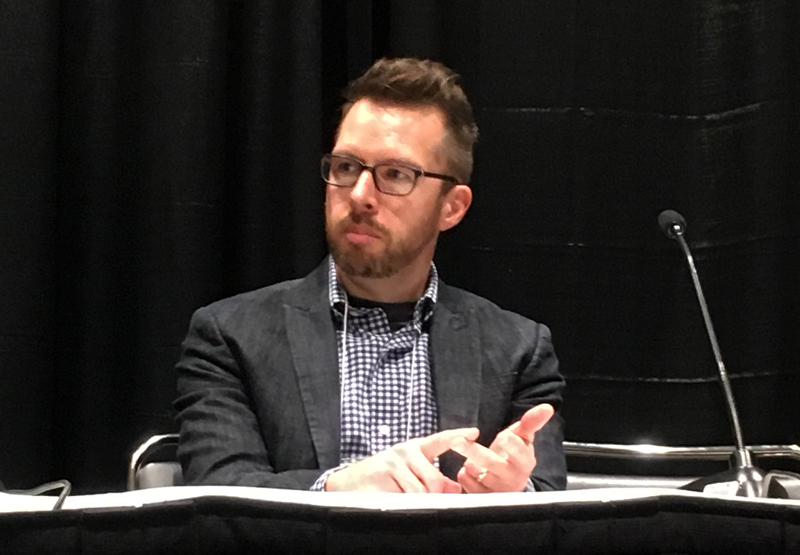 Patients with Down syndrome arthropathy continue to have an approximate year-long delay in diagnosis from the onset of their symptoms, according to findings presented at ACR/ARP 2019.
Source: Healio

According to study results, among patients with Down syndrome arthropathy, the average age of onset for musculoskeletal symptoms was 7.1 years with an average delay of 11.5 months to diagnosis for JIA.

“In the vast majority [of patients] presenting with polyarticular disease, there was an almost one-year delay from symptom onset to diagnosis, which is improved from the literature, but is still a very long time between the symptoms and the diagnosis,” Jones said.

The researchers also found that, at patient diagnosis, 64% presented with polyarticular, rheumatoid factor-negative disease and 39% reported morning stiffness with an average of four active and four limited joints. Additionally, 22% of patients exhibited elevated inflammatory markers, while 33% were positive for ANA and 17% were positive for HLA-B27.

The researchers noted that among patients prescribed DMARDs, 54% had at least one change of their DMARD, and 55% were forced to change from one biologic therapy to another as a result of inadequate response.

“We have to find out how to screen for this better and decrease this time between symptom onset and diagnosis,” Jones said. “After we diagnose them — we are getting pretty good at characterizing them — we have to figure out what is the optimal treatment, as well as the optimal way to escalate and deescalate therapy. Moving forward, how can we implement earlier screening to get these kids to pediatric rheumatologists quicker or to appropriate care quicker? We are still not there as these kids still have a very high disease despite being treated very aggressively.”– by Robert Stott