Children with Down syndrome have higher risk for arthritis, delayed diagnosis

ATLANTA — Children with Down syndrome are at an increased risk for arthritis at a rate that is two to three times higher than previously reported, according to data presented here. However, diagnosis is often delayed for myriad reasons.

“Children with Down syndrome ... have an increased risk of a number of medical conditions. For example, over 50% will be born with congenital heart disease, and they have an increased risk for autoimmune diseases,” Charlene Foley, MBBS BSc, MRCPCH, PhD, clinical researcher at the National Centre for Pediatric Rheumatology at Our Lady’s Children’s Hospital in Crumlin, Ireland, said during a press conference.

According to Foley, the Down Syndrome Medical Interest Group recommends annual screening for hypothyroidism in children with Down syndrome due to their 28-fold higher risk for the disease compared with children without Down syndrome.

“What’s not included, and what you don’t really read [about], is the increased risk for arthritis associated with Down syndrome,” she added. “And therefore, children with Down syndrome and arthritis are presenting with irreversible joint damage at diagnosis, which would be impacted if we were identifying this arthritis earlier in the disease course and therefore instigating treatment.” 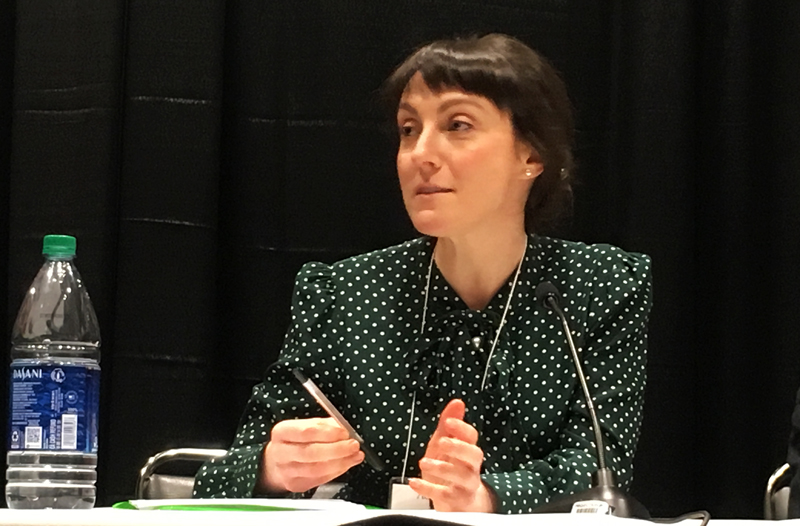 The prevalence of arthritis in children with Down syndrome may be two to three times greater than previously reported, according to data presented by Charlene Foley, MBBS BSc, MRCPCH, PhD.
Source: Healio

Foley and colleagues evaluated whether arthritis — also known as arthropathy of Down syndrome — occurs at a higher rate among children with Down syndrome compared with those without. Additionally, they documented time to diagnosis and described the clinical, radiographic and laboratory findings at diagnosis.

Patients with Down syndrome aged 0 to 21 years were invited to undergo musculoskeletal examination over an 18-month period. Those with suspected arthropathy of Down syndrome (A-DS) were re-examined by a second clinician and underwent treatment according to normal clinical practice for juvenile idiopathic arthritis.

Eighteen new cases of arthritis were identified after screening 503 patients, and 33 children (7%) were identified as having A-DS, suggesting a prevalence of 20 in 1,000. Most children presented with polyarticular RF-negative arthritis, which was most prominent in the small joints of the hand and wrist (30% of the cohort).

According to Foley, the diagnosis came as a shock to a lot of the parents whose children were involved in the study. The children often had changes in behavior — “simple things, like not wanting to hold their parents’ hand or difficulty coming down the stairs. In a few of the cases, parents had concerns and sought help with a health care professional but were told it was behavioral problems secondary to Down syndrome, or there was difficulty examining these children because they’re often not cooperative for musculoskeletal examinations,” she said.

A key takeaway she noted: “If you only have a snapshot or a second to examine a child, look at the hands first because we found that the arthritis often affects the hands in children with Down syndrome.”

Foley and colleagues also observed a significant delay in diagnosis attributed to:

Based on this, she recommends having a low threshold to refer for MRI, “because sometimes history and examination just aren’t enough in children who can’t articulate pain.”

“Our next step is to collaborate and look at things further to better understand the pathogenesis of Down syndrome-associated arthritis to enable us to come up with more personalized treatment plans,” she said. “... The future is bright and it’s exciting, but there’s more work to do.” – by Stacey L. Adams