Most physicians tend to be skeptical of fad health trends. Goat yoga and appetite suppressant lollipops are shockingly — shockingly — popular in certain social media circles, but whether they actually work toward the desired end is another matter altogether.

One can only imagine the look on a physician’s face when confronted with a patient earnestly asking if the downward dog pose with young goat could have significant health benefits. With this in mind, a group of researchers aimed to ask some pointed questions about the efficacy of another increasingly popular health trend: A low gluten or gluten-free diet.

Aaron Drucker, MD, a scientist at Women’s College Research Institute and assistant professor in the department of medicine at the University of Toronto, and colleagues, suggested that associations between gluten and autoimmune diseases such as psoriasis, psoriatic arthritis and atopic dermatitis are poorly understood.

Using data from women in the Nurses’ Health Study II, they calculated gluten intake every 4 years for 85,185 participants in the psoriasis analysis, 85,324 in the PsA analysis and 63,443 in the atopic dermatitis analysis. 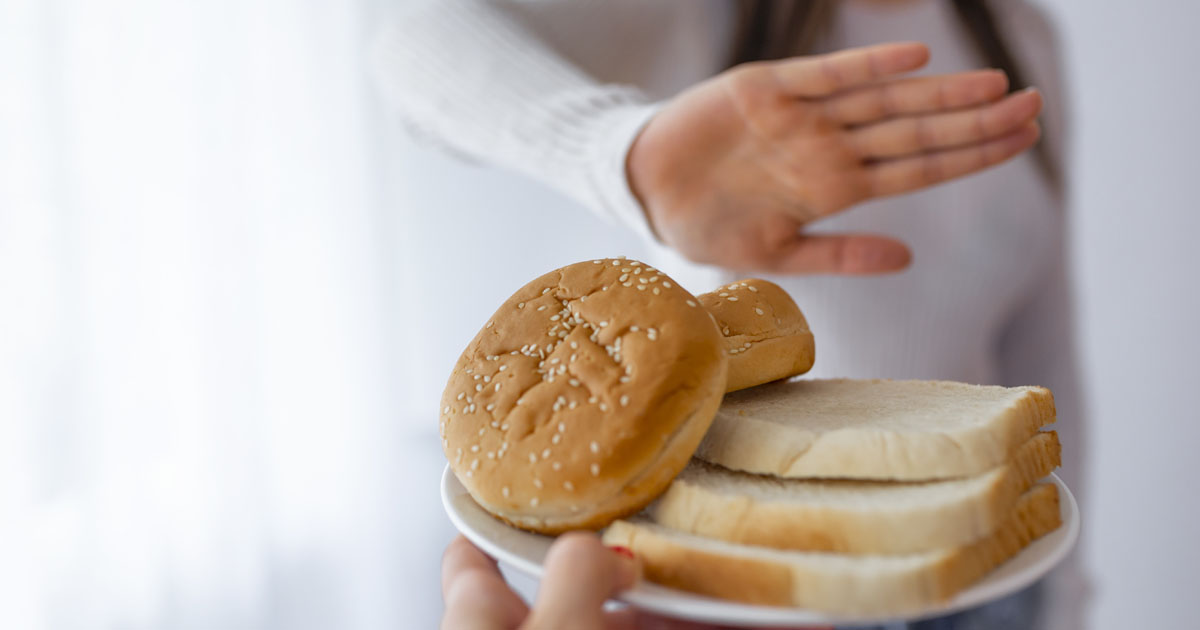 A group of researchers aimed to study the efficacy of low-gluten or gluten-free diets.
Source: Adobe

While the researchers acknowledged that there was no assessment of a strict gluten-free diet, they concluded that gluten failed to emerge as a risk factor for the studied diseases in adult women.

Healio Rheumatology sat down with Drucker to discuss fad diets, the findings of this study, and whether further study of a gluten-free diet in the rheumatic diseases is warranted.

Q: What prompted you to conduc t this particular study in this way?

Drucker: Many of our patients ask about various interventions that may or may not improve their condition — they want to explore any avenue to try to make their skin disease better. One thing they often ask about, or start on their own, is whether there is anything in their diet that may have an impact. Gluten frequently comes up as a potential factor that patients wonder about modifying.

Q: Could you discuss the methods of your study?

Drucker: Using the cohort from the Nurses Health Study II, we sent them questionnaires every 2 years regarding various health-related information; every 4 years, we asked about dietary intake. We were able calculate their general gluten intake from the information we received. Of course, there was information about all kinds of other health conditions, but we focused on psoriasis, psoriatic arthritis and atopic dermatitis as a function of the amount of gluten these women were eating.

However, there were a couple key limitations, with a major limitation being that we could not assess a purely gluten-free diet, because there was no question in the survey that asked, “Do you eat no gluten?” The second limitation is that their gluten intake is based on averages — the average amount of gluten in various types of bread and pasta, etc. — and their ability to recall this intake over time.

Q: Was there any specific reason you chose women from this particular cohort?

Drucker: It was largely a data access issue. The Nurses Health Study II is a large cohort of adult women. The men’s version of that study did not have all the data we would need to do our analysis. We definitely think that it would be worthwhile to replicate this study, or one like it, in men.

Q : Why do you think gluten-free diets are so popular?

Drucker: It is hard to say. There are clear diseases that are linked with intake of gluten, specifically celiac disease and dermatitis herpetiformis. More broadly, we can see clearly that gluten can impact the health of certain people. Over time, we have seen more anecdotal reports of people feeling better when they take gluten out of their diets. That has inspired people to cut it out of their diet, even if they do not have celiac disease. Being a dermatologist, my patients with skin diseases are often curious about any kind of dietary intervention that may benefit their condition. From my experience, this is one reason why the gluten-free diet has become popular.

Q : Is there any way a gluten-free diet could negatively impact patients with psoriasis, psoriatic arthritis or atopic dermatitis?

Drucker: The biggest potential negative impacts are taste and cost. Food tastes better when it has gluten at in it, and a gluten-free diet usually costs more than a regular diet. In terms of other potential detrimental health effects, I am not a dietitian, so I am not certain. However, my understanding is that in order to make up for lack of taste, people may be putting more oil or salt on their food, which can lead to a higher fat intake and generally more caloric content overall. However, another expert may be more familiar with the data surrounding this.

Q : Considering the general body of evidence surrounding a gluten-free diet, what are the data telling us now?

Drucker: Clearly, patients with celiac disease and patients with dermatitis herpetiformis must avoid gluten, since these are the diseases with the most evidence associated with gluten intake. Everything else is controversial. Certain people report feeling more bloating or other nonspecific gastrointestinal problems with gluten, but this is purely anecdotal. As for psoriasis, psoriatic arthritis and atopic dermatitis, there is not a strong body of literature. What I can say is this: Gluten intake is not essential to a healthy diet.

Q : Do you plan on conducting further stud ies — perhaps prospective or randomized in nature — to see if gluten is a causative agen t for these diseases ?

Drucker: I came at this research with a great deal of skepticism. I thought it might be possible that we would see some sort of signal, albeit a weak one — that perhaps there might be something there, but not statistically significant. However, we did not find a whole lot. That said, there were the limitations as I mentioned. A better study could be done, without those limitations. It might be worth it.

Q : What are the possible effects of a gluten-free diet in the setting of psoriatic diseases and atopic dermatitis?

Drucker: There is just not much evidence out there that it does have an impact on these diseases. This research does not fly in the face of a large body of previous literature showing the opposite conclusion. As a dermatologist, if I am going to make a recommendation to my patients, I want there to be some evidence to back it up. For me, there is just not evidence that patients should be avoiding gluten to prevent psoriasis, PsA or atopic dermatitis.

I tell my patients that if they cut a particular food out of their diet and their skin gets better, we are not certain why that might have happened because there is no good reason for it in the literature. I would counsel them that the improvement may be anecdotal, or that it is very possible that their condition could worsen again.

Q : W hat would you say if your patient was convinced that a gluten-free diet is the reason for their improvement?

Drucker: I suppose I would encourage them to go with it — I certainly would not argue with them. There are no major harms to removing gluten from your diet. Alternatively, its worth considering that, since there is not a vast body of literature on this topic, removing gluten could actually be preventive or lead to improvement in these conditions for a subset of patients we just have not discovered yet. – by Rob Volansky