There have been nearly 1,100 measles cases in the United States in the first half of 2019 — more cases of measles than in any year since the disease was declared eliminated in the U.S. in 2000. As of July 25, 30 states have reported cases of measles, with outbreaks currently ongoing in five jurisdictions across the country.

Driven by nationwide lapses in vaccination rates and the subsequent breakdown in herd immunity, these outbreaks pose particular concern for several vulnerable patient populations, notably immunocompromised patients and those whose prescribed treatments increase their susceptibility to infection.

“Measles is one of the most contagious infectious agents in the world,” Cassandra Calabrese, DO, of the Cleveland Clinic, told Healio Rheumatology. “In an unvaccinated population, one person infected with measles could potentially infect 90% of that group. More importantly, the virus expelled from an infected patient’s respiratory secretions can linger in the air for up to 2 hours after the person has left the room, so unvaccinated persons can get infected even without being in direct contact with an infected patient.”

As measles cases continue to mount — the CDC recently warned that the U.S. could soon lose its measles elimination status — concerns have been raised that patients with inflammatory diseases, particularly those treated with TNF inhibitors, could be at an even greater risk for measles infection. 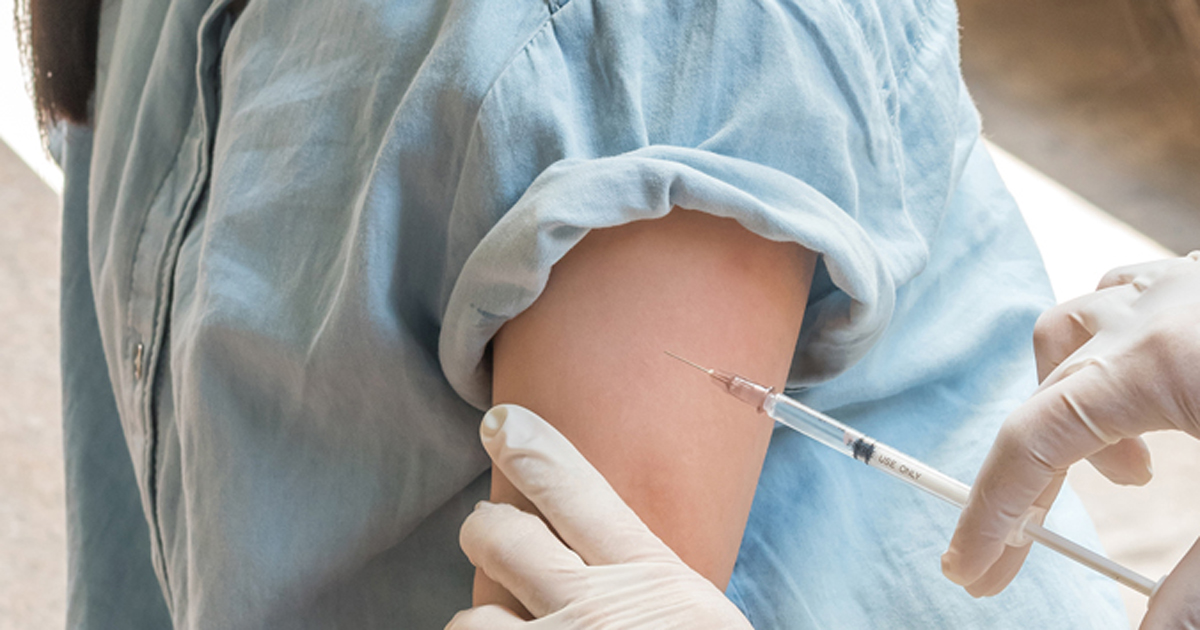 “As with all biologics, the risk of infection is increased in the setting of TNF inhibitors,” Calabrese said. “There is no data that I know of specifically looking at measles risk, but we can surmise that the risk is elevated. More importantly, the risk of complication from measles is increased in patients receiving biologics.”

The growth of measles cases and the risk for infection among patients with inflammatory diseases raise questions for which there are few answers and fewer data to guide physicians. Although the key tool for preventing the spread of measles and protecting those at higher risk is a sufficiently vaccinated population, many physicians treating these patients have proactively incorporated vaccination discussions into clinical encounters as they warily observe the ongoing epidemic.

For Dennis K. Ledford, MD, Ellsworth and Mabel Simmons Professor of Allergy/Immunology at Morsani College of Medicine at the University of South Florida, dealing with a patient on TNF inhibitors who has suspected or confirmed measles is largely about stratifying risks. “The majority of patients receiving TNF inhibitors are not considered at risk because of presumed immunity,” he said. “You would have to look at individual patients to determine what their risk would be. You have to consider the timing of the exposure based on when TNF inhibitors were initiated, as well as the level of exposure or the proximity. There are no blanket statements to be made here — medicine is an art based on science.”

Although TNF inhibitors have demonstrated an increased risk for infection and reactivation of latent infections, Ledford noted that it is not the patient’s potential for infection but the severity of the potential infection that is cause for concern.

“In terms of precautions and exposures, infection risk is infection risk,” Ledford said. “The issue is not the level of risk, but the potential severity of measles. It would be like comparing hepatitis B and rhinovirus — clearly, hepatitis B is a much more serious infection. Measles can cause encephalitis and other complications, which makes it a higher level of concern.”

However, whether that level of concern is warranted for these patients remains to be seen as the data remains sparse, according to Karmela Kim Chan, MD, a rheumatologist at the Hospital for Special Surgery.

“We don’t actually know specifically if TNF inhibitors increase the risk of measles,” she said. “We don’t know if being on a TNF agent affects someone’s immune status — if the TNF blocker somehow causes immunity to measles to wane in someone who has previously been vaccinated. Even so, it seems that in patients who do get measles despite having been vaccinated, the measles case is not as severe.”

However, Chan noted, “It is useful to bear in mind that for the 2018-2019 flu season, the CDC estimates that there were about 40 million influenza illnesses. Compare that to only 971 cases of measles in the first five months of 2019. Just by virtue of likelihood of exposure, our patients are far more likely to suffer with the flu rather than measles.”

When dealing with possible measles exposure in a patient being treated with TNF inhibitors, Calabrese suggested that the first step is to find out the immunization status of the patient.

“If an immunocompromised patient is potentially exposed to measles and it is unknown or unable to be determined that they have been appropriately vaccinated, they can be offered post-exposure prophylaxis with IV immunoglobulin within 6 days of exposure,” she said. “It is also of the utmost importance for potentially infected patients to stay away from others, especially crowded areas — including physician waiting rooms — to decrease the risk of infecting others.”

Chan added that the decision to offer immunoglobulin should be shared between the physician and the patient, but that there are currently no recommendations to guide the process.

“It is not currently standard practice for rheumatologists to check the immunity of their patients,” Chan said. “If a patient’s vaccination status is not known, and they frequent a location where there is a measles outbreak, I am happy to check their antibody titer for everyone’s peace of mind.”

Calabrese noted that other high-risk groups include college students, health care workers and international travelers. “These groups should have received two doses,” she said, but offered the caveat that appropriately vaccinated patients might have waning titers and should still be considered protected. Also, little is currently known about how short- or long-term exposure to TNF inhibition impacts titer levels and, consequently, immunity.

The next question, then, is whether, and when, to vaccinate a patient who requires treatment with TNF inhibitors. Ledford noted that the package labels recommend avoiding live virus vaccines with TNF inhibitors. “However, it is not a contraindication, but a warning based on the fact that exposure to a live virus actually would be a risk, too,” he said. “There is no epidemiological data to confirm that risk, so most of this is based on theoretical concerns and not on proof.”

If the decision is made to vaccinate, there are further logistics to consider, according to Ledford. “Do I stop giving TNF inhibitors in a patient with negative titers?” he said. “How long do I wait before I restart?”

He suggested that some clinicians might stop TNF inhibition for 8 to 12 weeks, administer the vaccine, and wait another 4 to 6 weeks before reinitiating the drugs. “But these are just suggestions and not based on data or recommendations,” he said. “Also, there may be a time crunch where the schedule has to be shorter, which will need to be discussed with the patient.”

Like many experts, Calabrese said she would highly consider holding immunosuppression for vaccination of high-risk groups, particularly international travelers or those living in or traveling to current outbreak areas in the U.S.

Once the timing of the vaccine has been determined, the next question is what type of response it will induce. Ledford noted that there is some evidence that patients who receive TNF inhibitors still respond to vaccinations. “But these are more dead viruses or pneumococcal vaccinations,” he said. “The impact of TNF inhibition on humoral antibody response is a consideration, but there are few data available to determine the extent of this impact.”

Yet another concern is whether physicians should check for mumps as well, according to Ledford. “What if patients are positive for measles but not mumps, or vice versa?” he said. “Do I still give them MMR? What about checking for rubella? How is this going to affect infection risk and immunity?”

As specialist physicians continue to wrestle with these clinical questions, a final concern is the increasing number of primary care providers managing patients being treated with TNF inhibitors. “Infection prevention through vaccination is such an important topic and there are many barriers, with one major factor being miscommunication between primary providers and specialists,” Calabrese said. “Primary care providers often assume we are taking care of vaccines and vice versa.”

Without answers to these questions, Calabrese believes that more patients are likely to start asking providers about whether or not they need their titers checked or receive an additional vaccine; she recommended that physicians ask their patients to make every effort to locate their vaccine records, and go from there.

“With the number of measles cases in the United States continuing to rise, and threatening the country’s measles elimination status, we are going to need to think about this in our patients,” she said. – by Rob Volansky