“Standards from the U.S. Joint Commission ... released in the early 2000s led to increased prescription of opioids for noncancer pain,” Victor S. Sloan, MD, FACP, FACR, vice president and development strategy lead at UCB Pharma, and a clinical associate professor of medicine at Rutgers-Robert Wood Johnson Medical School, and colleagues wrote. “However, the use of analgesics (including opioids) is not addressed in treatment recommendations for AS, and guidelines published by the [CDC] and the American Society of Interventional Pain Physicians have sought to limit opioid use.”

“Despite these recommendations, misuse of prescription opioids remains a major public health issue in the United States, with an estimated economic burden of about $78 billion/year,” they added. “In 2009, deaths from drug overdose (including prescription opioids) outnumbered those from motor vehicle accidents for the first time in U.S. history.” 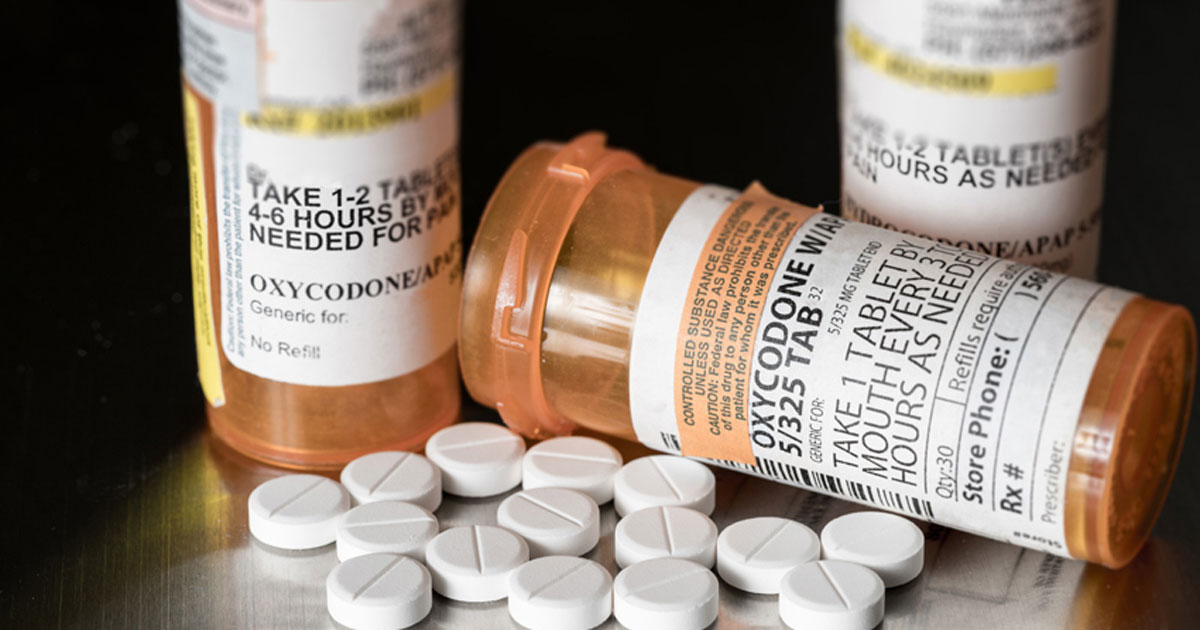 Opioid use is highly prevalent among patients with AS, according to data.
Source: Adobe

To determine the prevalence of chronic opioid use among patients ankylosing spondylitis, and compare them to those with and without chronic opioid use, Sloan and colleagues conducted a retrospective cohort study of information in the Truven Health MarketScan Research database. The researchers combed the database for adult patients with ankylosing spondylitis, with either commercial or Medicaid claims, between Jan. 1, 2012, and March 31, 2017. Specifically, the researchers focused on claims data using the 720.0, M45.x and 720.x ICD codes.

Among the commercial claims data, the researchers identified 11,945 patients with the 720.0 ICD code and 79,190 with 720.x. Among the Medicaid claims data, there were 917 with the ICD code 720.0 and 14,041 with 720.x. Each patient included in the study was assessed for demographic and clinical information in the 12-month period prior to their index date. The researchers used the subsequent 12-month follow-up to evaluate the prevalence and information related to chronic opioid use.

According to the researchers, among the commercial claims data, 23.5% of ICD-720.0 patients, and 27.3% of 720.x patients, had chronic opioid use. These rates among those with Medicaid claims data were even higher, at 57.1% and 76.7%, respectively. The proportion of patients with claims for anti-TNF therapies during the follow-up was often low, particularly among Medicaid patients with chronic opioid use — 29.6% for 720.0 patients and 2.3% for 720.x patients — compared with those without — 47.1% and 7.1%, respectively.

The cumulative supply of opioids among all chronic opioid users was typically high, with at least 270 days worth of doses during the follow-up period. Most opioids prescribed were classified as Schedule II.

“Our findings suggest that opioid prescription is common among patients with AS in the United States,” Sloan and colleagues wrote. “However, several questions remain. The timing of opioid use relative to diagnosis remains unclear. While it is possible that some patients are prescribed opioid analgesics before they receive a specialist diagnosis, for others, there may have been barriers to receiving appropriate treatment even after diagnosis. Though we did limit some analyses to incident chronic opioid users, there are many others for whom this sequence of events would remain uncertain.”

“Nevertheless, the high proportion of chronic opioid users with a supply for 270 days indicates that the issue is both frequent and enduring,” they added. “Thus, there is a pressing need to identify barriers to optimizing AS therapy within the treatment guidelines, to further define the circumstances that underlie chronic opioid usage, and to educate patients and practitioners on more appropriate therapies for the disease.” – by Jason Laday

This is a timely article as opioid use to treat chronic pain is under intense review. In 2001, the Joint Commission issued their Pain Management Standards and pain was the “fifth vital sign” and it was “malpractice not to treat pain”.

Now in light of the opioid crisis as physicians are being told to curtail opioid use, the CDC has introduced new guidelines, and many rheumatologists are now referring chronic pain patients to pain management. A senior colleague told me that he had quit writing narcotics for his chronic arthritis patients because “when I retire, the younger rheumatologists are not going to write them.”

The study by Sloan and colleagues is an interesting article as it was funded and written by a pharmaceutical company (UCB). Little is known about the use of chronic opioids in the ankylosing spondylitis population and this study analyzed this group in contrast to non-opioid users, examining 5 years of commercial claims and 3 years of Medicaid claims.

In the commercial data base analysis, about one quarter of the patients with AS were on chronic opioids, whether they had seen a rheumatologist or not. Depression and anxiety were prevalent in those on chronic opioids (nearly double the rate of non-users). Most opioids prescribed were Schedule II.

Interestingly, claims for TNF inhibitors, DMARDs, and NSAIDs were similar between the opioid and non-opioid groups, but muscle relaxer and oral corticosteroids were higher in the opioid group. In contrast to the commercial database, the Medicaid database showed a much higher opioid use (57%), though the percentage was lower in those treated by a rheumatologist (44.8%).

The authors found that patients were often not receiving medications as outlined in spondyloarthritis guidelines: NSAID first followed by a TNF inhibitor in the case of NSAID inefficiency or intolerance. They found that more than three-quarters of Medicaid SpA patients were taking chronic opioids and the use of opioids was substantial in all cohorts with most patients having ≥270 day supply.

Higher rates of anxiety and depression were seen in the chronic opioid users as were the use of muscle relaxants. Claim data analysis showed between a third and a half of the patients did not fill an NSAID or TNF inhibitor before filling an opioid. This suggests that, for many patients, guideline therapy is not being used early in the course of the disease. Rather, opioids are being used first although they do not target the underlying inflammation like NSAIDs and TNF inhibitors.