Microbiome may contribute to all immune-related disease

DESTIN, Fla. — Multiple human and rodent studies suggest that the gut microbiome likely contributes to all diseases caused by a dysregulation of the immune system, according to James T. Rosenbaum, MD, who heads the division of arthritis and rheumatic diseases at the Oregon Health Sciences University.

“I submit to you that in any disease that has an immune component — whether it’s Alzheimer’s, Parkinson’s, autism, atherosclerosis, obesity, diabetes and any disease that you are seeing in your clinics with an immune component — the microbiome is having some effect,” Rosenbaum told attendees at the 2019 Congress of Clinical Rheumatology. “Whether it’s a small effect or a large effect, it is hard to say, but in these experimental rodents, it’s a huge effect. And one day, we will have therapy that is directed toward repairing or changing, or altering, that microbiome.”

According to Rosenbaum, the gut microbiome is strongly implicated in diseases associated with the human leukocyte antigen (HLA) B27. These include ankylosing spondylitis, anterior uveitis and reactive arthritis, he said, adding that HLA types in general influence an individual’s susceptibility to more than 100 diseases. 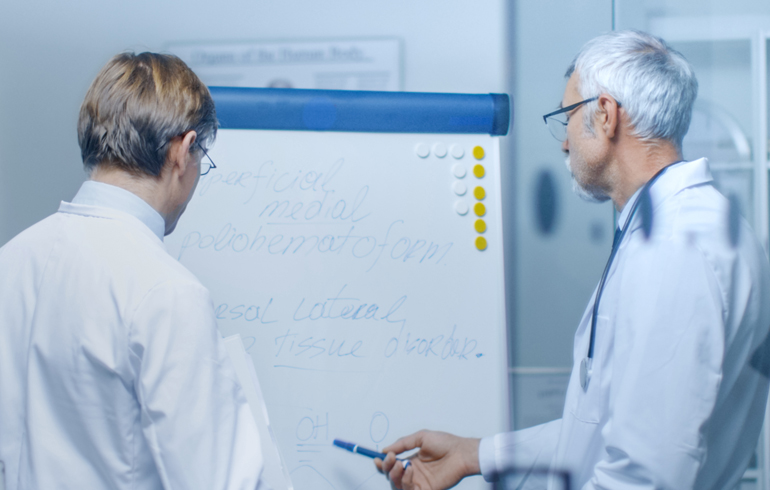 Studies suggest that the microbiome likely contributes to all diseases caused by a dysregulation of the immune system, according to Rosenbaum.
Source: Adobe

In addition, multiple studies of both humans and rodents have shown that HLA molecules, specifically HLA-B27, shape intestinal microbiota that make up the microbiome in humans, which could lead to arthritis, ankylosing spondylitis and uveitis through a number of possible avenues, Rosenbaum said. Potential answers regarding how this occurs include the general effects on the immune response, such as TH17 or FoxP3, as well as lymphocyte or bacterial translocation, he said.

“Here is the idea: From the gut, bacteria can go to joints that become infected with arthritis,” Rosenbaum said. “This really is not such an original idea. In reactive arthritis, 20 years ago, Finnish researchers looked at salmonella products in the knee joint, and they were able to detect it. In a more modern study in 2016 of Crohn’s disease with nearly 300 patients, nearly a third of them had detectable bacterial DNA in their blood. In addition, if you have that bacterial DNA in your blood, you are more likely to have a flare.”

Another study, published in 2001 by researchers in Mexico, detected bacterial products in the joints of patients with juvenile onset spondyloarthropathies, he added.

“So, if this is right, and the microbiome really is actively involved in these diseases, what are we going to do about it?” Rosenbaum prompted.

According to Rosembaum, antibiotics and probiotics would largely be ineffective, as the former would encourage the development of resistance, while the latter lacks adequate quality control and is unlikely to colonize the intestine due to gastric acidity.

The answer, instead, could be changes in diet, or fecal transplant.

However, one of the problems with fecal transplant is that it is temporary, he added. In addition, there are several key, unresolved questions related to how the microbiome is related to ankylosing spondylitis and other diseases.

“We need to know the relative contribution of the microbiome to the pathogenesis, and we need to know at what age we need to direct our therapy and try to change the microbiome,” Rosenbaum added. “In addition, there are limitations to the hypothesis, including the fact that translocation occurs a lot, but it doesn’t always cause inflammation. Are certain bacteria more arthritogenic than others? Why does one person get arthritis from translocation and another does not? These are questions that need to be answered.” – by Jason Laday