Splashy headlines in the mainstream media that proclaim advances in medicine are often not what they seem. That may be the case with a recent series of FDA approvals surrounding the direct-to-consumer genetic testing platform, 23andMe.

A 2017 approval for the product to detect mutations associated with a cross-section of 10 diseases, followed by last year’s approval to detect variants in the cancer-associated BRCA pathway, has pundits speculating whether such technology will be approved to predict risk for other conditions, including those that fall under the rheumatology umbrella. While this may be in the pipeline, it is not reality yet. 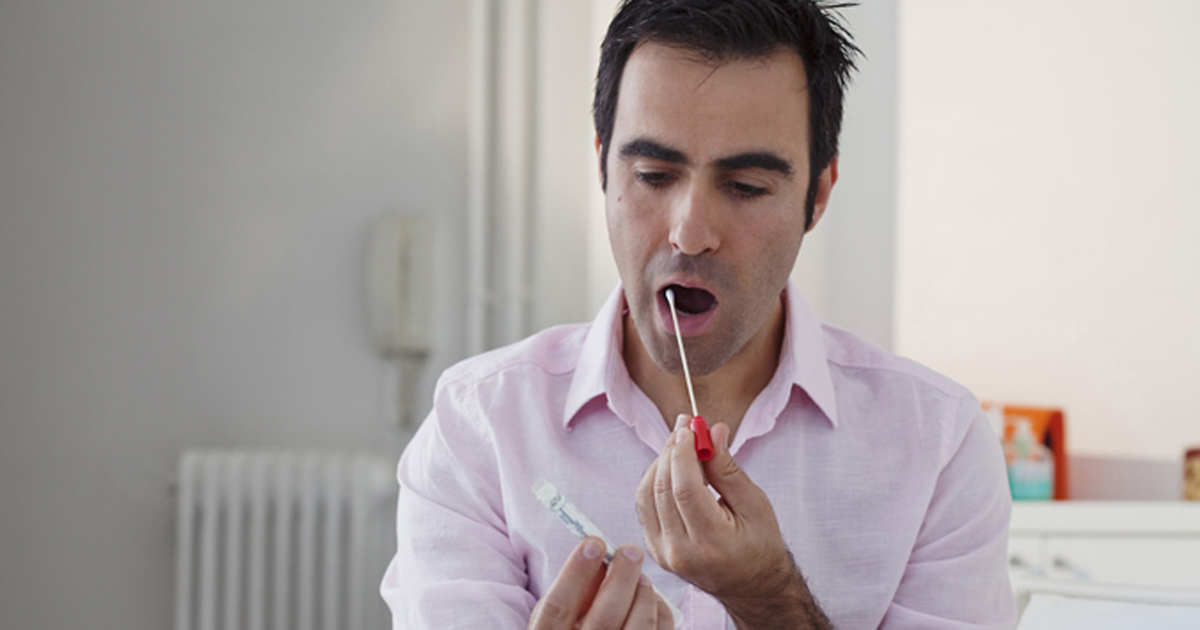 Recent approvals for 23andMe have experts speculating whether such technology could be approved to predict risk for rheumatic conditions.
Source: Adobe

Debra Mathews, PhD, MA, assistant director for science programs at the Berman Institute of Bioethics, and associate professor of pediatrics at the Johns Hopkins University School of Medicine, put these approvals into context.

“What I focus on is the value of the information offered by these tests, the complexity of it, and the interpretation of that information,” she told Healio Rheumatology. “There are several companies performing direct-to-consumer genetic testing, and many of them, unfortunately, are not to be trusted.”

For Mathews, it is important to highlight that even more quality products like 23andMe do not perform whole genome sequencing. “These tests are usually looking for particular spots on the genome that were previously identified in genome-wide association studies to have been associated with disease,” she said. “In the case of BRCA, it is of concern that 23andMe is only returning results on three mutations that are largely relevant in the Ashkenazi population — the absence of any of these variants, especially in someone without Ashkenazi heritage, says very little about a person’s cancer risk.”

This, then, raises the question of where rheumatic and autoimmune diseases will fit into the commercial genetic testing market. Timothy B. Niewold, MD, director of the Colton Center for Autoimmunity at NYU Langone Health, weighed in. “The initial offerings of the genetic testing companies attempted to comment on the risk of rheumatic disease,” he said. “Early products included testing for a number of genetic discoveries associated with rheumatic and autoimmune diseases. However, these data are not really able to offer a strong prediction of individual risk. After the industry became more regulated, it returned to testing traditional risk factors for non-rheumatic diseases that are currently used in clinical medicine, such as BRCA, gene variants related to neurologic disorders, and others. The current testing panel is far less experimental.”

Mathews suggested that a key issue is the gap between the way the tests are marketed and what the information contained in them actually means. “The tests are marketed to everyone, but the studies that lead to the disease risk estimates in the results, and genetic studies generally, are mostly based on people of European descent. Reports suggest that over 80% of the genetic data we have available are from this one group of people.”

This is obviously problematic in terms of applicability of genetic information in more diverse populations, according to Mathews. “This is yet another disparity in health care,” she said.

For Niewold, the concern is that most of the biomarkers used are not diagnostic. “They represent risk factors, but they are not strong enough to take to the clinic,” he said. “Whether you have this allele or that allele doesn’t make a big difference in personal risk for the disease. Even when you add up the known risk factors, this still does not predict disease strongly.  There is much more complexity in genetic risk of disease for our common rheumatology disorders.It’s likely that there are more risk factors that need to be discovered, and that other things like gene-gene and gene-environment interactions would need to be accounted for before you can really predict risk.The science is just not ready for direct-to-consumer genetic risk assessment in most rheumatic diseases yet.”

That said, Niewold sees forward motion in the field. “The pendulum always swings the other way, and there is definitely interest in developing prediction models or risk stratification scores for rheumatoid arthritis, lupus and other diseases,” he said. “The companies that are involved now have more of a working relationship with the FDA. Genetic panels will continue to expand, and companies would like to get into the various niche disease states, such as familial Mediterranean fever which is often caused by one gene, and for which clinical genetic testing is already done. As the science progresses, it may be possible to include more common diseases that have complex genetics like rheumatoid arthritis or lupus.”

Assuming that these consumer products will eventually have the ability to detect biomarkers associated with rheumatic or autoimmune diseases, the next issue is what to do with that information, according to Niewold. “Some tests may reveal a condition that may not present until the patient is in their 60s or 70s,” he said. “Or, it might reveal a condition or disease state for which there is no available intervention. As a patient, you have to consider whether you even want this information.”

A companion concern, for Niewold, is that there is also the chance that the patient will never end up developing the condition highlighted in the genetic profile. “The companies will simply find the information and report it to you, but if the chance of developing the disease is minimal, you may have been better off if you didn’t know,” he said.

In addition, more patients have begun approaching their doctors with information gleaned from these consumer products, which adds further complications. “The companies suggest that you report the findings to your doctor to limit their own liability, but now doctors have to decide whether to act on this potentially incomplete information, or whether it is medically useful.”

There is currently an education gap and a level of discomfort with this kind of information, Niewold suggested. “The American College of Rheumatology and other organizations have been trying to address this gap, but it is tricky because most physicians will not know everything about the all of the disorders tested or the meaning of the genetic results,” he said.

Genetic counselors can help, according to Niewold. “Someone accustomed to having these conversations every day is more equipped than the average general practitioner or rheumatologist to discuss these risks,” he said.

Mathews suggested that the problem runs deeper than just the rheumatologist-patient relationship. “We need much more genetic education for all practitioners, from general practitioners to specialists,” she said. “Most medical school curricula don’t have much genetic training, and this is going to be increasingly problematic as these tests become more prevalent.”

Mathews added that more resources are needed to not only conduct the necessary research, but to interpret the data that are emerging from these products. “This will help us put these findings into context,” she said.

Niewold built on this point, suggesting that the numbers can be tricky to interpret. “For example, the HLA region has been shown to be a strong risk factor in lupus and other autoimmune diseases,” he said, noting that a test zeroing in on this region is likely to be developed. “A variation in the HLA region can change risk by about twofold, which sounds like a lot— but then you have to consider that the population risk for lupus is somewhere between 0.1% and 0.3%. Doubling that risk would mean a 0.2% to 0.6% risk of lupus, or to put it another way, a 99.4% chance they would not get lupus. With uncommon diseases, even a twofold risk factor may not make such meaningful impact on how likely the person is to get the disease. However, the patient hears is their risk for lupus has doubled, which sounds pretty scary.”

A pressing concern that both Mathews and Niewold addressed involves the potential consequences of divulging such personal information. “One thing that these genetic testing companies do not make clear is that in pretty much all cases, the product is not the product. The person buying the kit is the product,” Mathews said. “These companies are not making money from the kit, they are making money from the data they acquire from you. Most people don’t understand who gets their spit, who gets their data, and what they are doing with it. This is a very important consideration that raises all kinds of questions about privacy.”

“We have built several safeguards around privacy in the medical enterprise,” Niewold added. “When private companies are using medical information, they comply with privacy standards usually when they are forced to, or because they don’t want to be in the news for a data breach. The private enterprise model is a very different model than the health care model. We need to stay vigilant so that the regulations keep up with the type of information that is available. The legislative process should also be involved.”

Niewold also said genetic testing may have unintended consequences. “For example, you may find out you are not related to someone you thought you were related to,” he said. “Before you take this test, you should think for a minute about what you want to know or what you don’t want to know. These companies don’t necessarily know what might be disturbing to you. They are just providing the information.”

Regardless of these drawbacks, Niewold said that these companies are only going to continue to grow. “People are interested,” he said. “One thing that is on the edges of the commercial space right now is more complete DNA sequencing for people who are really curious. This is a lot of information and is not provided without immediate access to genetic counseling as the results are difficult to interpret. This is the frontier right now, but it is not hard to imagine that it will become more mainstream.”

As more in-depth personal genetic data becomes readily available to the general public, the clinical and research communities must work to keep up, noted Niewold. “If you are able to explain all of these complicated factors to your patient, it can be helpful and reassuring,” he said. “But I don’t think we are there yet, and I don’t think the average consumer has thought all of this through.” – by Rob Volansky