President Donald Trump on Thursday announced two proposals reshaping how the government pays for drugs under Medicare Part B, including allowing Medicare to determine a drug’s price based on its cost in other countries, and altering the way physicians are reimbursed for prescribing treatments.

“With the action I am unveiling today, the United States will finally begin to confront one of the most unfair practices — almost unimaginable that it hasn’t been taken care of long before this — that drives up the cost of medicine in the United States,” Trump said, addressing HHS officials at the Eisenhower Executive Office Building in Washington, D.C. “We’re taking aim at the global freeloading that forces American consumers to subsidize lower prices in foreign countries through higher prices in our country.”

According to Trump, identical drugs manufactured by the same company, in the same location and sold in the same packaging are often 20% more expensive for consumers in the United States compared with some countries abroad. In his comments, the president accused other countries of “rigging the system,” in which American patients are charged more for drugs than their foreign counterparts. Trump also criticized foreign governments for “disrespecting” American drug patents. 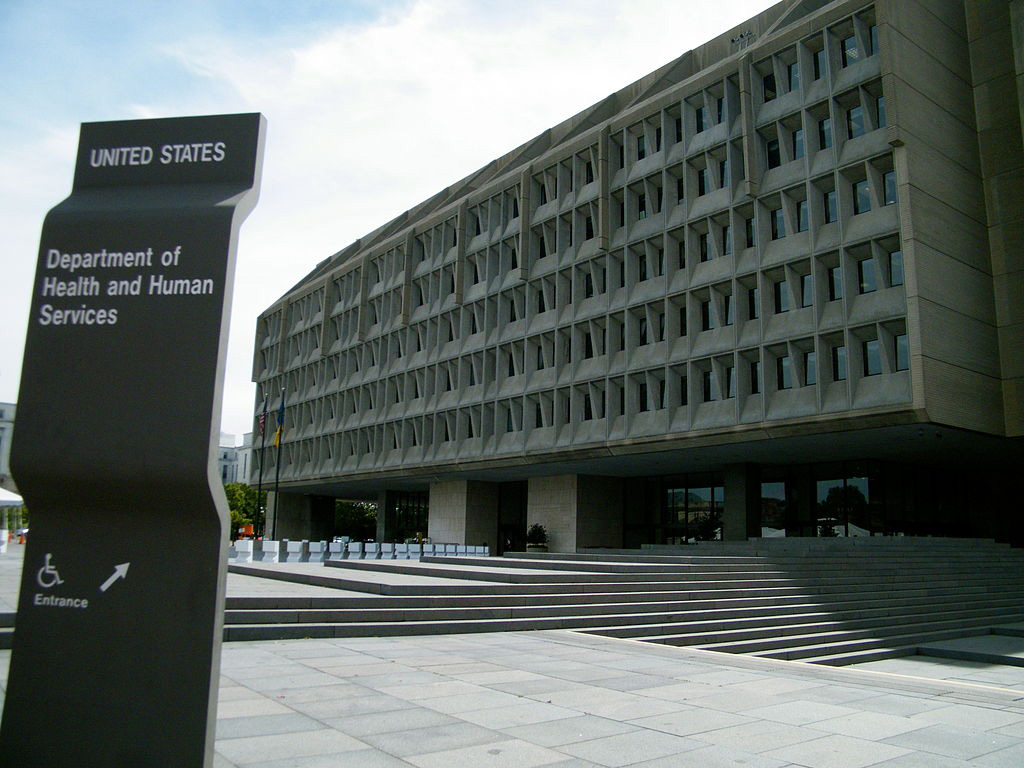 Under President Trump's new proposal, HHS would allow Medicare to determine a drug’s price based on its cost in other countries, and alter the way physicians are reimbursed for prescribing treatments.
Source: HHS

Under the new proposal, HHS would allow Medicare to determine the price it pays for certain drugs based on the lower prices in other nations. Likening the plan to “favored nations clauses” often found in business contracts, Trump said the new proposal could help Medicare save hundreds of billions of dollars on several drugs sold in the United States.

“The American middle class is effectively funding all drug research and development for the entire planet,” Trump said. “We are paying for it, we are subsidizing it and everyone else is benefiting. They are paying nothing toward research and development. The world reaps the benefits of American genius and innovation while American citizens, and especially our great seniors, who are hit the hardest, pick up the tab. But no longer.”

The president also announced a plan that would alter the way physicians are reimbursed for administering drugs. Under the plan, Medicare would pay physicians a “flat rate” regardless of the drug’s cost.

“This will fix a broken payment system where doctors are reimbursed more if they prescribe a much more expensive drug,” Trump said. “In our proposed new payment system, doctors will be paid a flat rate — like they are a contractor or anything else — whether it is an expensive drug or less expensive drug. It will be the same.”

Trump said he believes the new flat rate plan will have a positive effect on drug prices and patients. “And it very well may be better for doctors,” he added.

In a response, the American College of Rheumatology agreed that drug prices should be reduced for U.S. consumers, but cautioned that proposals should be careful not to limit treatment access for millions of patients with chronic illnesses who rely on Medicare for necessary treatment.

In the statement, ACR president Paula Marchetta, MD, MBA, said the organization will review the administration’s proposals in the upcoming Medicare proposed rule, and work with officials to help lower drug prices while maintaining patient access. She added that the ACR will provide additional comments on the proposals once it has assessed the potential impacts on patients.

“As we have noted with previous proposals, efforts to address high costs can sometimes create significant access issues for patients while penalizing doctors for providing quality care,” Marchetta said in the statement. “These proposals include those restructuring reimbursements for Medicare Part B drugs through either flat fee payments or a competitive acquisition program, or allowing utilization management such as step therapy or ‘fail first’ protocols in the Medicare Part B program. It is imperative that policymakers stay focused on the players who control drug prices and not penalize Medicare patients who depend on timely access to needed therapies.”

In its own statement, the American Medical Association said the president’s proposal “raises a number of questions.”

“Physicians share their patients’ concerns with the high cost of prescription drugs,” Barbara L. McAneny, MD, president of the AMA, said in the statement. “We appreciate that the Trump administration is working to address this important issue. The administration’s proposal for an international pricing index model for Part B drugs raises a number of questions, and we need to have a greater understanding of the potential impact of the proposal on patients, physicians and the health care system. We look forward to working constructively with the administration as it seeks feedback.” – by Jason Laday