CHICAGO — Apremilast is effective for the treatment of oral ulcers, and generally well tolerated, among patients with Behçet’s Syndrome, according to data presented at the ACR/ARHP 2018 Annual Meeting.

“Behçet’s syndrome is a chronic, multisystem variable vessel vasculitis, with painful, recurrent oral ulcers, which occur in nearly all patients, which can be disabling and have a substantial effect on quality of life,” Gülen Hatemi, MD, of the Istanbul University Cerrahpasa Medical School, told attendees. “Apremilast is an oral phosphodiesterase-4 inhibitor that was shown in a phase 2 study to be effective in reducing the number and pain of ulcers in patients with Behçet’s Syndrome.”

To evaluate the efficacy, tolerability and safety of apremilast (Otezla, Celgene) among patients with Behçet’s syndrome, who had active oral ulcers and had previously been treated with at least one nonbiologic drug, Hatemi and colleagues conducted the phase 3, multicenter, placebo-controlled study of 207 participants. Among the patients, 104 were randomly selected to be treated with apremilast 30 mg twice daily, while 103 received placebo, for 12 weeks. 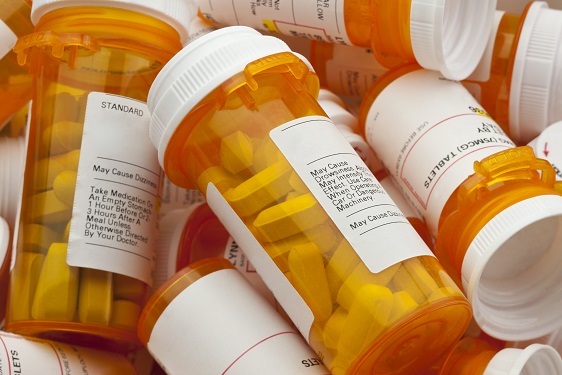 Apremilast is effective for the treatment of oral ulcers among patients with Behçet’s Syndrome, according to data.
Source: Shutterstock

Following week 12, all participants were treated with apremilast through week 64. The primary endpoint was area under the curve (AUCWk0-12) for the total number of oral ulcers during the 12-week period. This reflects the number of oral ulcers over time and accounts for the recurring-remitting course of the ulcers. Hatemi presented data on the drug’s efficacy for up to 28 weeks.

According to Hatemi, patients treated with apremilast demonstrated a 129.5 AUCWk0-12, which was lower than the 222.14 reported in the placebo group (P < .0001). In addition, treatment with apremilast resulted in a significantly lower number of oral ulcers (P .0015) and a reduction in ulcer pain (P .0035), compared with placebo at every visit from week 1 through week 12. Apremilast’s efficacy was sustained with continued treatment through week 28, with 62% of patients achieving complete response and a 70% relative reduction in ulcer pain at that time compared with baseline.

Participants who initially received placebo and later switched to apremilast at week 12 also demonstrated comparable benefits. At week 28, 59% of these patients achieved complete remission of oral ulcers, with a 68% relative reduction in ulcer pain from baseline.

The incidence of any adverse events was comparable between both groups during the first 12 weeks. The most common adverse events were diarrhea, nausea, headache and upper respiratory tract infection. Most events were mild or moderate in severity. No new safety concerns were identified at 28 weeks.

“Apremilast 30 mg twice daily demonstrated efficacy in the treatment of oral ulcers in patients with active Behçet’s syndrome,” Hatemi said. “There were significant improvements at week 12 with apremilast vs. placebo in oral ulcer count, pain, disease activity and quality of life. Apremilast was associated with significantly more patients achieving complete and partial response vs. placebo at week 12. Improvements in oral ulcers were sustained for up to 28 weeks with continued treatment, and apremilast was generally well tolerated, with safety findings consistent with the its known safety profile.” – by Jason Laday