Patients with fibromyalgia without any known suicide attempts had spent up to 40-fold more time with providers annually than those who did attempt suicide, according to data published in Arthritis Care & Research.

The researchers determined this while testing a model based on machine learning that was able to reliably predict both suicide ideation and attempts among patients with fibromyalgia, they wrote.

“Fibromyalgia takes a great deal to manage on a week-to-week basis, with patients doing what they can to take care of their pain through self-management techniques at home, along with other aspects of treatment such as getting the recommended exercise, engaging with physical therapy, attending to mental health needs, and maintaining contact with specialists and primary care physicians,” Lindsey C. McKernan, PhD, of Vanderbilt University Medical Center, told Healio Rheumatology. “Putting it all together, it takes lot of contact and time, and may provide different avenues we can help people connect to who may be less engaged.” 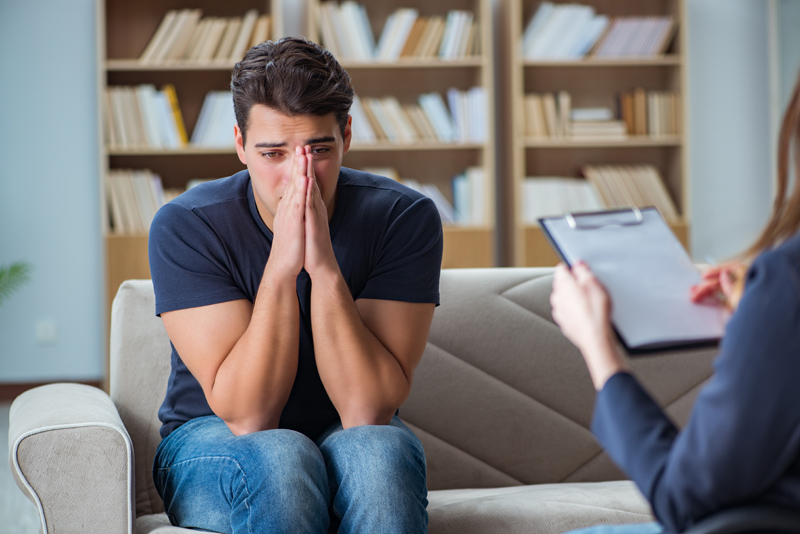 Patients with fibromyalgia without any known suicide attempts had spent up to 40-fold more time with providers annually than those who did attempt suicide, according to data.
Source: Shutterstock

To test whether a previously published model could be used to detect both suicide ideation and attempts among patients with fibromyalgia, and to identify risk and protective factors unique to the disease, McKernan and colleagues conducted a case-control study using largescale electronic health record data at the medical center from 1998 to 2017. According to the researchers, EHR data included diagnoses, demographics, clinical text, laboratory values and more. In all, 8,879 patients with fibromyalgia who had more than three visits to the medical center during the previous 6 months were included in the analysis.

The model, which is based on an algorithm intended to predict the risk for attempted suicide, was developed using 3,250 cases of documented self-injury, compared with 12,695 control patients from the medical center’s general population. It had previously achieved an internal validation c-statistic as high as 0.92 to predict suicide attempt in 7 days. McKernan and colleagues measured the model’s performance using sensitivity, specificity, area under the receiver operating characteristic (AUC), and calibration plots. In addition, the researchers used L1penalized regression with bootstrapping to select risk factors.

The researchers also found that patients with fibromyalgia and no suicidal ideation spent 3.5 times more time in followup annually. In addition, those without documented suicide attempts spent more than 40 times more time in facetoface visits with providers per year.

“This may suggest a path that we can intervene with patients — finding those who may not be as engaged with their providers, and getting established, or re-connecting with services,” McKernan said. “It is very important to develop relationships with providers, especially in managing a chronic condition like fibromyalgia. This could mean getting established with mental health services, or providing assistance with other aspects of care as well.” – by Jason Laday

In an elegantly executed investigation extending the recent literature on suicidal thoughts and behaviors in chronic pain states — particularly musculoskeletal conditions such as fibromyalgia — McKernan and colleagues performed a large case-control EHR study to extract risk factors for suicidal ideation and attempts, as well as potential interventions aimed at prevention.

Those who treat fibromyalgia and other patients with chronic rheumatic pain in the community and in tertiary clinics face many challenges. Specific to fibromyalgia diagnosis, we have seen the evolution of classification criteria, which in 1990 featured requisite tender points on examination, to the 2010 simplification of four-quadrant pain not otherwise diagnosed, with chronic fatigue and non-refreshing sleep.

Effective and approved pharmacological interventions are few, and the provision of urgently needed mental health care is often lacking, as patients encounter oft-insurmountable obstacles in terms of availability and reimbursement. Last, this disorder often elicits disregard and disdain among many physician colleagues with whom we must cooperate and communicate.

Studies like this one from Vanderbilt University Medical Center remind all physicians and caregivers of the seriousness with which we must handle the physical and emotional suffering of these patients as well as the oftentimes dire outcomes that may occur. Papers published over the last decade have held that there is an unacceptable and not dismissible incidence of suicidality in large representative cohorts across the globe. These studies sometimes allow comparison between normal and chronic pain controls; certainly, most illustrate that there is great overlap between fibromyalgia and affective disorders, chronic anxiety, insomnia, and that these are bi-directional, as well as overlapping, risk factors for suicidal thoughts and behaviors.

By discovering and refining the profiles of those at risk for suicide among our patients with fibromyalgia, we can hope that psychologic and social work professionals who accept and care for these patients will be able — with proper frequency and greater efficiency — to use our encounters to better foster their mental health and avoid a dread outcome which we heretofore had perhaps not appreciated for its commonality.