Drug-naive patients newly diagnosed with systemic lupus erythematosus are likely to demonstrate silent cardiac impairments, even before any symptoms of chest discomfort arise, according to findings published in Arthritis & Rheumatology.

“To date, the exam flow for detecting SLE-induced cardiac involvement is not ideal due to the lack of a reliable examination,” Qiang Guo, MD, PhD, from Renji Hospital and the School of Medicine at Shanghai Jiaotong University, and colleagues wrote. “Negative electrocardiography or echocardiography cannot exclude the presence of severe cardiac disease in patients with SLE. Ideal diagnostic tools for elucidating myocardial injury and follow -up are needed. ... Clinicians have begun to understand that [cardiac MRI] has enabled the visual assessment of acute inflammation and regional fibrosis by late gadolinium enhancement.”

To determine whether imaging with cardiac MRI could be used to unveil early indicators of silent cardiac impairment in patients with SLE, the researchers recruited 163 participants from three centers in China for a prospective study. The participants included 50 patients with drug-naive new-onset SLE, 60 patients with longstanding SLE and 50 healthy volunteers who acted as the control group. 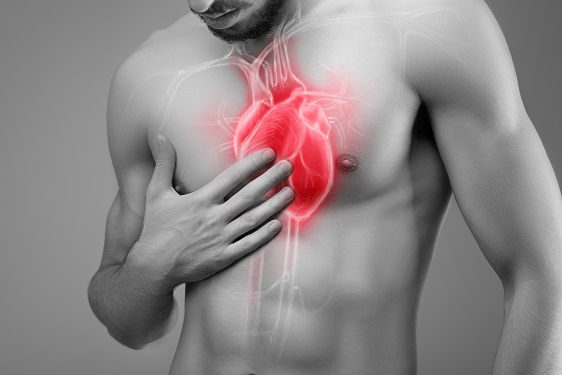 Drug-naive patients newly diagnosed with SLE are likely to demonstrate silent cardiac impairments, even before any symptoms of chest discomfort arise, according to findings.
Source: Shutterstock

According to Guo and colleagues, an evaluation of the of cardiac enzymes, the presence and size of regional myocardial fibrosis index-late gadolinium enhancement, strain changes and biventricular ejection fraction did not indicate heart problems among patients in the new-onset group. However, native myocardial T1 and extracellular volume were elevated in the new-onset group. This elevation was independent of SLE activity. In addition, cardiac MRI showed structural and functional changes in the hearts of patients with SLE. It also revealed that the extent of the changes, including signs of scarring or fibrosis, was related to lupus stage.

“The structural and functional changes in the myocardium were related to the SLE stage; this association demonstrated the value of early detection of myocardial involvement,” Guo and colleagues wrote. “Early detection of myocardial injury before the presence of [late gadolinium enhancement] and functional decompensation using native myocardial T1 values and [extracellular volume] might enable the selection of optimal medical treatments. Further studies with larger sample sizes would be useful for evaluating the prognosis of this early detection.” – by Jason Laday

Cardiac disease remains a significant cause of death among patients with systemic lupus erythematosus. Guo and colleagues examined the utility of employing cardiac MRI to screen for significant myocardial involvement and impairment in asymptomatic SLE patients, and found significant myocardial disease burden among even newly diagnosed lupus patients.

According to study results, cardiac MRI with examination of native myocardial T1 values and ECV outperformed traditional cardiac indices and clinical rheumatic parameters as early detection markers for myocardial injury prior to the development of late gadolinium enhancement and clinical decompensation. By using lupus patients with established disease as one of the two control groups, the results highlight the progressive nature of cardiac involvement based on clinical behavior and duration of disease, supporting the concept of early detection and treatment to prevent the complications of this manifestation.

One of the limitations of the study as cited by the researchers is the exclusion of patients with established coronary disease. Before this imaging modality can be more widely adopted in clinical practice, it would be necessary to reexamine the protocol in a more realistic real-world setting that would include patients with CAD to see if that affects the interpretability of the cardiac MRI examination.

It would also be helpful to replicate the results of this study in other countries with more heterogenous patient populations to see if there is ethnic variability in these findings.  Additionally, a follow-up interventional study of treatment effect would be extremely informative to determine if global management of disease activity mitigates the progression of myocardial involvement in lupus.

After a deeper dive into the paper, there are several additional questions left unanswered. First, the newly diagnosed patient group contained a significant number of patients lacking a positive ANA test (35%), which could have implications for the accuracy of the diagnosis. Second, only 55% of established, treated lupus patients were treated with Plaquenil (hydroxychloroquine sulfate, Sanofi-Aventis) and 90% were treated with prednisone. Both of these demographic characteristics could impact the extent of cardiac disease observed and limit the generalizability of results to other patient populations and countries with differing physician prescribing habits.

Finally, the term “newly diagnosed” does not always equate to very early disease. Given the extent of cardiac involvement in the newly diagnosed patient group – for example, 12% already had late gadolinium enhancement – one wonders if some of these patients may have actually had a longer duration of subclinical disease.