More than one-third of indigenous people in Latin America have a musculoskeletal disorder, and the prevalence of rheumatoid arthritis in these communities — particularly the Qom in Argentina — is among the highest reported in the world, according to findings published in the Annals of the Rheumatic Diseases.

“Global health initiatives for socially disadvantaged populations mainly focus on infectious diseases and give little consideration to the fact that non-communicable diseases are on the rise both in low/middle-income countries and developed countries, causing the greatest impact in low/middle-income countries,” Ingris Peláez-Ballestas, MD, PhD, of the General Hospital of Mexico, and colleagues wrote. “This impact is greater in indigenous populations, which are invisible to health care programs and face limited access to health care.”

To determine the prevalence of musculoskeletal disorders and rheumatic diseases in a selection of indigenous communities in Latin America, and identify the factors that impact the prevalence, the researchers conducted a cross-sectional, community-based census study of eight populations. They included the Warao, Kariña and Chaima in Venezuela; the Qom in Argentina; and the Maya-Yucateco, Mixteco, Chontales and Rarámuris in Mexico. Individuals were identified as indigenous if they descended from indigenous peoples, lived in the indicated geographical area and maintained their cultural, social and economic identity. 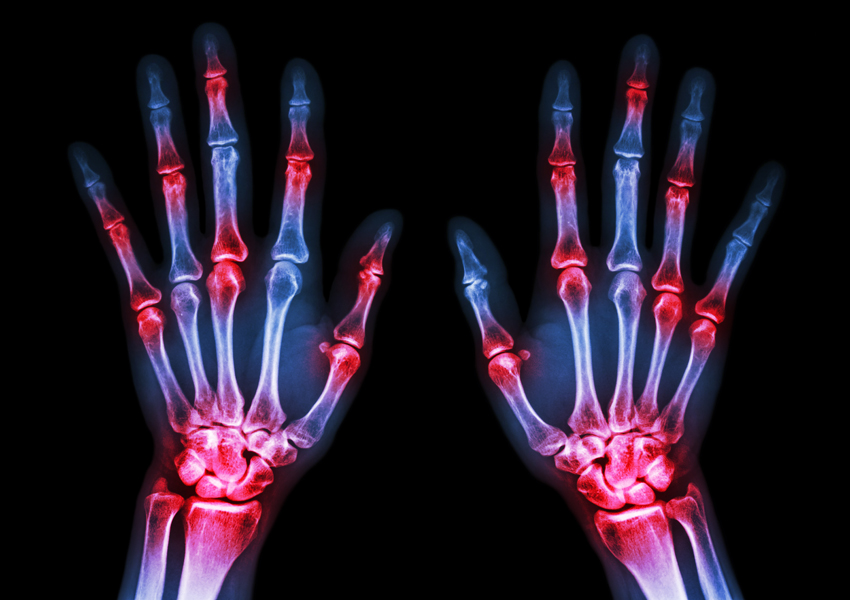 The prevalence of RA in these communities is among the highest reported in the world, according to findings.
Source: Shutterstock

Peláez-Ballestas and colleagues enrolled 6,155 indigenous adults older than 18 years. In each participant, the researchers assessed the presence of musculoskeletal disorders and rheumatic diseases through a cross-culturally validated questionnaire administrated by trained bilingual members of the community. The questionnaire contained questions regarding symptoms, treatments, coping mechanisms and their experience in seeking treatment. The researchers defined a positive case as those who demonstrated musculoskeletal pain in any region within 7 days of taking the questionnaire, or at least once during their lifetime. Positive cases were evaluated and diagnosed by internists and rheumatologists.

According to the researchers, the overall prevalence of musculoskeletal disorders was 34.5%. In addition, among the total study population, the prevalence for lower back pain was 13.3%, 9.7% for osteoarthritis, 5.9% for rheumatic regional pain syndromes, 1.3% for RA, 0.2% for undifferentiated arthritis and 0.1% for spondyloarthritis. Broken down by community, the prevalence for RA was 1.1% among the Mixteco, 1% for the Maya-Yucateco, 2.4% among the Qom, 1.8% in the Chaima, 0.5% in the Warao and 0.5% among the Rarámuris.

The researchers noted marked variations in the prevalence of each condition within the communities, as well as complex relationships between rheumatic diseases, comorbidities and socioeconomic conditions.

Indigenous people around the world experience more health-related problems compared with the population at large. There appears to be a correlation between the patterns of rheumatic diseases and the patterns of migration and ancestry; for example, in general, American Indians have an increased risk of rheumatoid arthritis while Na-Dene Indians and Eskimos exhibit a higher rate of seronegative spondyloarthropathies. The majority of North American Indians and Eskimos also have a high frequency of the HLA-B27 gene. Reactive arthritis and ankylosing spondylitis are common in these groups but psoriatic arthritis and enteropathic arthropathies are rare.

Indigenous people around the world experience various health problems due to their varied socioeconomic status, cultural context and rurality. Rural populations generally display a greater incidence of less healthy behaviors than those in urban areas. Indigenous populations are, in general, less educated which results in income disparities that lead to marginalization, limited access to education, employment, good housing and nutritious food.

It is recommended that the spiritual, physical, mental, emotional, cultural, economic and environmental factors each be incorporated into the indigenous health agenda to improve their health status.