DESTIN, Fla. — In-hospital deaths among patients with adult-onset Still’s disease was significantly higher among those with disseminated intravascular coagulation and Asian ethnicity, according to findings presented at the 2018 North American Young Rheumatology Investigator Forum.

“There is a lack of robust epidemiological data on adult-onset Still’s disease (AOSD), due to its rarity, with an estimated incidence of 0.16 to 0.4 per 100,000 patients,” Bella Mehta, MBBS, of the Hospital for Special Surgery, told the attendees. “Most of the studies are from southeast Asia, and are either single-center or regional. There are a few recent multicenter studies, but even the largest epidemiological study, which is from Japan, only has 512 patients. There are no large-scale studies of this in the United States.”

To characterize the demographics, complications, mortality and trends associated with patients with AOSD who have been hospitalized, Mehta and colleagues drew adult patient data from the Nationwide Inpatient Sample, the largest all-payer inpatient care database in the United States. Mehta noted that the database includes approximately 8 million hospitalizations each year.

The researchers excluded all patients with a diagnosis of rheumatoid arthritis, lupus, myositis, polymyalgia rheumatica, ankylosing spondylosis and psoriatic arthritis, focusing on 5,820 patients with AOSD only who were hospitalized between 2009 and 2013. In their analysis, Mehta and colleagues used discharge weights to determine nationwide estimates, as well as a survey-weighted logistic regression model to describe the associations regarding in-patient death. 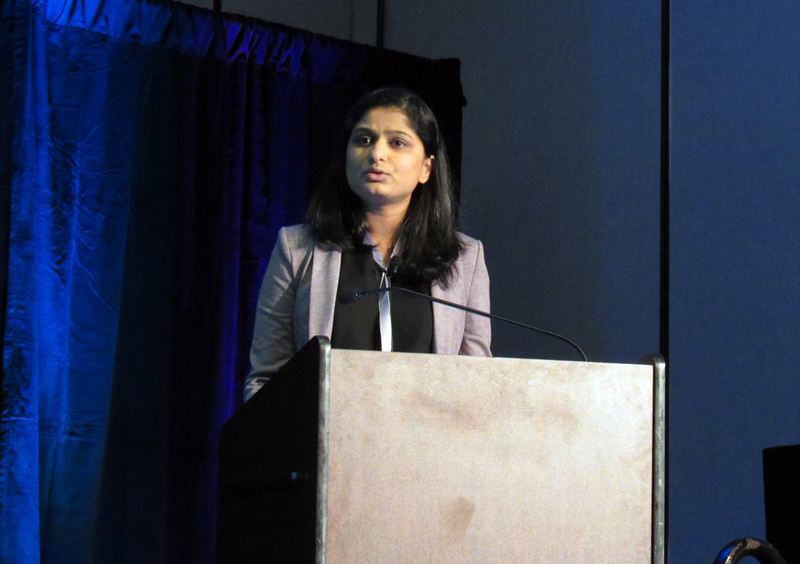 According to study results, patients with disseminated intravascular coagulation concurrent with AOSD had a 30 times higher risk for in-patient death. In addition, patients of Asian ethnicity had 6.4 times the risk of in-patient death compared to whites. The researchers also noted that the 154 patients who died while hospitalized had a higher mean age – 62.4 years – and had an increased number of comorbid conditions than those who survived.

The researchers noted that patients with AOSD had a mean age of 53.6 years, and 65.6% were women. In addition, 56% were white, 15% were black, 11.7% were Hispanic and 3% were of Asian ethnicity. Geographically, the Mid-Atlantic census division was home to a plurality of patients with AOSD, with 19% of the total, and 37.6% of patients were administered in urban teaching hospitals. In addition, 1.7% of the patients analyzed in the study developed macrophage activating syndrome, 1.1% had disseminated intravascular coagulation and 0.4% were diagnosed with thrombotic thrombocytopenic purpura.

“This is the first large-scale study in the United States to report epidemiological outcomes of Still’s disease, and it is the largest,” Mehta said. “In hospitalized patients with Still’s disease, the average age was higher than previously described in epidemiological studies. This may indicate there is an aging population with a high number of comorbidities, or that we are treating them and they are living longer. In-patient deaths were higher among those with increased comorbidities, and were significantly higher among Asians and patients with disseminated intravascular coagulation.” – by Jason Laday