For several years, there has been increasing interest in the use of vitamin D as an adjunct therapy because of its potential immunomodulatory effects for several different diseases. Although often touted as a preventive measure against osteoporotic fractures, especially among the elderly, supplements containing vitamin D, calcium, or both did not appear to reduce the risk for hip fracture or other fractures, according to recent findings in JAMA.

During the 2017 American College of Rheumatology annual meeting, Michele A. Petri, MD, PhD, director of the John Hopkins Lupus Center, presented findings in which low levels of 25-hydroxyvitamin D were associated with an increased risk for end-stage renal disease and total organ damage among patients with systemic lupus erythematosus. 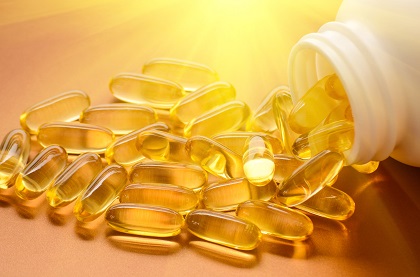 During her presentation, Petri noted that vitamin supplementation “will never replace the ‘big guns’ — the immune suppression medicine — but because vitamin D is cheap and safe, we can give it to everyone.”

While such findings are promising, Kenneth G. Saag, MD, MSc, of the University of Alabama at Birmingham, cautioned that more research is needed before he would suggest prescribing supplementation for anything other than vitamin D deficiency.

“For patients with rheumatic disease, without known vitamin D insufficiency, there is not a clear indication for it,” Saag said. “Although there has been some research to understand what role it may have in preventing immune mediated illness, the literature is somewhat divided in that regard.”

Healio Rheumatology spoke with Saag about the use of vitamin D supplementation for rheumatic diseases, its benefits and risks, as well as its role in disease severity.

Q: What is the current thinking on the use of vitamin D supplementation for rheumatic diseases?

Saag:In rheumatology, the major indication for vitamin D is in people who have vitamin D deficiency or insufficiency, where there is an unequivocal need to provide supplementation. There is much more controversy and contention regarding the use of vitamin D supplements for immune-mediated illness and its preventive role in potential risk for bone health issues.

There have been studies that showed that vitamin D may be associated with a lower incidence of selected immune-mediated illnesses and possibly reduce severity; data from the Iowa Women’s Health Study, as well as newer data, have suggested vitamin D may have a role in that. However, at this time, I don’t consider that routine use of vitamin D should be part of standard of rheumatology care for patients that don’t have a deficiency.

Q: What are the benefits of vitamin D?

Saag : It is predominantly beneficial in assuring that calcium is well absorbed from the intestinal tract. It may also have some associations with immune function.

Q: When is the right time to consider vitamin D supplementation?

Saag : Among people who have low bone mass, there is a need to determine whether they may be vitamin D insufficient. If insufficiency is identified, providing supplementation is clinically necessary.

To ensure that people have sufficient levels of vitamin D, our general recommendation for people with low bone mass and people at risk for bone-related illness is that they receive at least 800 IU per day of vitamin D. Most of the time, that needs to be given in supplements, since vitamin D is not present in many food products, with the exception of milk, which is supplemented with vitamin D. Those would be the primary circumstances where it should be supplemented.

Q: What should rheumatologists tell their patients about vitamin D supplementation?

Saag : I think it’s fine to consider providing small doses of vitamin D without exceeding the recommendations that have been put forward by groups like the International Osteoporosis Foundation or the Institute of Medicine, as there are potential risks with excessive vitamin D intake. There have been reports of cardiovascular associations with too much vitamin D, including an increased risk of atrial fibrillation. Although I think it is generally safe, in very high doses vitamin D can also be associated with hypercalcemia. I think it should be used — as is true for all prescription and all therapeutic medications — with caution and with consideration to the potential benefits and risks.

Q: How do supplements like 25-hydroxy vitamin D compare to immune suppression medicine as treatment?

Saag : I think the data are preliminary that there is a role for it in complementing immunosuppressant drugs that provide the standard of care for many of the immune-mediated diseases; however, supplements should not act as a substitute for the use of those drugs.

Q: What should the role of vitamin D supplementation be in treating a rheumat i c patient?

Saag : Its role should be to ensure that patients have sufficient vitamin D going forward, particularly those who have a bone fracture — and I think that would be a circumstance where there is a little controversy in whether vitamin D is needed. There certainly is a need for further, larger studies, some of which are underway, to understand what roles vitamin D may have in a population at a larger level in either preventing or helping to manage patients with immune-mediated illness. – by Jason Laday