The American College of Rheumatology is praising leaders in Congress following the passage of a spending bill that includes a provision reversing a CMS policy that would have applied Merit-based Incentive Payment System adjustments to Medicare Part B payments starting in 2019.

The bill — passed by both the Senate and the House of Representatives in the early morning hours Friday — also permanently repealed Medicare caps on outpatient therapies and other rehabilitation services, abolished the Independent Payment Advisory Board (IPAB) and eliminated the Medicare Part D donut hole, according to an ACR press release.

“We are thrilled with this fix,” Angus Worthing, MD, chairman of the ACR government affairs committee, told Healio Rheumatology regarding the Medicare Part B policy change. “The policy was going to cause a lot of volatility for rheumatologists and their patients who receive medications in their offices, because Medicare's MIPS payment adjustments were going to be applied to large sums from Part B drug costs instead of much smaller amounts from office services as before.”

According to Worthing, medical groups with negative payment adjustments would have faced reimbursement cuts of up to 16% for providing Part B drugs next year, and more in future years. Such volatility would have driven groups to stop providing medications for Medicare beneficiaries, which would in turn have forced patients to obtain their medicines at other sites that could have been less convenient or more costly — or to change medicines altogether for non-medical reasons — he said.

“The health care provisions included in today’s spending agreement are a huge victory for the more than 54 million Americans living with rheumatic diseases, many of whom rely on biologic therapies and vital rehabilitation services to manage their disease,” David Daikh, MD, PhD, ACR president, said in the release. “We thank Congressional leaders for coming together swiftly and in a bipartisan fashion to ensure that Americans living with diseases like rheumatoid arthritis can access the infusion therapies and rehabilitation services that help them avoid disability and maintain quality of life.” 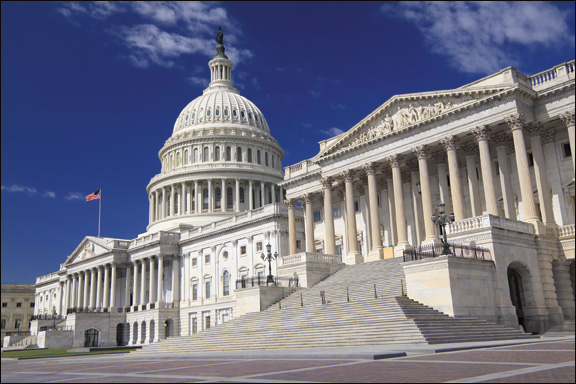 Last month, the ACR joined 108 other medical societies in urging Congress to reverse the CMS decision, arguing that the new policy, included in CMS’ 2018 Quality Payment Program Final Rule, creates enormous financial risks for specialties that administer Part B drugs, jeopardizing their ability to provide the care for their patients.

The Medicare Access and CHIP Reauthorization Act of 2015 (MACRA) established a range of bonuses and penalties that could be applied to Medicare providers through MIPS payment adjustments. However, if the CMS final rule had been implemented, it would have imposed those payment adjustments to Part B drug payments in addition to physicians’ services under the Medicare fee schedule.

“The ACR's advocacy team had been working closely with Congressional staff for months, so we knew that this fix was popular for being a budget-neutral improvement for patient access, but we only found some days ago that it would be included in this bill,” Worthing said.

Citing a recent Avalere Health analysis, the ACR noted that certain specialties that prescribe Part B drugs — including rheumatology, oncology and ophthalmology — could have experienced payment cuts as high as 29% if the policy remained unchanged.

The current Medicare Part B drug payment structure “already makes it difficult for certain providers — particularly small and rural providers — to shoulder the financial burden of procuring and administering expensive Part B drugs,” the ACR said in the release.

ACR leaders have also stated that the MIPS policy change would have exacerbated this problem by fostering volatility and financial uncertainty for physicians who administer these drugs.

“The Part B technical fix is an important course correction that will hopefully lead to productive discussions about how to realistically address the issues of care access and high drug costs,” Daikh said.

The ACR also applauded the repeal of the cap on Medicare outpatient therapies, which had been implemented in January, 20 years after being approved in the Balanced Budget Act. According to the ACR, Congress had delayed the cap from taking effect 16 times before agreeing to limit access to services on Jan. 1, 2018.

Congress’ reversal ends a “long battle to allow Medicare patients access to the care they need,” the ACR said in the release.

In addition, ACR leaders celebrated the demise of the IPAB, a 15-member appointed board whose recommendations came with a statutorily-mandated “fast track” legislative procedure that would automatically transform IPAB proposals into law. According to the ACR, the board’s recommendations “had the power to impose provider cuts that could disproportionately impact small and rural practices.”

“The ACR is relieved that such policies in the future will undergo the detailed review and deliberation of the regular legislative process,” ACR said in the release.

“We applaud Congress for acting to protect patient access to vital therapies and services, and we look forward to working with the administration and Congressional leaders to ensure patients living with rheumatoid arthritis and other rheumatologic conditions continue to receive innovative, medically necessary and life-sustaining care,” Daikh said. – by Jason Laday