The surgeon general today released a new report — the 34th report on tobacco and the first in 30 years to focus on smoking cessation — that details the latest science on comprehensive interventions to help people quit smoking.

Substantial progress has already been made in reducing smoking rates. Specifically, cigarette smoking has declined from nearly 43% when the first surgeon general’s report on tobacco was published in 1964 to a historic low of nearly 14% in 2018.

“This decline represents one of the greatest public health achievements of the past century,” Adams said. 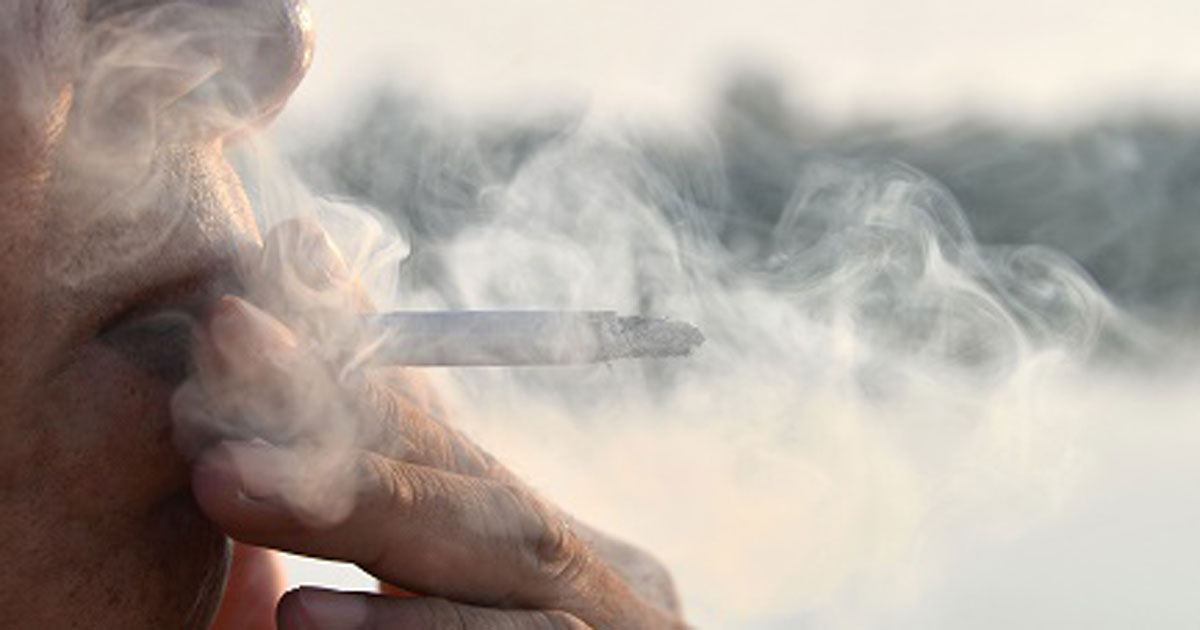 The surgeon general today released a new report — the 34th report on tobacco and the first in 30 years to focus on smoking cessation — that details the latest science on comprehensive interventions to help people quit smoking.
Source: Shutterstock

Despite this progress, 34 million Americans still report smoking. Fortunately, though, 70% of U.S. adults who currently smoke cigarettes have expressed the desire to quit, according to data from the report, which is the first to focus solely on cessation since 1990.

“In the 3 decades since then, the world has changed dramatically — from the advent of smartphones and social media to wider availability of smoking-cessation medications. And, with research and medical advances and years of documented experience in tobacco control, we know more about the science of quitting than ever before,” Adams said. “It doesn’t matter how old you are or how long you’ve smoked, right now is the right time to try to quit. ... There has literally never been a better time to try to make a quit attempt.”

The 700-page report contains 101 chapter conclusions and 10 major conclusions. Among these are several facts regarding the health and economic benefits of smoking cessation.

Notably, smoking remains the single largest cause of preventable disease, disability and death in the United States, with nearly half a million Americans dying from smoking each year. Quitting smoking, however, can lower the risk for premature death and prolong life expectancy by a decade as well as reduce the risk for serious health conditions, including 12 types of cancer, heart disease, lung diseases such as COPD and reproductive health problems. Moreover, smoking cessation, which the report states is beneficial at any age, can help lower the significant $300 billion cost of smoking-related illnesses to the U.S. every year.

The report also highlights disparities in smoking behaviors that persist in the U.S., according to Adams. Many groups have been left behind despite the progress made during the past several decades, with cigarette smoking remaining highest among LGBTQ adults, people with disabilities or limitations, American Indians or Alaskan Natives and those with mental health conditions or substance use disorders.

“Forty percent of cigarettes are consumed by people with mental illness or substance use diagnoses,” Adams said. “One of the problems is that we think that people in these populations don’t want to quit or can’t quit, but this report tells us that’s not true.”

Unfortunately, Adams noted, the report states that more than half of adults who smoke try to quit in any given year but face several challenges. For instance, more than 40% who see a health provider each year are not advised to quit smoking and two-thirds of smokers attempting to quit do not use FDA-approved medications and behavioral counseling, which are effective alone but, when used in concert, double a person’s chance of successfully quitting smoking.

“Counseling is now available in a variety of forms, which wasn’t the case 30 years ago when the report first came out. Times are evolving and so must we,” Adams said. For example, individual, group and phone-based counseling are now available, as are effective web- or text message-based interventions.

“Health systems and payers have a responsibility in providing comprehensive and barrier-free coverage for cessation services that are shown to be cost-effective and successful. ... Too many plans, in my opinion, have copays or prior authorization policies that are pennywise and pound-foolish,” he said.

In looking at other interventions, questions have been raised about the role of e-cigarettes for smoking cessation. At present, Adams noted, it remains unclear.

“E-cigarettes are a continually changing and diverse group of products that are used in a variety of ways. Therefore, it is difficult to make generalizations about their effectiveness for cessation based on studies of a particular e-cigarette, and there is presently inadequate evidence to conclude that e-cigarettes in general increase smoking cessation,” he said.

Adams said, however, that this discounts the anecdotal evidence from individuals who attribute their success in quitting smoking to e-cigarettes; rather, more research is needed on the health effects of e-cigarettes. Nevertheless, Adams said the use of any tobacco product, including e-cigarettes, is unsafe.

The report also seems to emphasize that the onus of smoking cessation should not be placed on the individual alone.

“One of the things that I worried about in this report is that people would go back to the stigma that hurts people — the stigma that says it’s all about the individual. There are clinical health systems- and population-level interventions that we know create an environment that can help people quit smoking,” Adams said.

At the population-level, he noted, a number of interventions have been proven to decrease smoking, according to the report. For instance, raising the price of cigarettes, adopting comprehensive smoke-free policies, implementing mass media campaigns such as the CDC’s “Tips From Former Smokers” campaign, and requiring pictorial health warnings on cigarette packaging have all been shown to be beneficial in helping people successfully quit smoking.

“The findings in this report are crucial to inform ongoing efforts around smoking cessation. We know that the science will continue to evolve and help to improve our understanding of what works to help people quit,” Adams said. “In releasing today’s report, I want America to know that Smoking Cessation: A Report of the Surgeon General is a blueprint — the gold standard right now — for continued coordinated and collective action among each of us as stakeholders who want to help those 34 million Americans who are still dependent on nicotine.” – by Melissa Foster

For more information on the surgeon general's report, visit www.SurgeonGeneral.gov or www.cdc.gov/CessationSGR.