From 2014 to 2016, the FDA’s “The Real Cost” media campaign aimed at children and adolescents has prevented as many as 587,000 youths nationwide from initiating smoking, according to data published in the American Journal of Preventive Medicine.

“Tobacco use — largely from cigarette smoking — still kills more than 480,000 Americans every single year and costs nearly $300 billion a year in direct health care expenses and lost productivity due to premature death. Additionally, almost 90% of adult smokers started smoking by the age of 18 and approximately 2,000 youth smoke their first cigarette every day in the U.S., making youth prevention efforts critical,” Norman E. “Ned” Sharpless, MD, acting commissioner of the FDA, said in a statement from the agency.

Based on scientific evidence and behavior change theory, The Real Cost campaign was designed to reduce and prevent smoking among U.S. adolescents. The theme of the nationwide campaign — every cigarette costs you something — was incorporated into advertisements emphasizing the health effects, toxicity and loss of control associated with smoking that were aired continuously since the campaign’s launch in February 2014.

For this study, from 2013 to 2016, the researchers conducted a baseline and four post-campaign follow-up surveys (waves) of 5,103 nonsmoking youths aged 11 to 16 years from 75 U.S. media markets. The researchers used market-level target rating points to evaluate media exposure.

Results showed that youths in media markets with higher levels of campaign advertisements were less likely to report smoking when compared with those with lower levels. The researchers also found that between-wave and cumulative target rating points were linked to a decreased risk for smoking initiation among youths. Notably, every 3,500 between-wave target rating points was associated with a 31% reduction in the risk for smoking initiation. 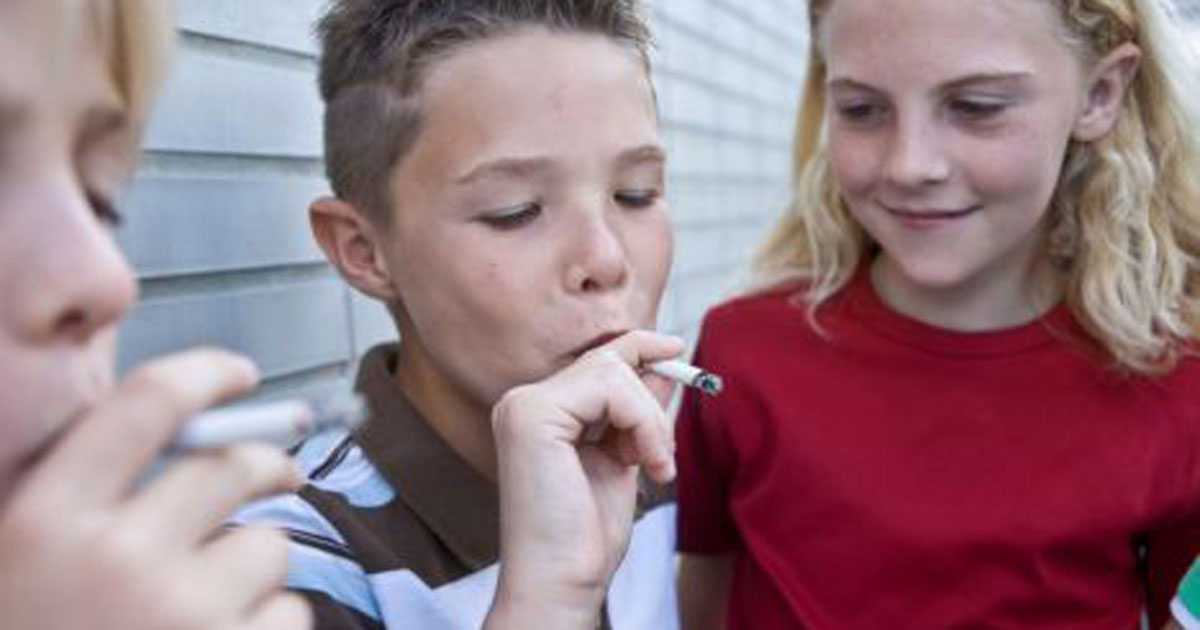 From 2014 to 2016, the FDA's 'The Real Cost' media campaign aimed at children and adolescents has prevented as many as 587,000 youths nationwide from initiating smoking, according to data published in the American Journal of Preventive Medicine.
Source: Adobe Stock

“The results from our work demonstrate that ‘The Real Cost’ will have lasting benefits on public health by convincing these teens to not smoke and it’s imperative that public education campaigns like ours continue in order to reduce the individual and collective burden of tobacco-related disease and death among current and future generations,” Sharpless said in the FDA statement.

During the past several years, the FDA has expanded the campaign to include information on the harms of smokeless tobacco use as well as electronic cigarettes.

“As we continue to tackle the troubling epidemic of youth vaping that threatens to erase the progress we’ve made combatting tobacco use among kids, we’re extremely confident that these proven practices will help us succeed in our related efforts to educate them about the dangers of e-cigarette use. Earlier this year, our youth e-cigarette prevention campaign broadened to include its first TV ads about the emerging science that teens who use e-cigarettes are more likely to start smoking cigarettes. We’ve also launched several other tobacco prevention campaigns targeting youth and young adults,” Sharpless said. “As part of our Youth Tobacco Prevention Plan, we will maintain our energy and focus on using our authorities forcefully to keep tobacco products out of the hands of America’s kids, with a particular emphasis on the threat of youth vaping. This includes advancing policies to limit youth access to, and appeal of, e-cigarettes and other products; exploring clear and meaningful measures to make tobacco products less toxic, appealing and addictive; taking vigorous compliance and enforcement actions to hold manufacturers and retailers accountable when they illegally market or sell these products to minors; and continuing to spearhead highly successful public education efforts to warn youth about the dangers of all tobacco products.” – by Melissa Foster