Long-term exposure to common air pollutants is associated with significant progression of emphysema, according to an 18-year study published in JAMA.

“We were surprised to see how strong air pollution’s impact was on the progression of emphysema on lung scans, in the same league as the effects of cigarette smoking, which is by far the best-known cause of emphysema,” Joel D. Kaufman, MD, MPH, professor of occupational health sciences and epidemiology at the University of Washington School of Public Health and professor of internal medicine at the University of Washington School of Medicine, said in a press release.

For instance, the researchers found that living in an area that had an ambient ozone level that was 3 parts per billion (ppb) higher than another location over 10 years was linked to an increase in emphysema that was comparable to 3 years of aging or to smoking a pack of cigarettes per day for 29 years.

“Rates of chronic lung disease in this country are going up, and increasingly it is recognized that this disease occurs in nonsmokers,” Kaufman said. “We really need to understand what’s causing chronic lung disease, and it appears that air pollution exposures that are common and hard to avoid might be a major contributor.”

For this study, the researchers evaluated the association between resident-specific concentrations of ozone (O3), fine particulate matter (PM2.5), oxides of nitrogen (NOx) and black carbon, as estimated by spatiotemporal models, with percent emphysema, as assessed by CT imaging or lung function.

The cohort included participants in the Multi-Ethnic Study of Atherosclerosis (MESA) Lung and Air studies conducted in Chicago; Baltimore; Winston-Salem, North Carolina; Los Angeles; St. Paul, Minnesota; and New York. Participants were recruited from 2000 to 2002, with additional participants recruited from 2005 to 2007, and follow-up was available through 2018. 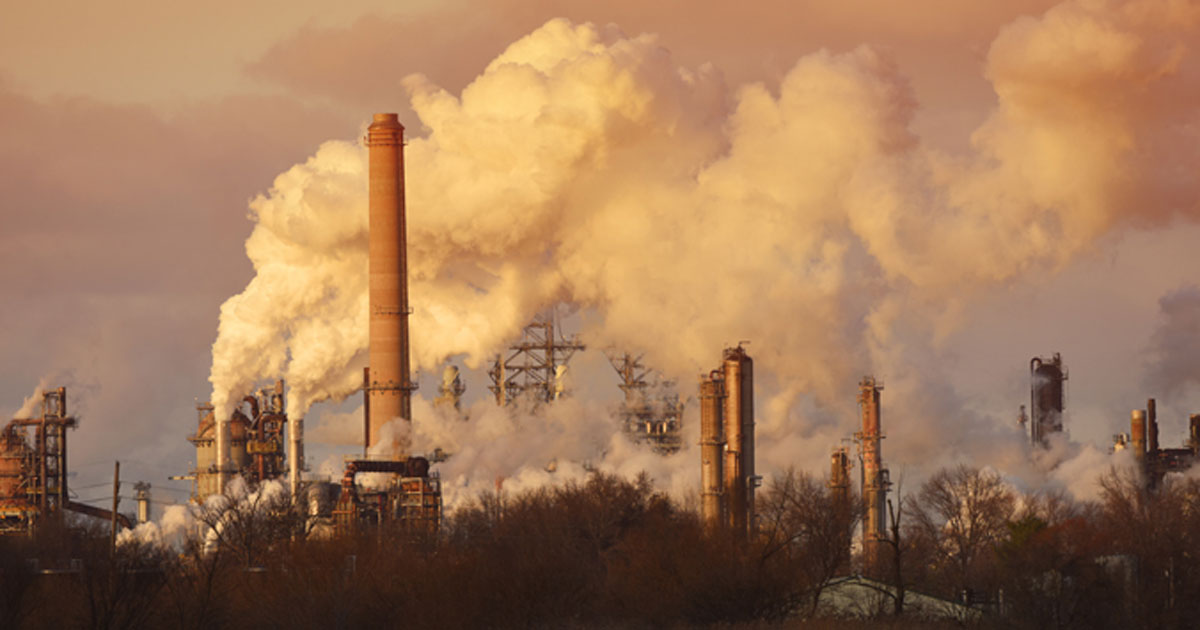 Long-term exposure to common air pollutants is associated with significant progression of emphysema, according to an 18-year study published in JAMA.
Source: Adobe Stock

Of the 7,071 study participants (mean age at recruitment, 60 years; 47.1% men), 5,780 were assigned outdoor residential air pollution concentrations at baseline and during follow-up and had at least one follow-up CT scan during a median of 10 years.

At baseline, median percent emphysema was 3% and increased by a mean 0.58 percentage points per 10 years. Although mean concentrations of PM2.5 and NOx decreased during follow-up, O3 did not.

Furthermore, 3 ppb in long-term O3 exposure during follow-up was associated with an 18.15-mL greater decrease in FEV1 and a 40.19-mL decrease in FVC over 10 years. Other air pollutants, however, did not appear to be linked to declines in lung function.

These findings raise concerns about the effect of the environment on respiratory disease, especially given the growing issue of climate change.

“This is a big study with a state-of-the art analysis of more than 15,000 CT scans repeated on thousands of people over as long as 18 years. These findings matter since ground-level ozone levels are rising, and the amount of emphysema on CT scans predicts hospitalization from and deaths due to chronic lung disease,” study author R. Graham Barr, MD, DrPH, professor medicine and epidemiology at Columbia University, said in the release. “As temperatures rise with climate change, ground-level ozone will continue to increase unless steps are taken to reduce this pollutant. But it’s not clear what level of the air pollutants, if any, is safe for human health.” – by Melissa Foster

Disclosures: Kaufman reports he has received grants from the U.S. Environmental Protection Agency, the NIH, the National Institutes for Occupational Safety and Health, the Health Effects Institute, the Kresge Foundation and the Global Alliance for Clean Cookstoves. Barr reports he has received grants from the COPD Foundation, the Alpha1 Foundation, the EPA and the NIH. Please see the study for all other authors’ relevant financial disclosures.