DALLAS — In the SIENA trial, nearly three-quarters of patients with mild, persistent asthma had low sputum eosinophil levels and did not differ in their response to either mometasone or tiotropium when compared with placebo treatment.

“Based on prior work from our lab and others, we anticipated that perhaps 40% to 50% of patients with mild persistent asthma would have ‘low levels’ of eosinophils in their sputum. We were quite surprised to discover that nearly three-quarters (73%) of these patients were ‘eosinophil low,’” Stephen C. Lazarus, MD, professor of medicine, director of the fellowship program in pulmonary and critical care medicine and associate director of the University of California, San Francisco, American Lung Association Airways Clinical Research Center, wrote in an email to Healio Pulmonology. “It was less surprising, but very important, to discover that in 67% of these patients with mild persistent asthma and low levels of sputum eosinophils, the response to placebo was either as good as or better than the response to corticosteroid.”

Lazarus emphasized caution, though, when interpreting the results.

“Although our study suggests the need for reevaluation of treatment guidelines, the appropriate treatment for patients with mild persistent asthma remains to be determined. Patients and their providers should not stop their current asthma treatment but should consider these results if their asthma is not well-controlled,” Lazarus said.

The data were presented at the American Thoracic Society International Conference and simultaneously published in The New England Journal of Medicine.

A focus on low eosinophil levels

In 2009, the National Heart, Lung, and Blood Institute of the NIH created AsthmaNet to conduct studies of asthma treatment that would have an immediate impact for health care providers and patients, according to Lazarus. 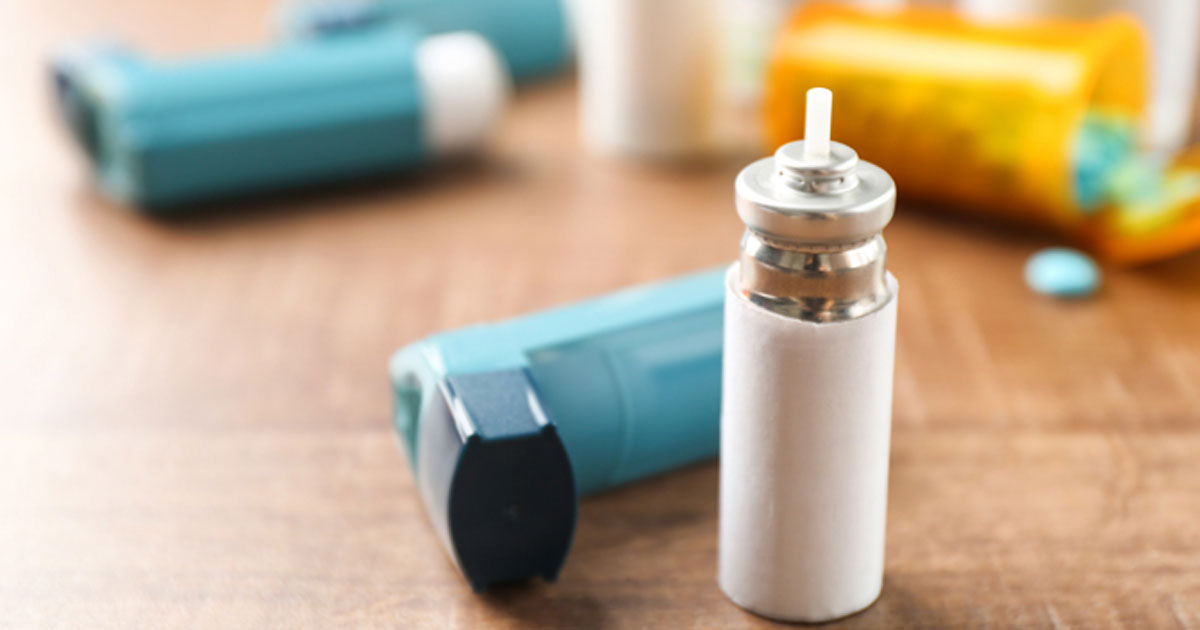 "Although our study suggests the need for reevaluation of treatment guidelines, the appropriate treatment for patients with mild persistent asthma remains to be determined," Lazarus said.
Source: Adobe Stock

“We recognized that many patients with asthma are not well-controlled despite taking prescribed inhaled corticosteroids. We also recognized that a subpopulation of patients with asthma do not demonstrate the eosinophilic (T2) inflammation that was thought to be nearly ubiquitous in asthma and that is the target of corticosteroid treatment,” he said.

In the 42-week, double-blind, crossover SIENA trial, Lazarus and colleagues randomly assigned 295 patients aged at least 12 years with mild, persistent asthma to receive twice-daily mometasone at a dose of 220 g with Asmanex Twisthaler (Merck) or 200 g with the Asmanex HFA (Merck); once-daily tiotropium at a dose of 5 g with Spiriva Respimat (Boehringer Ingelheim); or twice-daily placebo. Each treatment period lasted 12 weeks.

Patients’ asthma, asthma control and sputum eosinophilia were evaluated during a 6-week, single-blind, placebo run-in period. Those with two sputum samples containing less than 2% eosinophils were characterized as having low eosinophil levels. They continued on to the treatment phase if they still met criteria for step 2 therapy; had not escalated to the need for step 3 therapy; had at least two acceptable sputum samples; met the adherence criteria for medication use and diary completion; and did not have two or more episodes of treatment failure or one asthma exacerbation.

After the run-in period, the higher-than-expected proportion of patients with low eosinophil levels prompted revision of the study protocol in which comparison of response to glucocorticoid therapy vs. placebo in patients with low eosinophil levels became the primary focus. The researchers determined response using a hierarchical composite outcome that included treatment failure, asthma control days and forced expiratory volume in 1 second.

However, the researchers noted that their conclusions were not robust enough to make assumptions regarding missing data, according to the NEJM study.

The researchers also evaluated treatment in adults only, which yielded similar results. A slightly larger percentage of patients with low eosinophil levels responded better to treatment vs. placebo and a higher number did better with mometasone than with placebo, Lazarus said during his presentation.

When placed in context of the existing research, the SIENA trial supports the notion that it is time to revisit current treatment recommendations, according to Lazarus.

“Our study, considered together with other recent studies suggesting that mild persistent asthma can be managed safely without daily inhaled corticosteroids, suggests the need to reevaluate asthma treatment guidelines. If most patients with mild persistent asthma have low levels of sputum eosinophils and do not respond well to inhaled corticosteroids, daily use of these medications may increase the risk of side effects and increase cost, without the expected clinical benefit,” he said.

In an accompanying editorial, Gary W.K. Wong, MD, professor and honorary consultant in the department of pediatrics and the School of Public Health, Chinese University of Hong Kong, China, noted that the SIENA trial may not draw firm conclusions, but does point to where the field should be headed.

“To facilitate a personalized approach in the treatment of severe asthma, the use of biomarkers, such as blood eosinophil level, is crucial in determining which patients may have a favorable response to treatment with an anti-interleukin-5 monoclonal antibody,” he wrote. “Such an approach of biomarker-guided treatment is likely to be important in the management of milder forms of asthma.”

Lazarus echoed these sentiments and highlighted future areas of research.

“Our study is not clinically directive, but rather provides the rationale and clinical equipoise for a longer and larger study that compares inhaled corticosteroids with another treatment in patients with mild persistent asthma. We hope that biomarkers other than sputum, which is a robust marker in research sites but is not feasible in the real world, will allow us to predict which treatment is best for a given patient — a precision medicine or personalized medicine approach,” he told Healio Pulmonology. – by Melissa Foster