DALLAS — Single combination inhaler treatment with budesonide-formoterol on an as-needed basis, compared with albuterol, more than halved the risk for severe asthma attacks in patients with mild asthma, according to the results of the Novel START trial presented at the American Thoracic Society International Conference.

“We undertook a real-world study and the question we wanted to ask was that in adults with intermittent and mild asthma who were treated with reliever therapy alone — step 1 treatment — what is the efficacy of a combination inhaled corticosteroid and fast-onset long-acting beta-agonist inhaler used as a reliever alone with two other therapeutic regimens. The first was a continuation of step 1 therapy with reliever therapy alone and the other was a step up to step 2 therapy with maintenance inhaled corticosteroids and reliever therapy, as recommended by asthma guidelines,” Richard Beasley, DSc, from the Medical Research Institute of New Zealand and the Capital and Coast District Health Board, said during his presentation of the data.

Of 675 patients enrolled from 2016 to 2017 in New Zealand, Australia, United Kingdom and Italy, 668 were included in the analysis. To qualify for inclusion, patients had to be 18 to 75 years of age; a short-acting beta agonist (SABA) had to be the sole asthma therapy in the previous 3 months; and they had to report use of the SABA on at least two occasions in the last 4 weeks, but on average no more than two occasions per day, in the previous 4 weeks. 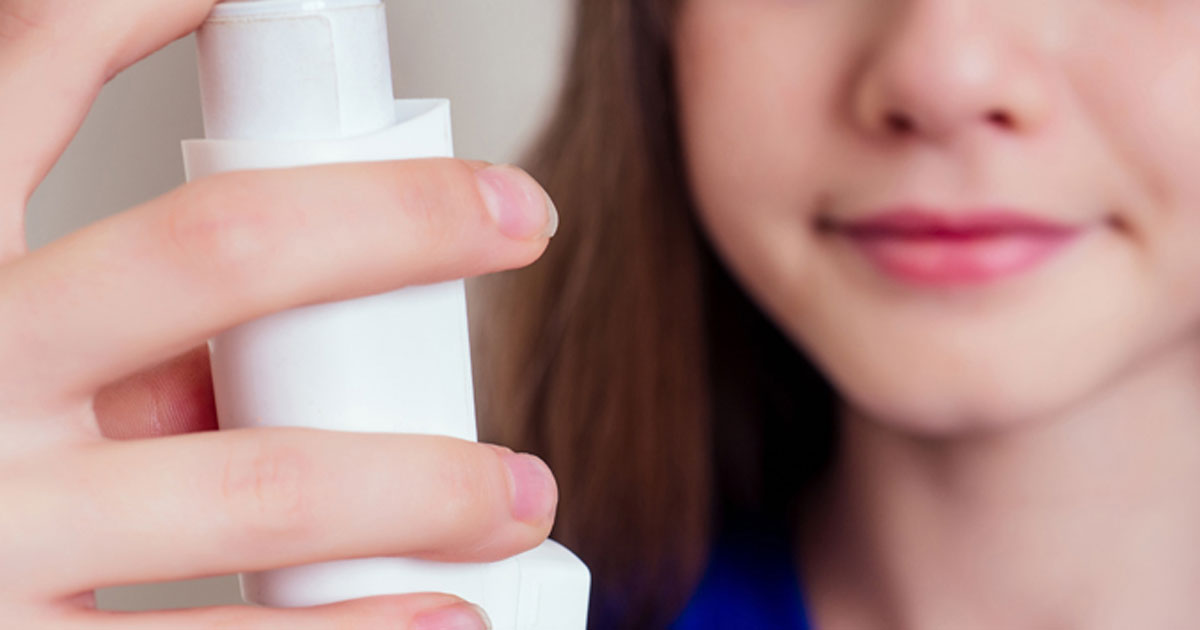 “This suggests that timing may be more important than dose itself in mild asthma and it may be likely that inhaled corticosteroids can be titrated to reduce the risk of exacerbation becoming severe exacerbation,” Beasley said.
Source: Adobe Stock

The primary outcome was annualized asthma exacerbation rates per patient. Exacerbations were characterized as worsening asthma that led to urgent medical care consultation, a prescription for systemic glucocorticoids or an episode of high beta-2-agonist use, which was defined as use of albuterol more than 16 times or the use of budesonide-formoterol more than eight times during 24 hours.

The study was simultaneously published in The New England Journal of Medicine.

At 52 weeks, there were no differences between groups in forced expiratory volume in 1 second. Asthma Control Questionnaire-5 scores were lower in the budesonide-formoterol group compared with the albuterol group, but higher when compared with budesonide-maintenance group, although these differences were well below the minimal clinically important difference, Beasley said.

In the budesonide-formoterol group, the median fraction of exhaled nitric oxide fell by about one-third and was lower than in the albuterol group, Beasley said.

Mean adherence to twice-daily doses of budesonide-maintenance therapy was 56%, which was higher than might be expected in normal clinical practice, Beasley noted, suggesting that adherence was greater in this clinical trial than in the real world.

The results of this study highlight the need to reexamine current clinical practice, according to Beasley.

“These findings challenge both the appropriateness of SABA-only treatment and the necessity for regular, daily inhaled corticosteroid treatment in adults with intermittent and mild asthma,” he said.

“The results of this trial, together with the findings of the SYGMA trials, provide convincing evidence that budesonide–formoterol used as needed is an acceptable alternative to maintenance budesonide maintenance therapy for patients with mild asthma,” he wrote. – by Melissa Foster