Having dogs as pets may decrease schizophrenia risk

Individuals who were exposed to household pet dogs during infancy and childhood may have a decreased risk for developing schizophrenia, according to study findings published in PLoS One.

“Serious psychiatric disorders have been associated with alterations in the immune system linked to environmental exposures in early life, and since household pets are often among the first things with which children have close contact, it was logical for us to explore the possibilities of a connection between the two,” Robert Yolken, MD, chair of the Stanley Division of Pediatric Neurovirology at Johns Hopkins University School of Medicine, said in a press release.

According to Yolken and colleagues, extensive prior research has investigated genomic regions associated with increased risk for schizophrenia and bipolar disorder, but few genes of large effect were identified. Further, substantial differences remain regarding genetic risk factors among different populations, which has directed focus toward identifying environmental exposures in early life since these disorders are neurodevelopmental in nature, the researchers noted. 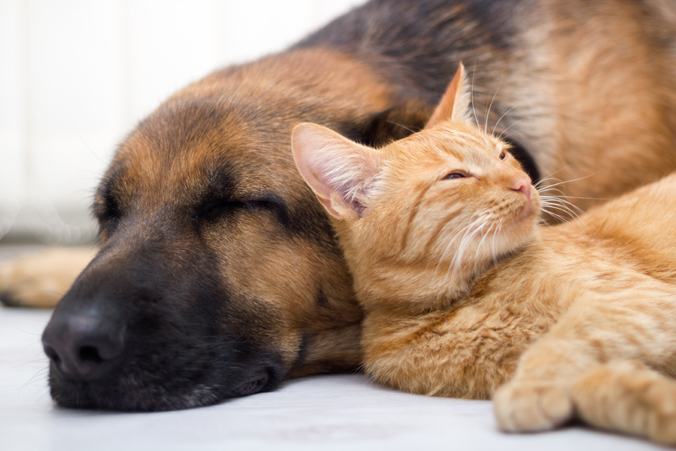 To determine the association between pet cat and dog exposure and subsequent risk for schizophrenia and bipolar disorder, Yolken and colleagues conducted a series of studies in a cohort of 396 individuals with schizophrenia, 381 with bipolar disorder and 594 controls, all of whom were asked whether they had a pet dog and/or cat in their household during their lifetime and, if so, when the first and most recent times were. They used Cox Proportional Hazard and multivariate logistic regression models including socio-demographic covariates to calculate the hazards of developing bipolar disorder or schizophrenia associated with first exposure to a household dog or cat.

“There are several plausible explanations for this possible ‘protective’ effect from contact with dogs — perhaps something in the canine microbiome that gets passed to humans and bolsters the immune system against or subdue a genetic predisposition to schizophrenia,” Yolken said. “A better understanding of the mechanisms underlying the associations between pet exposure and psychiatric disorders would allow us to develop appropriate prevention and treatment strategies.” – by Joe Gramigna