Cannabidiol shows promise in people with a history of heroin abuse

Cannabidiol, or CBD, reduced cue-induced craving and anxiety in drug-abstinent individuals with heroin use disorder, according to results from an exploratory double-blind randomized placebo-controlled trial published in American Journal of Psychiatry.

Over the previous 20 years, more people have died from opioid overdose than in conflicts the U.S. has been involved with from World War II to the present, Yasmin L. Hurd, PhD, of the departments of psychiatry and neuroscience, from Icahn School of Medicine at Mount Sinai, told Healio Psychiatry.

“New medications that are non-opioids and non-intoxicating are desperately needed to treat opioid use disorder that is not only growing in the U.S. but also worldwide,” Hurd said. “Moreover, as public awareness has grown regarding CBD, it is critical to systematically determine its potential medicinal properties by conducting placebo-controlled double-blinded experimental studies. Our research did just that.”

In this exploratory study, researchers examined whether CBD, a nonintoxicating phytocannabinoid, could reduce cue-induced craving and anxiety — critical features of addiction that often affect relapse and continued drug use — in drug-abstinent people with heroin use disorder.

Researchers randomly assigned participants to receive once daily 400 mg or 800 mg of CBD, or matching placebo. Hurd and colleagues evaluated the acute (1 hour, 2 hours and 24 hours after administration), short-term (administered consecutively over 3 days) and protracted (7 days after the last daily administration) effects of CBD on drug-related cue-induced craving and anxiety. They also examined participants’ cognition and physiological status. 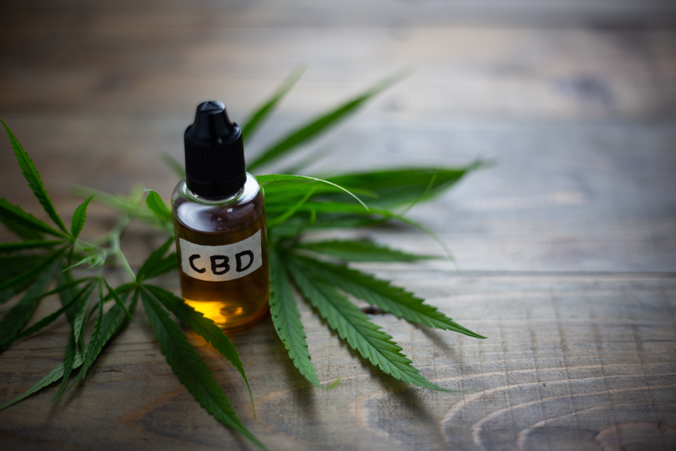 Data from 42 participants were included in the study. Compared with placebo, acute CBD administration significantly decreased both craving and anxiety induced by the presentation of salient drug cues compared with neutral cues, according to the results.

The effects of CBD on craving were most prominent 1 to 2 hours after administration; however, 1 week after the final short-term CBD administration, a significant main effect of group was evident (F = 4.58; P = .0167), the study revealed.

No serious adverse effects were reported.

“Our research lays the foundation towards the path for continued research needed to lead to regulatory approval for clinicians to eventually be able to prescribe CBD to their patients,” Hurd told Healio Psychiatry. – by Savannah Demko