This year, the American Psychiatry Association is hosting its annual meeting, the premier psychiatry event of the year, in San Francisco, a city with a large population of people experiencing homelessness. With the meeting almost here, Healio Psychiatry sought to learn more about the nation’s homeless population and the link between homelessness and mental health.

In 2018, about 553,000 people experienced homelessness in the United States on a given night, according to the 2018 Annual Homeless Assessment Report (AHAR) to Congress.

Many people experiencing homelessness in California reside in San Francisco, a city undergoing a “homelessness crisis,” London Breed, mayor of the City and County of San Francisco, wrote in a 2018 article published on Medium.com.

According to the 2017 City and County of San Francisco Point-in-Time Count, the homeless population was 7,499, which is slightly lower than in 2015 (n = 7,539). Among this population, 58% stayed in unsheltered locations, 41% reported drug or alcohol abuse, 39% reported psychiatric or emotional conditions and 29% reported PTSD. 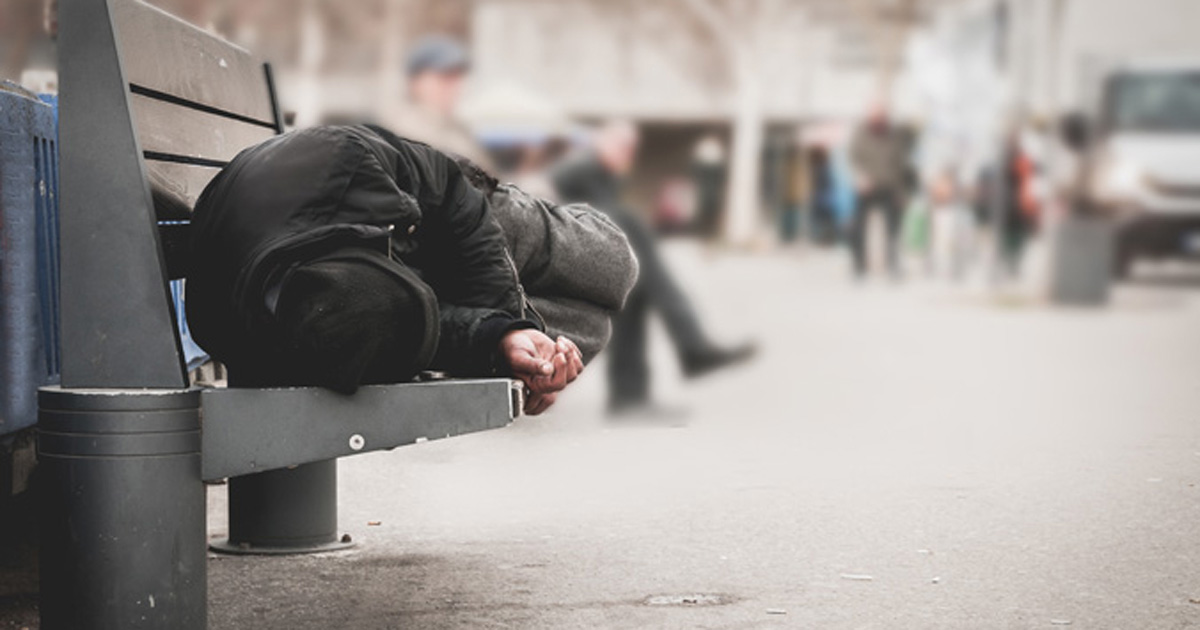 In the Medium.com article, Breed wrote that San Francisco spends about $250 million on homeless services each year, including for supportive housing, preventing eviction and rental subsidies. Although San Francisco helps approximately 2,000 people out of homelessness each year, the homeless population remains steady, she wrote.

One of Breed’s plans as mayor is to improve mental health and addiction treatment. She suggested opening safe IV injection facilities for people to inject drugs under the supervision of health care professionals.

“The rampant drug use, dirty needles, human and animal excrement, garbage, tents, and aggressive behavior on our streets are totally unacceptable,” she wrote. “It is inhumane for the people enduring mental health and addiction issues, and unhealthy, even unsafe, for those passing by.”

In a San Francisco Chronicle article, one reporter called San Francisco’s behavioral health care system “a tangled web of complex and expensive services.” Because of this, Breed has appointed Anton Nigusse Bland, MD, medical director for Psychiatric Emergency Services at San Francisco General Hospital, to a newly created position in the health department to review the mental health system and recommend changes.

According to the article, San Francisco has 133 crisis beds, but more are needed. San Francisco recently received a $415 million windfall from a county education fund, a portion of which Breed announced in December will be used for homelessness and housing initiatives, such as adding extra beds.

Another San Francisco Chronicle article published in February reported that the city received a $3 million state grant to expand needed mental health and substance abuse services for people experiencing homeless within the next year and a half. This grant will include more than $950,000 to pay for six case managers to help chronically ill people identified through the city’s Healthy Streets Operation Center and two social workers at the San Francisco General Hospital emergency psychiatric ward.

“In my experience, I’ve found health professionals to be the most effective at addressing homelessness when they practice in nontraditional ways,” Megan Smith, MSW, clinical social worker, teaching associate with the section of medical education at Alpert Medical School of Brown University and doctoral candidate at Boston University School of Social Work, told Healio Psychiatry.

Smith, who has been doing street outreach for more than a decade, has worked with a psychiatrist for the past 5 years. She explained that the psychiatrist was able to connect with individuals who he would not work with in a traditional practice setting.

In addition, Smith explained that it’s important for providers to share what they see in clinical practice at the policy level.

“Providers can both act as co-organizers with patients and use their privilege to help elevate those voices in conversations about policy and organizational decisions that impact access to and quality of care,” she told Healio Psychiatry. – by Savannah Demko

Medium.com. A Bold Approach to Homelessness. https://medium.com/@LondonBreed/a-bold-approach-to-homelessness-a42121dc586c. Accessed on May 1, 2019.

San Francisco Chronicle. Spending SF’s $181 million windfall: Breed breaks down how she’d do it. https://www.sfchronicle.com/politics/article/Spending-SF-s-181-million-windfall-Breed-13479599.php. Accessed on May 1, 2019.

The U.S. Department of Housing and Urban Development. The 2018 Annual Homeless Assessment Report (AHAR) to Congress. https://files.hudexchange.info/resources/documents/2018-AHAR-Part-1.pdf. Accessed on May 1, 2019.