Assessment of navigational behavior using the smartphone gaming app called Sea Hero Quest can distinguish healthy aging from people at risk for Alzheimer’s disease, according to a study published in Proceedings of the National Academy of Sciences.

"Dementia will affect 135 million people worldwide by 2050. We need to identify people earlier to reduce their risk of developing dementia in the future,” Michael Hornberger, PhD, professor of applied dementia research, Norwich Medical School, University of East Anglia, U.K., said in a press release. “Current diagnosis of dementia is strongly based on memory symptoms, which we know now are occurring when the disease is quite advanced. Instead, emerging evidence shows that subtle spatial navigation and awareness deficits can precede memory symptoms by many years.”

The game was developed to measure spatial navigation performance in monitored research settings and unmonitored at-home settings, according to the study. In the game, players study a map featuring a start location and several checkpoints (the number of seconds viewed are recorded). After exiting the map, they are prompted to immediately find checkpoints in the order indicated on the map under timed conditions. This measures goal-oriented wayfinding.

The investigators used spatial navigation big data from 27,108 adults aged 50 to 75 years from the U.K. who played the Sea Hero Quest game to examine whether such data can be used to determine those at risk for Alzheimer’s disease. Based on how they played the game, researchers compared people genetically predisposed to Alzheimer's disease with those who were not, according to the press release. 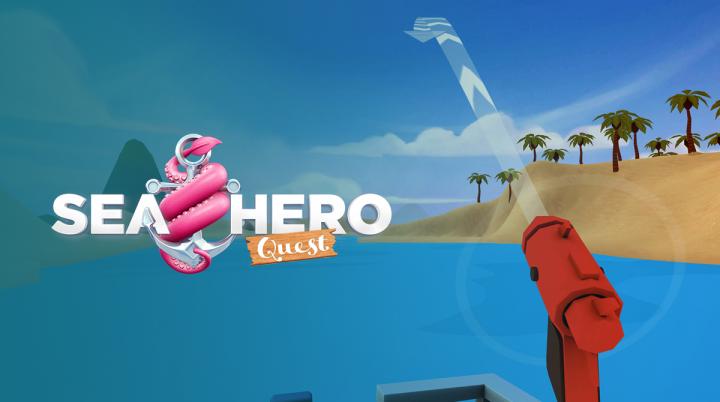 The results showed that adults at high genetic risk (APOE4 carriers) performed worse on spatial navigation tasks in the game and that they took less efficient routes to checkpoint goals, Hornberger said in the release.

"This is really important because these are people with no memory problems,” he said. "Meanwhile, those without the APOE4 gene travelled roughly the same distance as the 27,000 people forming the baseline score. This difference in performance was particularly pronounced where the space to navigate was large and open. It means that we can detect people who are at genetic risk of Alzheimer's based on how they play the game."

“It demonstrates the power of harnessing large-scale citizen science projects and applying big data technologies, to help improve the early detection of diseases like Alzheimer's,” Coughlan said. “It is helping to shed light on how we use our brain to navigate and also to aid the development of more personalized measures for future diagnostics and drug treatment programs in dementia research. This is the tip of the iceberg.”– by Savannah Demko