These findings indicate that racial and ethnic minority students may have unidentified psychiatric disorders and thus may be a group at higher risk, according to findings published in Psychiatric Services.

Stigma of seeking help for psychiatric issues and lack of support services could inhibit college students’ ability to take care of their mental health, according to Justin A. Chen, MD, MPH, from Massachusetts General Hospital and Harvard Medical School, and colleagues.

“This may be especially true for students from racial and ethnic minority backgrounds, for whom specific stressors — such as discrimination and impostor syndrome — can contribute to increased rates of mental health problems,” they wrote.

Chen and colleagues examined the differences in psychiatric symptoms and diagnoses among college students from various racial and ethnic backgrounds in this retrospective analysis using cross-sectional data from the spring 2015 administration of the American College Health Association–National College Health Assessment. They analyzed survey results from more than 67,000 undergraduates at 108 colleges throughout the U.S. 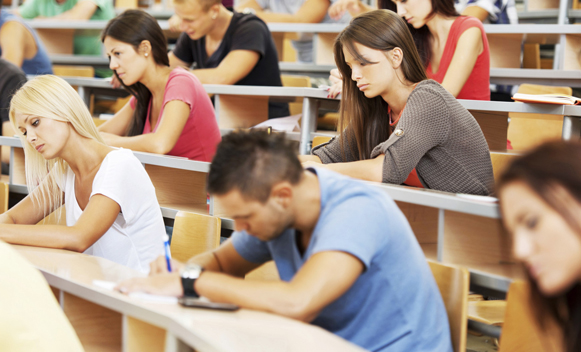 The researchers found that college students had high rates of past-year psychiatric diagnoses regardless of race or ethnicity, with nearly one-fourth of the total sample (n = 16,726) reporting a psychiatric illness.

Past-year rates of psychiatric symptoms ranged from 1.5% among those reporting ever attempting suicide to 87.3% among those reporting ever feeling “overwhelmed by all you had to do,” according to the findings. Across racial-ethnic groups, approximately one in 10 respondents reported considering suicide in the previous year (range 8.7% to 12.6%), and one in 14 reported self-injurious behaviors (range 4.4% to 28.7%).

Analysis revealed that Hispanic, black and Asian/Pacific Islander students were less likely to report any past-year psychiatric diagnosis than white students (adjusted OR range = 0.32 to 0.69). Although racial-ethnic minority students were less likely or no more likely than whites to report most past-year psychiatric symptoms, Chen and colleagues found notable exceptions among multiracial (n = 7,473) and Asian/ Pacific Islander (n = 7,166) students.

“As a practicing psychiatrist and director of a nonprofit center interested in cross-cultural student emotional wellness, these results did not surprise me,” Chen told Healio Psychiatry. “Lower rates of psychiatric diagnosis despite high rates of concerning symptoms in certain minority groups such as Asian/Pacific Islanders could be due to student-related factors (eg, stigma, illness beliefs), health system-related factors (eg, poor accessibility to treatment for minorities, limited availability of culturally sensitive clinicians, minimization or misinterpretation of symptoms), or both.

“Increasing diversity on U.S. college campuses should be met with development and implementation of proactive and culturally informed programs designed to increase mental health awareness and improve support for students, especially those from minority backgrounds,” Chen said. – by Savannah Demko