Co-chaired by Robert Wilkie, Secretary of Veterans Affairs, the task force will develop a “public health roadmap” — the PREVENTS Initiative (the President’s Roadmap to Empower Veterans and End a National Tragedy of Suicide) — to help veterans improve their quality of life and address “one of our nation’s most heartbreaking tragedies: veteran suicide,” Trump said at the signing ceremony.

Among veterans, suicide rates have increased by 26% from 2005 to 2016, according to a fact sheet issued by the White House. On average, 20 service members and veterans complete suicide every day, the majority of whom do not receive health care from the VA.

This “roadmap” will include a national research strategy for engaging with public- and private-sector stakeholders and effectively identify and intervene suicide risk factors earlier. It will also include a proposal for providing governments on the state and local level with resources and tools to help veteran communities and offer services, according to the fact sheet. 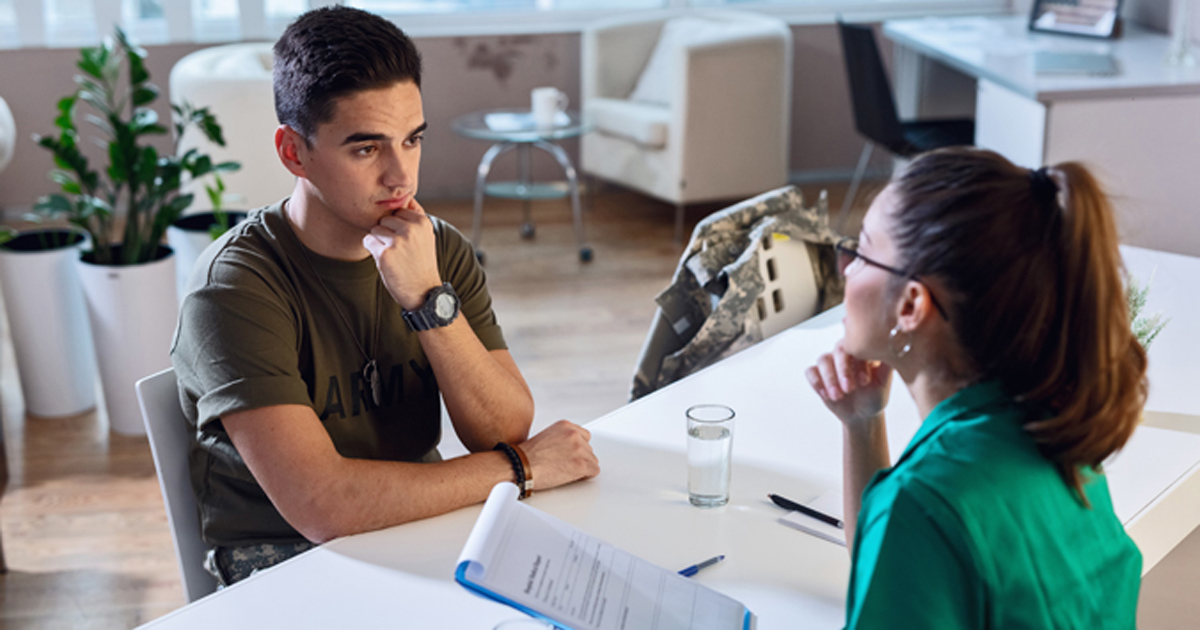 “By investing in research and scientific advances, we can better understand the trauma our brave soldiers face and how to restore their faith and their health,” Trump said. “Under this order, my administration will also work with Congress to pass legislation providing resources and assistance in the form of grants to communities so that they can empower veterans with critical information, services, and networks of total, total support.”

In signing this executive order, the Trump Administration strengthens its existing efforts to support veterans. For 2019, Trump secured $73.1 billion in funding for the VA to provide quality medical care for veterans, which included $8.6 billion for mental health services and $206 million for suicide prevention, according to the fact sheet. In 2018, he also expanded access to telehealth services through the “Anywhere to Anywhere” initiative and signed the VA MISSION Act to improve veteran access to health care.

I appreciate the President’s call to action to reduce veteran suicide. About 70% of veterans who complete suicide have not sought care in the Veteran Affairs system. Therefore, I like the central concept of involving the community in the proposed plan through a variety of grants and other actions.

There have been numerous other ambitious attempts to decrease suicide among military members, including by a Department of the Army Task Force in 2009 and Department of Defense task force in 2010. I have also seen major efforts to improve the mental health specifically of veterans and decrease suicides tried before. Enormous efforts have been made both by the VA and the SAMSHA working with the states (the so called ‘Policy Academy’).

Unfortunately, death by suicide among military members and veterans is a stubbornly persistent issue. The clearest factor is access to firearms. In the military about two-thirds of suicides continue to be through their military or personal weapon. Data are less known for veteran’s suicides, but firearms play a disproportionate role.

I also appreciate the desired goal of getting more information about veterans suicides in a timely fashion, another ‘easy to say but hard to do’ action.

One final thought here is about a condition that is less well known and appreciated by the public. That is the concept of ‘moral injury,’ which is not PTSD, but related to it. Moral injury is the feelings of shame and guilt that so many veterans bring back from war. It is often brought on by losing their fellow soldiers while they survived or by killing civilians who appeared to be dangerous, but finding out that they were children. Sometimes moral injury is related to the feelings that the government and country that they have given so much to has betrayed them. This ties back to the stories of veterans killing themselves in VA parking lots to protest the way they think their government — represented by the VA — has let them down.

I have seen these feelings of shame and guilt be corrosive, but not often addressed by providers. I hope the task force will bring these concepts into view, along with remedies. Thus, while I am encouraged by this new effort, I am not optimistic for simple solutions.