Researchers found a consistent association between eating nuts, particularly walnuts, and fewer and less frequent depressive symptoms in a representative sample of the U.S. population over a 10-year period.

“We began research on tree nuts and cognition a number of years ago and found beneficial associations showing slowing in cognitive decline, particularly in women that consumed more walnuts,” Lenore Arab, PhD, professor at the UCLA David Geffen School of Medicine, told Healio Psychiatry. “To expand our understanding of the ‘brain-walnut connections’ — knowing that the research on the mind-gut connection is blossoming, and that walnuts have an unusual pattern of fatty acids, fiber and polyphenols that do affect the microbiome — we studied depression among a representative sample of Americans.”

The investigators evaluated depression scores based on participant-reported Patient Health Questionnaire-9 (PHQ-9) responses. Participants were asked about their dietary intake over the course of 24 hours and depression symptoms over the past 2 weeks. Then, participants were grouped as reporting they ate walnuts with high certainty, ate walnuts with other nuts, ate other nuts or ate no nuts.

On average, walnut consumers ate an estimated 24 g of walnuts each day, according to the results. 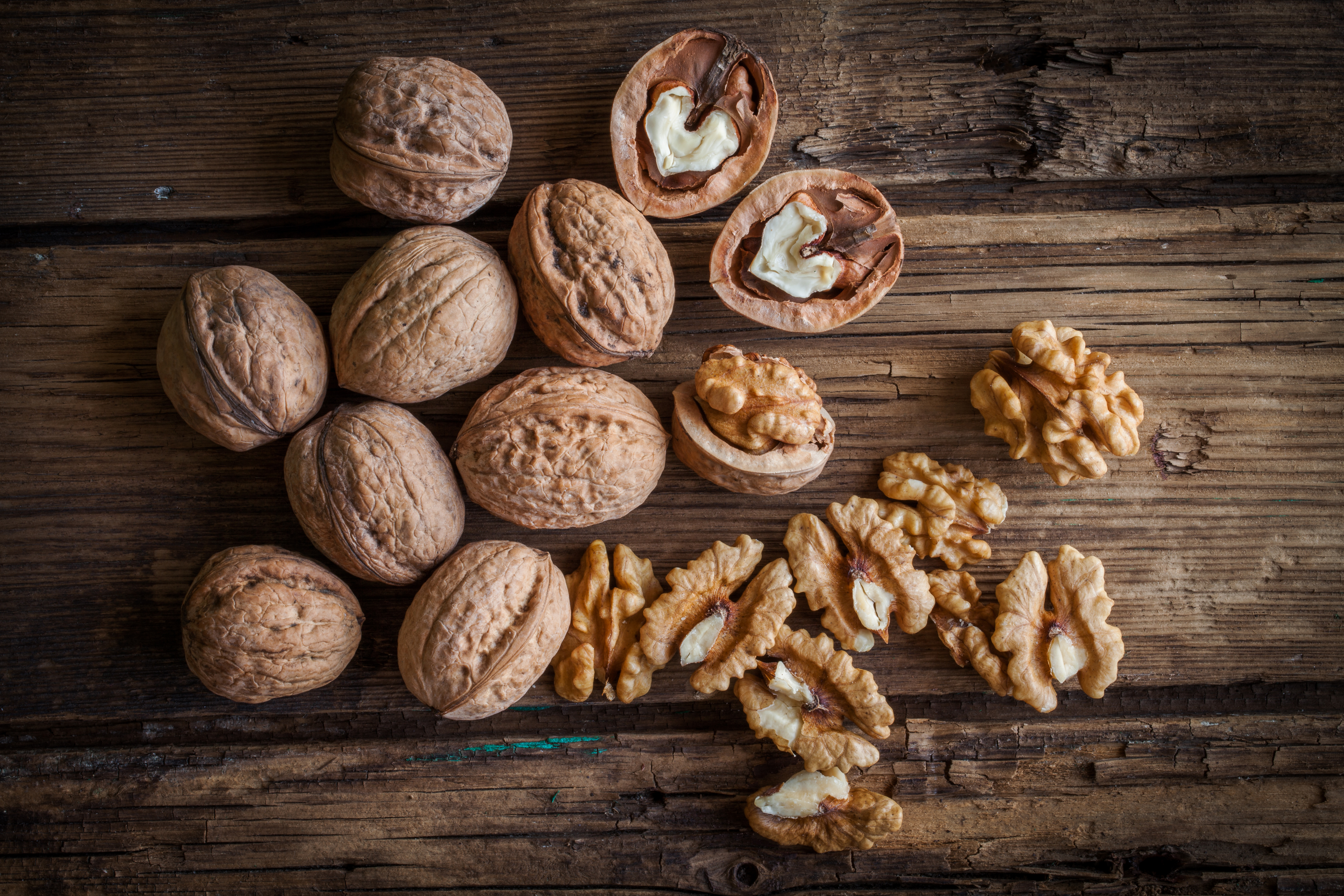 After adjusting for covariates, the association between lower depression scores and walnut consumption was stronger among women (32%; P < .0001) than men (21%; P = .05), according to the results. The data also showed that per the PHQ-9 questionnaire, walnut eaters were more interested in doing things (P = .003), felt less hopelessness (P = .02) and were more energetic (P = .05) than non-nut eaters. The researchers found that those who did not consume nuts were more likely to have concentration problems (P = .02), to feel they spoke slowly (P = .03) and to have felt they were better off dead (P = .002).

“Food does affect our mood,” Arab told Healio Psychiatry. “And knowing which foods are shown to be associated with lower symptoms offers clinicians a nonpharmacological avenue of advice.” – by Savannah Demko