“Recent research has found that weather can alter daily moods and that hotter temperatures can increase risk of suicide,” Nick Obradovich, PhD, from Massachusetts Institute of Technology, and Belfer Center for Science and International Affairs at Harvard University, told Healio Psychiatry. “Our study looks at a middle ground — reported mental health problems — that up to this point hasn't been extensively examined in the empirical literature on the social impacts of climate change.”

The study, published in the Proceedings of the National Academy of Sciences, reported results from a large-scale quantification of the mental health risks posed by climate change.

The investigators combined mental health data with meteorological data and empirical tools reported in the climate econometrics literature to better understand the link between historical climatic conditions and mental health. Researchers examined data from nearly 2 million U.S. residents reported in the CDC’s Behavioral Risk Factor Surveillance System between 2002 and 2012. Respondents answered how many days over the previous month they considered their mental health — which included stress, depression and problems with emotions — was “not good.” 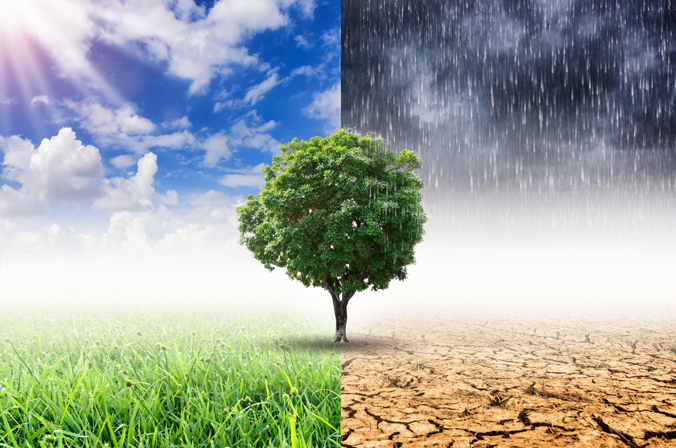 “When our work is combined with prior work, it seems that hotter temperatures can worsen moods, increase prevalence of mental health issues, and amplify rates of suicides, [which are] all troubling outcomes in their own right,” Obradovich told Healio Psychiatry.

Average temperatures greater than 30 degrees Celsius increased the risk for mental health issues by more than 1% points compared with 10 to 15 degrees Celsius (P < .001), and months with greater than 25 days of precipitation amplified the risk by 2% points compared with no precipitation days (P < .001), according to the results.

The investigators explained that the change from monthly temperatures between 15 and 30 degrees Celsius to greater than 30 degrees Celsius over 30 days would yield nearly 2 million more people reporting mental health issues when the magnitude of this connection was put to scale in the current U.S. population.

Low-income participants saw greater risk for mental health problems when exposed to temperatures greater than 30 degrees Celsius (P = .002), which was 1.6 times the effect found among the highest-income adults (P = 0.005). Women also saw the largest negative effect of higher temperatures on the risk for mental health issues (P = .005), which was 1.6 times the effect seen among men (P = .031). Combining these findings, the effect seen in a subsample of low-income women was about twice the magnitude of the effect seen in high-income men (P = 0.03).

“Ultimately, if observed relationships from the recent past persist, added climate change may amplify the society-wide mental health burden in the face of the acute environmental threats produced by warming in natural systems,” the investigators wrote in the full study. “Given the vital role that sound mental health plays in personal, social, and economic wellbeing — as well as in the ability to address pressing personal and social challenges — our findings provide added evidence that climatic changes pose substantial risks to human systems.” – by Savannah Demko