Older age was associated with poorer major depressive disorder course, according to 2-year follow-up data published in The Lancet Psychiatry.

“There is insufficient unequivocal evidence that older people truly have a poorer MDD course, because it requires a large-scale study that includes a broad age range and consistent course assessments,” Roxanne Schaakxs, PhD, from Amsterdam Public Health Research Institute, VU University Medical Center, and colleagues wrote. “On the one hand ... the prognosis of MDD might be worse in old age than in younger ages. On the other, an increased depression burden during life might be associated with premature mortality, and people with an increased burden who do reach old age might have acquired effective coping skills, which might reduce differences between age groups in the course of depression.”

In this longitudinal cohort study, researchers examined the potential association between older age and poorer naturalistic trajectory of major depression compared with that of the younger population. They also assessed whether prognostic clinical, social and health factors contributed to older adult’s MDD course.

Using baseline and 2-year follow-up data from two large cohorts in the Netherlands, Schaakxs and colleagues assessed adults aged 18 to 88 years with MDD diagnosis at baseline and clinical assessment data at follow-up to determine the 2-year course. MDD course was examined using four indictors: diagnosis of MDD or dysthymia after 2 years, chronic symptom course, time to remission and depression severity change. The investigators then examined the links between continuous age and these indicators using multivariate analyses. 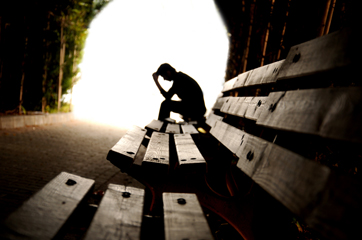 “For clinical practice, our findings suggest that there might be a growing need for age-tailored treatment of MDD. Currently, older people are treated with almost similar treatment guidelines as those used in younger ages, but our findings suggest that older people might require more maintenance treatment,” Schaakxs and colleagues wrote. “Although this conclusion raises the need to examine other explanatory factors, with cognitive impairment among the most important ones, it also shows that it is appropriate to implement optimal treatment or devise specific treatment regimens for depression in later life.”

Prior research has demonstrated the effectiveness of antidepressants and collaborative care management in avoiding remission and improving response among older patients with chronic conditions, Tze Pin Ng, PhD, of the department of psychological medicine, Yong Loo Lin School of Medicine, National University of Singapore, wrote in an accompanying comment.

“Further research should reveal more options for targeted treatment alternatives with insulin sensitizers, such as pioglitazone, for the treatment of major depressive disorder (and cognitive impairments) with a metabolic subtype in older patients,” he wrote. “Notwithstanding the poorer prognosis of depression in old age, the prospect for better treatment and prevention is good.” – by Savannah Demko

It’s not surprising for us to see these results. We do know that the elderly do have, at times, worse depression and sometimes a more difficult course of depression. The most important point is that the study tells us that for all our patients — whether for the elderly, middle-aged, young adult or kids — we have to not only diagnose the depression appropriately, but also tailor the treatments to the individual. Knowing this with the elderly, we must be cognizant to make sure we get all these people into remission. It may take a little more effort to get people there and keep them there. The remission piece is essential. If you don’t get someone into full and complete remission, it is like cancer or an infection — the risk for relapse is almost inevitable, especially after their first or second episode.

In the elderly, there may be some explanations for some of these things, and though the study did a very good job of controlling for variables such as psychosocial factors, the elderly also have different things that are starting to occur in the brain relative to younger people. There’s degeneration in certain brain areas, the natural progression of age, they may be more prone to inflammation, they may have more pain and they have more comorbid illnesses. Though many of these were controlled for in the study, these are still reality factors that should prompt us as clinicians to just make sure that we tailor our treatments to the individual patient, including the elderly.

Most of our current treatments are all based on the monoamine theories of depression. This study in the elderly is a good reflection of why we need to think outside the box. In a prior study, we found we were able to get a high number of people into remission, but in most patients that required more than one treatment. It speaks again to our need to think beyond the monoamine theories. Many of the treatments in development have to look beyond just serotonin, norepinephrine and dopamine, to include theories around inflammation, glutamate, brain derived neurotrophic factor (BDNF) and the newer endogenous opioid system.

Every person who walks into my office has their own fingerprint of how they describe their symptoms, so I think it’s important to hear it in their language. In the elderly, this is very important because not only do they have these internal physiological changes that occur during the aging process, but they have comorbid medical conditions, medications and psychosocial issues. Though some of these were well controlled for in the study, as clinicians we have to go back and say just because a patient is older, and they may have experienced multiple losses, doesn’t mean they deal with loss any better. There are still those levels of stress that impact them.

If there’s one message, it’s just getting beyond those monoamines. We need to think about treatments that are thought to work beyond the monoamine-based antidepressant treatments to achieve remission and recovery for many depressed individuals who remain symptomatic.