Maternal depression could lead to lowered immunity in infants

Mothers who experienced symptoms of depression near the end of their pregnancy were more likely to have children with lowered immunity than mothers without depressive symptoms, according to a study recently published in Clinical & Experimental Allergy.

“Depressive symptoms during pregnancy affected the infant’s immune system by lowering levels of intestinal secretory immunoglobulin A (sIgA), an antibody that plays a crucial role in immunity,” Anita L. Kozyrskyj, PhD, MSc, professor in the department of pediatrics at the University of Alberta, told Healio Primary Care.

She explained that lower sIgA levels in the gut impacts the antibody’s interaction with gut microbiota, increases a short-term risk for C. difficile colonization and gastrointestinal infections, and can cause allergy conditions and obesity in later years. 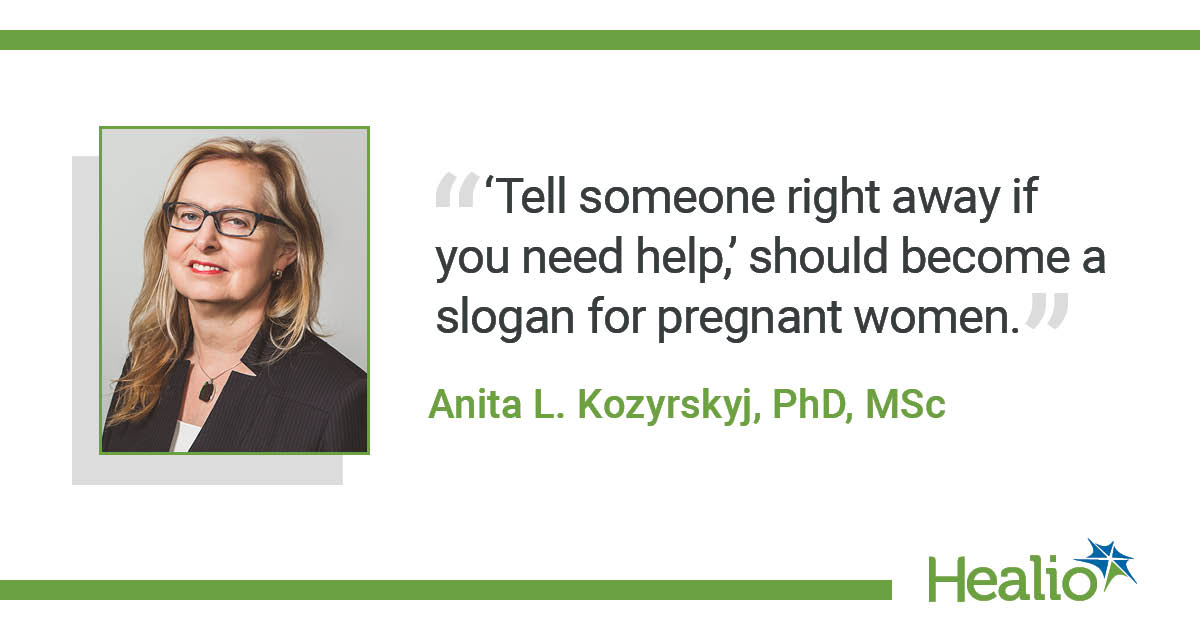 Kozyrskyj and colleagues found that women who had elevated depressive symptoms in their third trimester that later declined had infants with significantly lower mean fecal sIgA concentrations compared with women with few depressive symptoms. These women were twice as likely to have infants with concentrations of sIgA in the lowest quartile (OR = 1.86; 95% CI, 1.02-3.40).

The association was stronger in older infants aged 4 to 8 months, which Kozyrskyj said is a “critical time when [infants] would normally begin to produce their own sIgA vs. receiving it from mother’s breast milk.”

These findings were independent of breastfeeding status and antibiotic exposure at the time infant fecal samples were obtained.

Kozyrskyj and colleagues did not identify an association between postpartum depression or perceived stress and infant sIgA concentrations.

To address depressive symptoms in these women, Kozyrskyj suggested that “all pregnant women are to be encouraged to create a social support system of family and friends, and to seek opportunities for relaxation through nature walks, massage therapy, or yoga and other mindfulness-based stress reduction classes.”

She also said that women who feel anxious or depressed during their pregnancy should speak with their family physician, partner, friend, prenatal class instructor or midwife.

“‘Tell someone right away if you need help,’ should become a slogan for pregnant women,” Kozyrskyj said. – by Erin Michael