Researchers found that 35% of OB-GYNs across the U.S. are aged 55 years or older, but only 19% of OB-GYNs are aged younger than 40 years — findings that point to a potential shortage of these physicians in the coming years.

“We’ve documented that in many cities, there’s a disproportionate workload among OB-GYNs, and there are also many cities where the OB-GYN population is approaching retirement age,” Christopher Whaley, PhD, assistant adjunct professor of health policy and management at the University of California, Berkeley School of Public Health, told Healio Primary Care. “If you are a doctor and especially a younger OB-GYN in one of these areas, then that means that you are probably doing more work than OB-GYNs in areas where there’s a more stable labor marketplace for OB-GYNs.”

Whaley added that OB-GYN is a “particularly demanding specialty” with high rates of burnout, which “could exasperate these problems in this kind of high-needs market today.”

A potential contributing factor to the lower prevalence of younger OB-GYNs is the lifestyle, Dee Ellen Fenner, MD, chair of the department of obstetrics and gynecology at the University of Michigan, told Healio Primary Care. 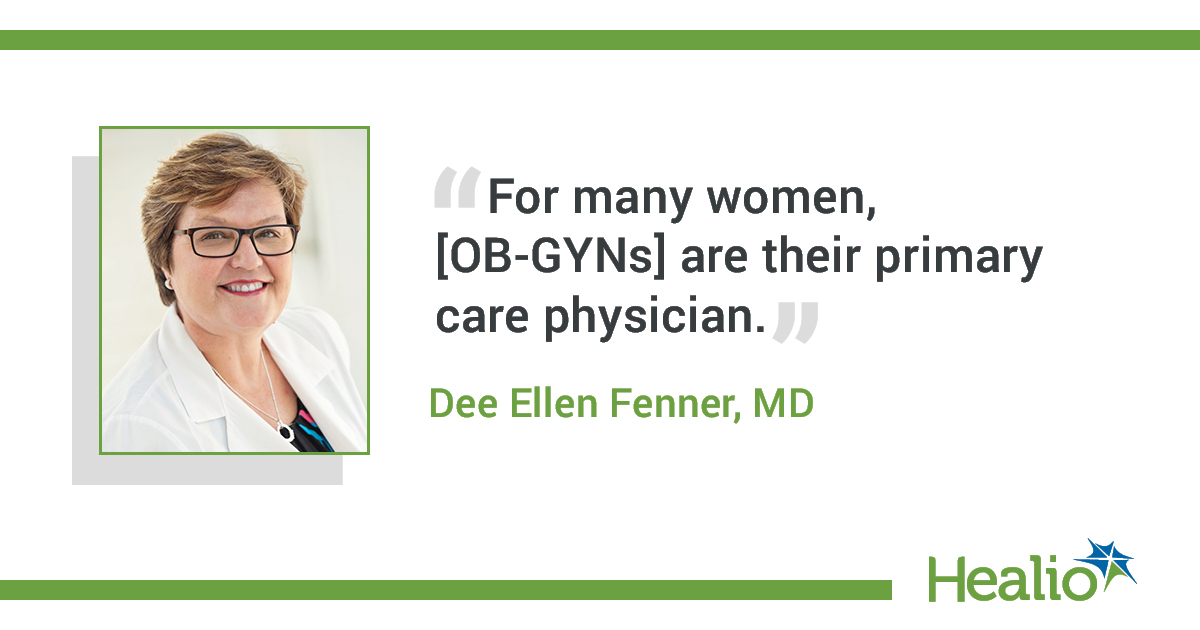 For example, she explained that many medical students think working in the specialty means being on call 24/7, which is not necessarily the case.

Another potential factor contributing to an OB-GYN shortage in the U.S. is that older physicians are not retiring to make room for new physicians in the community, making it more difficult for younger physicians to establish a practice.

Vanessa M. Barnabei, MD, PhD, professor and chair of the department of obstetrics and gynecology at Jacobs School of Medicine and Biomedical Sciences at the University at Buffalo, told Healio Primary Care that “maybe these older physicians need to think about retiring sooner to turn over their practices to younger people, who then can stay in the community for the next 30 or 35 years.”

Additionally, Barnabei noted that men can have more difficulty building and establishing their OB-GYN practices in communities, “which is a challenge in our specialty.” As a result, Fenner said that there are fewer men entering the specialty, potentially contributing to the OB-GYN shortage.

“While it’s great having women take care of women, we all have amazing, wonderful male colleagues who provide excellent care — we don’t want to lose that,” she said.

Another factor that could potentially lead to a shortage is salary — according to a 2019 report, OB-GYNs received an average of $335,000 in compensation, ranking them 20th in their list of the highest earning specialties.

“We are the lowest paid specialty that does surgery,” Fenner said. “This may impact students looking for a surgical specialty.”

She explained that OB-GYNs are typically paid better than internists, family physicians and pediatricians. Therefore, Fenner noted that while salary may play a role in an OB-GYN shortage, it has a larger impact on those primary care specialties.

Fenner explained that OB-GYNs “do a tremendous amount of primary care” — including ordering mammograms, encouraging colonoscopies and screening women for cervical cancer.

“For many women, [OB-GYNs] are their primary care physician,” she said.

Given women’s reliance on OB-GYNs for important primary care services, a shortage could have a significant impact on their health, Fenner said. Similarly, the negative downstream consequences of an OB-GYN shortage could extend to the areas of fertility, gynecologic cancers and uro-gynecology.

“We’ve done a great job in improving outcomes for pregnancies, but unfortunately we’re still lacking in the United States, and we’re still lagging in terms of our maternal morbidity,” she said.

Just last year, a CDC Vital Signs report showed that three out of five pregnancy-related deaths in the United States are preventable.

“Women die in the United States from birth-related problems at higher numbers than any other industrialized country in the world, and so decreasing OB-GYNs would continue to have a negative impact on our mothers and our mothers to be,” Fenner said.

Barnabei said a shortage of OB-GYNs would be particularly detrimental to women in rural communities, which do not offer as many support services as more populated areas, and physicians are subsequently more likely to seek work in more populous areas.

However, she noted that some more populated areas with many Medicaid beneficiaries — like New York City — have worse outcomes despite having more OB-GYNs. This is in part because CMS compensation rates for OB-GYNs have remained relatively stagnant for decades despite rising costs, leading many to accept fewer Medicaid patients than privately insured patients and creating a large underserved population.

Fenner suggested that medical schools can encourage more students to enter the field through effective mentorship.

“I think we need to be great role models for our students. We need to show them that OB-GYN is a wonderful field,” she said.

Having role models for male students is particularly import to “ensure that our male students — obviously as well as our female students — see this as a rewarding, interesting and enjoyable specialty that they might want to go into,” Fenner said.

Barnabei explained that students should be informed that the lifestyles of many OB-GYNs have changed in recent years. For example, the increased prevalence of large group practices and hospitals allow OB-GYNs to have fewer calls and more regular work schedules, making the field more attractive to physicians.

Fenner added that the use of laborists in many delivery rooms is relieving some of the burden and allowing clinicians to achieve a better balance between home and work life — a message that should be relayed to prospective OB-GYNs.

Fenner also said that providing incentives like student loan forgiveness programs could help states, communities and institutions motivate students to enter the field or move to areas where more OB-GYN practitioners are needed most.

Although the burden of student loans can be addressed through grants and scholarships, Fenner stressed that the solution to the OB-GYN shortage extends beyond medical schools and “into communities, hospital associations, or local and state government to try to ensure that women have access to OB-GYN care.” – by Erin Michael