Q&A: What is urinary auto-brewery syndrome?

A new type of auto-brewery syndrome was recently identified in a woman with cirrhosis and poorly controlled diabetes, according to a case report published in the Annals of Internal Medicine.

This comes months after another case report of auto-brewery syndrome, or gut fermentation syndrome, was published in BMJ Open Gastroenterology in which the patient experienced symptoms of alcohol intoxication after fungal yeast formed in his upper small bowel and cecum and carbohydrates he consumed were fermented into alcohol.

In the more recent report, investigators at the University of Pittsburgh Medical Center reported that the 61-year-old woman was advised to seek alcohol addiction treatment by another hospital after her urine screenings for alcohol repeatedly tested positive.

Initially, the investigators also thought the patient was hiding an alcohol use disorder, but they found that her plasma test results were negative for metabolites of ethanol. In addition, they noted that she did not exhibit symptoms of alcohol intoxication even though she had high urine ethanol values. 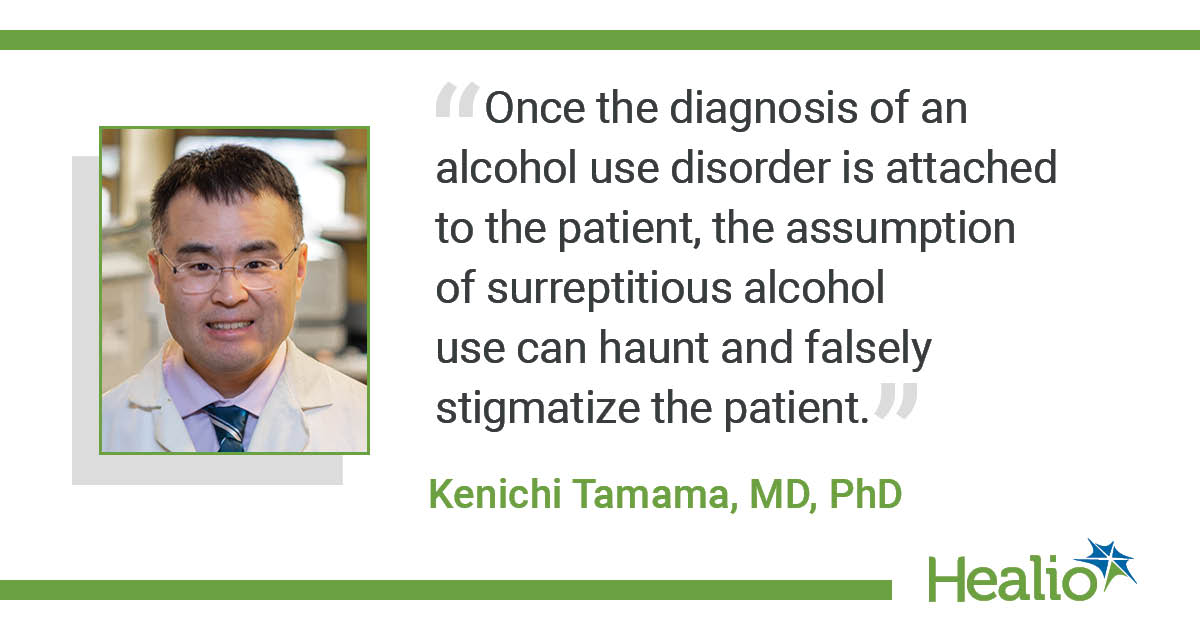 Kenichi Tamama, MD, PhD, lead author of the case report, associate professor of pathology and medical director of the clinical toxicology laboratory at the University of Pittsburgh Medical Center, spoke with Healio Primary Care about this phenomenon known as “urinary auto-brewery syndrome,” the differences between urinary and traditional auto-brewery syndrome and the difficulties of diagnosing both conditions. – by Erin Michael

Q: What is a urinary auto-brewery syndrome?

A: Urinary auto-brewery syndrome is a previously unrecognized rare medical condition in which a significant amount of ethanol is produced through fermentation by the colonizing microorganism within the urinary bladder.

The presence of hyperglycosuria and fermenting microorganisms such as Candida glabrata in the urine specimen and discrepant test results of ethanol and its metabolites — positive urinary ethanol, negative serum/plasma ethanol and negative ethanol metabolites such as ethyl glucuronide and ethyl sulfate — should be indicative of urinary auto-brewery syndrome. It is ideal to experimentally prove the ongoing fermentation within the urine specimen as we did. The experiment itself is not that difficult for experimental laboratorians, but it is not regarded as a diagnostic procedure under the current Clinical Laboratory Improvement Association regulation in the U.S.

A: The treatment option should include the eradication of the fermenter in the bladder and control of the underlying disease. In this case, anti-fungal treatment and better diabetic management should be therapeutic options.

Q: Why is it important for clinicians to recognize urinary auto-brewery syndrome?

A: I think it is important for clinicians, especially in liver transplant clinics and alcohol abuse clinics, to recognize urinary auto-brewery syndrome because they are the ones who monitor alcohol abstinence. As seen in this case, the lab test results of the patients with auto-brewery syndrome might be misinterpreted as evidence of alcohol ingestion. Once the diagnosis of an alcohol use disorder is attached to the patient, the assumption of surreptitious alcohol use can haunt and falsely stigmatize the patient.