Considering a patient’s sex and gender is essential during clinical decision-making, according to a review published in JAMA Internal Medicine.

Authors of the review explained that studies have identified sex- and gender-based differences in multiple clinical conditions — including immune disorders, neurocognitive decline and vascular health — but much of the research has not been incorporated into clinical practice.

“Sex, a spectrum of biological and physiologic traits characterizing maleness and femaleness, and gender, the continuum of socially-constructed roles and behaviors associated with men, women and gender-spectrum diversity, should represent primary domains in the clinical practice of precision medicine,” they wrote.

Lead author Deborah Bartz, MD, MPH, associate professor at Harvard Medical School and director of education in the Connors Center for Women’s Health at Brigham and Women’s Hospital, spoke with Healio Primary Care about how sex and gender influence health and the importance of recognizing these differences in practice. – by Erin Michael 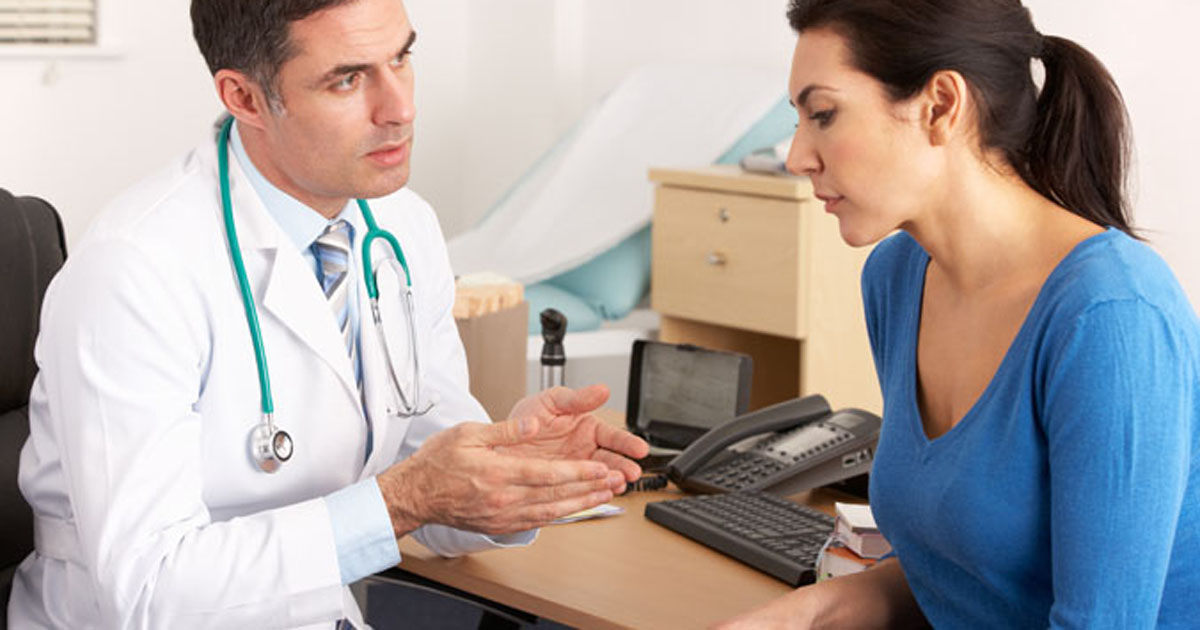 Considering a patient’s sex and gender is essential during clinical decision-making, according to a review published in JAMA Internal Medicine.
Source: Adobe Stock

Q: Why are clinicians not considering sex and gender differences during decision-making?

A: Most biological science research has historically been male-biased. This was not necessarily out of desired exclusion but rather as a means of the convenience of homogenous cohorts in biological studies. But it has meant that much of the medical evidence derives from the study of exclusively male participants in cellular-, mammalian- and human-based medical research.

This male-based research has then been extrapolated to women with the misperception that women, outside of their reproductive organs, are like men. Luckily in the last 2 to 3 decades we have seen a surge in medical research that has more accurately recruited women and analyzed data to assess sex-based and gender-based differences in health, disease and response to therapeutics.

Many clinicians were trained before this new research on sex and gender differences was available and are just simply not aware of their clinical impact. Currently, many medical schools are incorporating these differences.

Medicine has historically been studied and practiced through the lens of male biology and culture. However, basic science, social science and clinical research demonstrate wide variability between men and women in disease risk, presentation and prognosis, along the parameters of biologic sex and sociocultural gender. Despite this evidence, sex and gender remain inadequately considered in medical decision-making, resulting in poorer health outcomes. These health outcome disparities are compounded in communities with further layering of disadvantage, such as among women of color, women of low [socioeconomic status], and women with disability.

Our manuscript provides a succinct state-of-the-science overview of what we know about sex differences in risk, presentation and treatment of major illnesses. Clinically significant differences have been identified in the domains of genetics, epigenetics, hormonal milieu, immunity, neurocognitive/vascular aging and response to therapeutics, among others. Our conclusion is that considering a patient’s biological sex and sociocultural gender will enable physicians to make more informed clinical decisions that will improve health outcomes for all patients.

Q: What gender/sex differences in immune function should physicians be aware of?

A: There is considerable evidence that baseline immune function differs between sexes and by gender-specific exposures. Innate and adaptive immune responses are stronger in women than in men, leading to higher vaccine efficacy in women. Sex differences also affect the risk of autoimmune diseases and immune-mediated conditions such as transplant rejection. Autoimmune diseases affect 5% to 10% of the U.S. population, and most have a striking female preponderance. The high prevalence of autoimmune disorders in women, as well as other diseases, such as migraine, are important as it means that many female patients live with chronic medical conditions. These conditions individually have consequences, but they also have consequences when they interact with each other. Furthermore, considering women of reproductive age who live with these chronic conditions, we must also consider their risk for pregnancy or pregnancy prevention with contraception as it relates to their medical disease. Many conditions and many therapies can negatively impact a pregnancy, or a pregnancy may worsen a chronic medical condition. Therefore, contraception management should be part of the care plan for women with medical complexities, such as autoimmune disease.

Q: How do men and women respond differently to therapeutics?

A: Women have 1.5- to 1.7-fold greater risk of developing adverse drug reactions. Due to greater health care utilization and likelihood of chronic disease diagnosis, women are more often on multiple medications. Many medications are metabolized differently in women than men due to variances in body size and distribution volumes, sex hormone levels, activity of enzymes, and effects of routes of excretion on sex-specific responses to drugs. For example, propranolol levels may be up to 80% higher in women, so dosage has to be adjusted to avoid adverse effects. This is important because survival benefits for women with heart disease who receive the drug are well documented. Zolpidem is more slowly metabolized in women, because of which the FDA now recommends that the initial dose for women should be half the dose recommended for men. Digoxin, once a primary agent in the armamentarium of drugs used for heart rate control and the treatment of heart failure, has a different and relatively more hazardous effect on women, principally due to reduced distribution volume and the lower glomerular filtration rate in women. Angiotensin-converting enzyme inhibitors reduce cardiovascular events in men but less so in women, and cough is a more frequent adverse effect in women. In contrast, angiotensin receptor blockers are equally effective in both sexes. In women, low-dose aspirin reduces the risk of stroke in women but has minimal effect on the risk of myocardial infarction (MI); whereas, in men the benefits of aspirin appear greater for preventing MI than stroke. Compared with men, women are more likely to experience bleeding after treatment with tissue plasminogen activator or warfarin, suggesting that sex differences should be considered in dose adjustments.

Q: How does a patient’s gender affect their interactions with the health care system?

Probably the best clinical outcomes come from those patient-doctor relationships that are embedded in open communication, lack of power differentials and lack of mistrust in the patient-physician dyad. There are physicians who do have practices that specialize in woman’s health. For example, there are women’s neurology specialists for women who suffer from headache disease or women who suffer from seizure disorder. Often, these practices commit to being up-to-date on sex- and gender-based differences in diseases. For women with chronic medical conditions, these practices may allow the patient-physician couple to have an improved relationship that might affect the patient’s disease outcome. However, probably the best advice for a patient who is seeking out the best possible care specific to her as a woman is to make sure she has a positive relationship with her physician that allows her to feel the agency or self-determination to speak freely and to ask questions, specifically as about the medical literature regarding sex and gender based differences.

Q: What can physicians do to ensure that they are adequately caring for sexual and gender minorities?

A: Physicians should commit to learning to care for patients with diverse identifies and should ask about these identities during the patient encounter. Many physicians and health systems are starting to incorporate this into care, asking early in the clinical relationship if there is a different name or different pronouns that should be used than those represented on ID’s. Physicians should seek out training on how to best and most respectfully take care of sexual and gender minority patients instead of looking to the patients themselves to have to “teach” the clinician. Clinicians need to develop a trusting relationship with their patients to allow them to share important, often intimate details about their identities that may contribute to their risk for certain disease or the manner in which they interact with the health care system.