The ACP called for an overhaul of the health care system in the United States, including a shift to universal health care, in a series of policy papers published in the Annals of Internal Medicine detailing why the overhaul is needed and what action is needed.

“Our current health care system leaves too many Americans behind despite the fact that our country spends so much money in the health care sector,” ACP President Robert M. McLean, MD, MACP, told Healio Primary Care. “Other countries seem to spend less money and yet achieve better outcomes when statistics are looked at in a number of different ways.”

“The rhetoric around health care reform is ever louder, and ACP wanted to elevate the quality of the conversation and explore the depths of what evidence really has shown or not,” he continued. “Our patients deserve better than what our current health system is offering.” 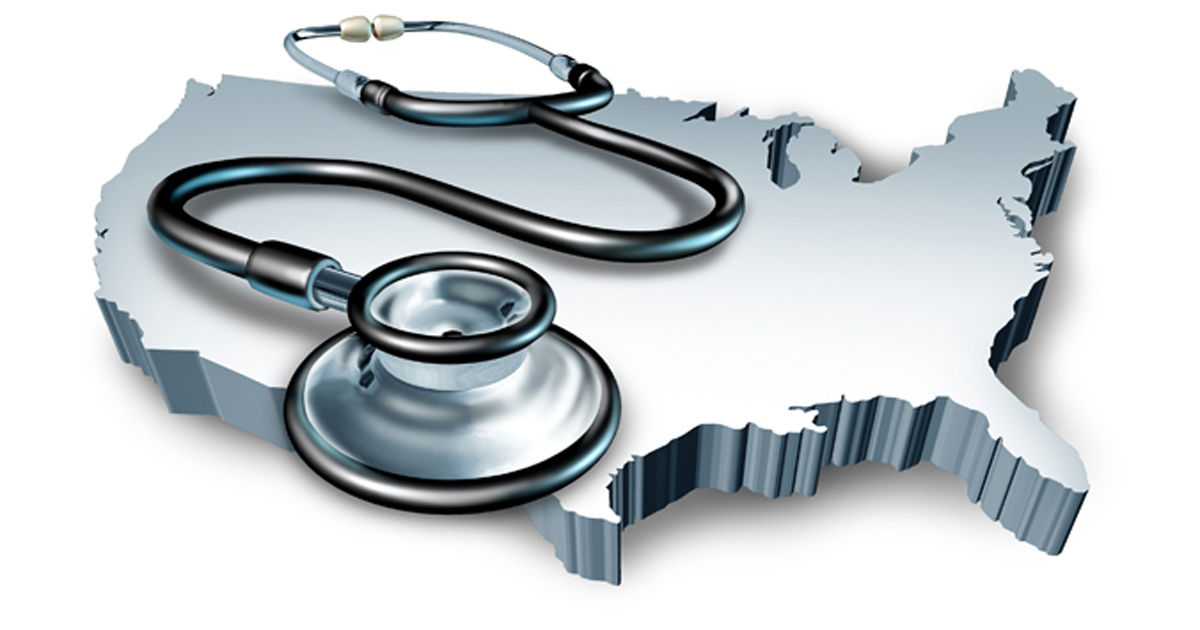 The ACP called for an overhaul of the health care system in the United States, including a shift to universal health care, in a series of policy papers published in the Annals of Internal Medicine detailing why the overhaul is needed and what action is needed.
Source: Shutterstock

The U.S. health care system “costs too much,” according to the ACP. In 2018, nearly 18% of the country’s gross domestic product — $3.6 trillion — was spent on health care. However, authors of a policy paper on health care coverage and costs noted that high prices and spending do not necessarily indicate better outcomes, with mortality rates for common causes of death higher in the U.S. than in similar countries.

According to the paper, high spending on health care and uneven health outcomes in the U.S. are primarily caused by the current fee-for-service system, including high administrative costs.

The ACP proposed two plans to shift to universal health care. The first is a government-run, single-payer model that would maintain low costs through bargaining monopsony power, lower administrative burdens and costs, and uniform benefits for all.

The second universal health care model is based on public choice, where people who have employer-sponsored insurance could enroll in public insurance or keep a regulated private insurance plan.

“Our goal is a health care system that has universal coverage with essential benefits, portability, pre-existing condition protections, and administrative simplification,” McLean said.

Public support for a single-payer health care system is “near an all-time high,” with as many as two-thirds of Americans in favor of this model, according to researchers at the University of California, San Francisco (UCSF). In a recent study, Christopher Cai, lead author and third-year medical student at UCSF, and colleagues found that most single-payer models would result in net savings on total health care spending of 3.5% in the first year.

In an editorial published with the policy paper, Steffie Woolhandler, MD, MPH, and David U. Himmelstein, MD, distinguished professors in the School of Urban Public Health at the City University of New York at Hunter College, noted that although many physicians in Canada originally opposed the switch to a single-payer system, physicians still maintained high annual salaries and many health care outcomes were better than those in the U.S.

“Although no reform achieves perfection, evidence indicates that a well-structured single-payer reform might resolve our nation's coverage and affordability problems, preserve the choices patients value, and allow doctors to focus on what matters most: caring for our patients,” they wrote.

In another policy paper, the ACP called for reforms to payment policies and health care delivery systems.

The organization stressed the importance of considering the best interests of patients and their families when defining the value of care. Therefore, they recommend transparency with patients during major treatment choices and shared decision-making between physicians and patients.

To provide effective patient- and family-centered care, the organization said that delivery and payment systems should be redesigned for physician-led, team-based care. It noted that multiple approaches to care should be considered, including capitation, patient-centered medical homes, and direct primary care models.

In an accompanying editorial, Helen Burstin, MD, MPH, executive vice president and CEO of the Council of Medical Specialty Societies, wrote that “quality is a team sport, and the patient should be a highly-valued member of the team.”

“There is limited evidence that transparency alone improves decision making by patients and caregivers, so a new health system should ensure not only that information is provided but also that it is understandable and actionable,” she continued.

The ACP also called for more support for primary care, which McLean said is “clearly undervalued in our current health system.”

The organization also urged reforms to health information technology that would allow it to improve care and relationships between physicians and patients.

In another policy paper focused on health care barriers, the ACP called for an end to discrimination, workforce shortages, and social determinants of health.

To accomplish this, the organization said there is a need to shift funding and policies to focus on improving public health issues like tobacco and nicotine dependence, maternal mortality and environmental health and climate change.

“Achieving health equity, in which everyone has a fair and just opportunity to be as healthy as possible, necessitates intentionally addressing underlying structural drivers, such as individual and structural racism and discrimination; policies, such as redlining; and inequities in education and economic opportunity,” they explained. – by Erin Michael

Disclosures: Burstin, Butkus, Crowley, Doherty, Erikson, Gracia and McLean report no relevant financial disclosures. Cai received a student summer research grant of $750 from Physicians for a National Health Program to support this study. DeSalvo was formerly on the Humana Board of Directors. Himmelstein and Woolhandler reported co-founding and remaining active in the Physicians for a National Health Program, serving as unpaid policy advisors to Sen. Bernie Sanders and co-authoring research-related manuscripts with Sen. Elizabeth Warren; they received no remuneration for this work. Please see studies for all other authors’ relevant financial disclosures.