The Apple Watch series 4 and 5 can record an electrocardiogram using an app and obtain results similar to those of a standard ECG, according to a research report published in the Annals of Internal Medicine.

“It’s easy — any person with an Apple Watch is able to record a quasi-standard ECG using our method,” he continued. “You can record your own ECG ... or record the ECG of another person.”

To record an ECG on an Apple Watch, users open an ECG app and use their finger to touch the digital crown — a button on the side of the device. The device then records 30 seconds of a single-channel ECG, which is similar to a lead I ECG, according to the report. 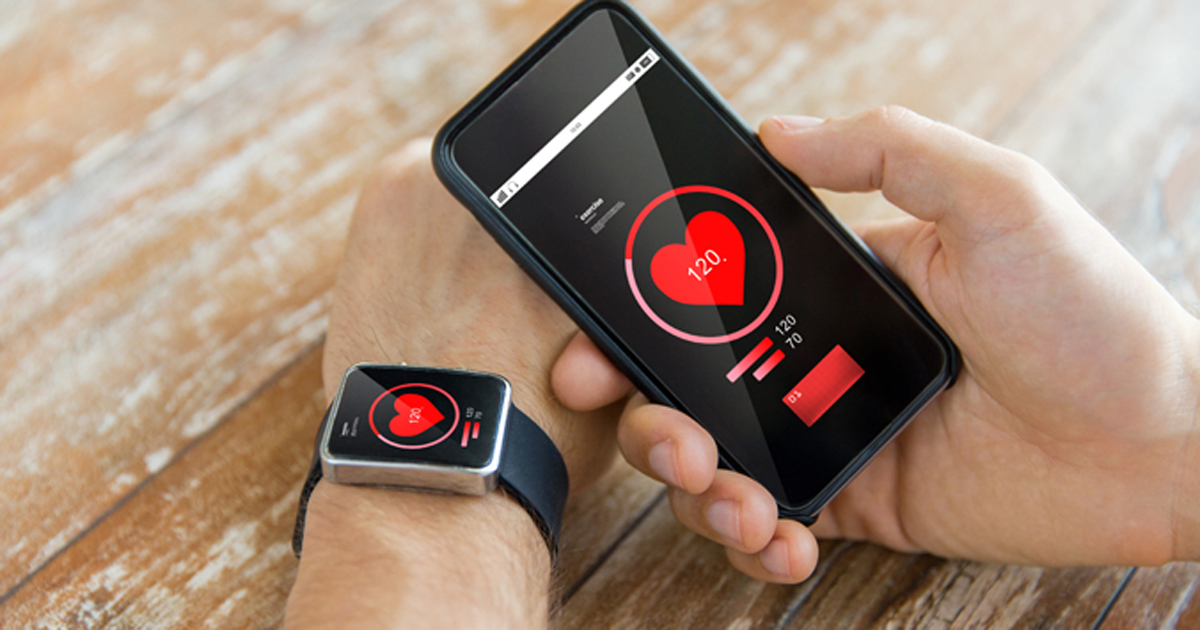 The Apple Watch series 4 and 5 can record an electrocardiogram using an app and obtain results similar to those of a standard ECG, according to a research report published in the Annals of Internal Medicine.
Source: Adobe Stock

Once recorded, an app on the iPhone connected to the user’s Apple Watch does a rhythm analysis and classifies the recordings as a sinus rhythm, bradycardia, tachycardia, atrial fibrillation or inconclusive.

Previously, the app was only used to record one lead, which differs from standard ECGs that obtain 12 leads.

To determine if the device could record a multilead, quasi-standard ECG, Cobos Gil compared results between Apple Watch ECGs and standard ECGs for standard limb leads II and III, and precordial leads.

To record leads II and III, the device was moved to the ankle or a place on the leg. Because the standard V1 to V6 precordial leads require three limb electrodes to record and were therefore not feasible on the Apple Watch, Cobos Gil used CR1 to CR6 — which are similar to V1 to V6 — to compare results from precordial leads. These were recorded by placing an electrode on the right arm and placing the back of the Apple Watch on the chest.

He found that the results for leads I, II and III were identical between Apple Watch and standard ECGs. The results were similar between leads V1 to V6 and CR1 to CR6 but not identical.

In the report, Cobos Gil noted that the results should be interpreted with caution, as further clinical studies are needed to evaluate the role these devices could play in diagnoses and follow up.

“[Not far] in the future, the Apple Watch and other smart wearables will be linked to artificial intelligence systems able to make an accurate diagnosis of multiple emergencies,” he told Healio Primary Care.

Results from the Apple Heart Study, published earlier this month, demonstrated that the device can monitor changes in blood flow activity that could point to an irregular heartbeat.

Researchers found that 0.52% of the 419,297 participants received an irregular pulse notification on their device, and of 450 who later wore ECG patches, about 35% had atrial fibrillation. – by Erin Michael

This was a fascinating article that further tracks the conversion from traditional medical devices — that are expensive, generally confirmatory, a hassle to use, and require special expertise to interpret — to “medical consumables” — which are usually app or smartphone based, much less expensive, used in lower risk populations, and easy to use and interpret, with generally automated interpretations, for infrequent symptoms of questionable significance — and to “medical wearables,” which are essentially smart medical jewelry that happen to be medical devices that support “drive-by-diagnostics,” usually for the asymptomatic populations and find “What the heck?” diagnoses.

The concept behind the novel, re-engineered use of an existing, everyday device such as the Apple Watch to offer a sophisticated, medically diagnostic electrocardiographic device that goes well beyond simple identification of rhythm disorders to the ability to identify ischemic events is interesting, and could be very useful. Perhaps we are bearing witness to the mass consumable version of the AED for the diagnostics world? It is interesting to note that the underlying concept to obtain “precordial-like” leads is already in use and approved in Europe to obtain a complete 15-lead ECG using just four leads. This application using the Apple Watch just further democratizes and expands access to anyone who owns a smart watch, although it will be a little tricky to position it to obtain all of the possible leads, and one would have to be careful with motion and electronic artifacts from this device.

This data shows that we have opened a new door for ECG diagnostics, but we need to be thoughtful about where it leads to.