Legal and political battles have put the fate of the Affordable Care Act, and health care for millions of Americans, back into the spotlight and ensure that that it will play a pivotal role in the 2020 elections.

Last week, the Justice Department submitted a two-sentence letter to United States Court of Appeals for the 5th Circuit in which it stated that the Court of Appeals should affirm a December 2018 Texas District Court opinion holding the entirety of the Affordable Care Act to be unconstitutional.

In 2018, under then-Attorney General Jeff Sessions, “the Department of Justice declined to defend the ACA in this case but did not go so far as to argue the entire law is unconstitutional,” Amanda C. Pustilnik, JD, a law professor at the University of Maryland, told Healio Primary Care Today.

“Now, under current-Attorney General William Barr, the Justice Department has endorsed the 2018 decision and will file a brief urging the appellate court to affirm the lower court’s complete invalidation of the ACA,” she continued.

The consequences of the circuit court concurring with the district court could be dire, according to Michele Goodwin, JD, the University of California Irvine School of Law Chancellor’s professor.

“The ACA would be completely eliminated, which would also remove some of the constitutionally-protected principles within the ACA. For example, the term ‘pre-existing’ would become whatever insurance companies want it to be, such as a second pregnancy, a recurrence of cancer, or other similar medical scenarios,” she said in an interview.

Robert Greenwald, JD, faculty director of the Center for Health Law and Policy Innovation at Harvard Law School, concurred with Goodwin on the consequences of the ACA repeal.

“If the lower court’s decision is affirmed, it would topple the entire ACA, including provisions entirely unrelated to the individual mandate such as the expansion of the Medicaid program. This would do untold damage to our health care system. It would leave over 20 million additional people uninsured,” he said in an interview. 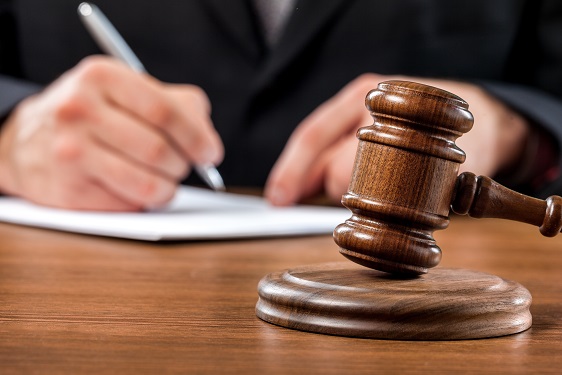 Legal and political battles have put the fate of the Affordable Care Act, and health care for millions of Americans, back into the spotlight and ensure that that it will play a pivotal role in the 2020 elections.
Source:Shutterstock

Goodwin said historically United States Court of Appeals for the 5th Circuit usually leans conservative when rendering decisions, but that does not necessarily mean history will repeat itself.

Greenwald said he was “cautiously optimistic” the United States Court of Appeals for the 5th Circuit will keep ACA in place, since the district judge’s ruling has no legal footing to stand on.

“The Texas decision flies in the face of the severability doctrine that requires judges to leave what Congress did as undisturbed as possible. Congress could have eliminated any other part of the ACA in addition to the mandate or all of the ACA, but chose not to. The ACA has survived many challenges. This brief is not going to be the instance that takes the ACA down,” he said.

Many conservative legal analysts and the Republican Attorneys General of Montana and Ohio have criticized the legal underpinnings of the Texas District Court ruling, and have filed amicus briefs with the United States Court of Appeals for the 5th Circuit opposing the decision, according to NBC News.

However the Court rules, appeal to the Supreme Court is likely, where the ACA would face a more conservative bench than it faced in previous decisions.

“Chief Justice John Roberts has already presided over two cases in which a majority of the court held the individual mandate to be constitutional. Neither Justice Roberts nor the two new justices, Neil Gorsuch and Brett Kavanaugh, believe it is the role of judges to legislate from the bench,” Pustilnik said. “Perhaps these justices will resist being used as a tool in the political strategy of repeal and replace, which is the job of Congress, not the courts.”

The Justice Department’s action prompted many medical societies to renew their concerns about the potential fallout from a complete repeal of the ACA without replacement legislation in place.

The AMA, American Academy of Family Physicians, ACP, AAP and the American Psychiatric Association collectively filed an amicus brief with the Court of Appeals “in defense of significant coverage gains and key patient protection provisions of the ACA,” according to a press release.

These societies argued that the District Court decision would no longer allow children to remain on their parents’ insurance plans until they turn 26 years of age, would allow insurance companies to generate higher profits at the expense of coverage and payments for services, would eliminate need-based subsidies as well as federal funding for Medicaid expansion and Medicaid eligibility expansion and would reinstitute annual and life-time dollar limits.

These latter societies simultaneously voiced support for a bill introduced in Congress by three Democrats in late March — the Protecting Pre-Existing Conditions and Making Health Care More Affordable Act of 2019 — that they said would strengthen the ACA.

“This bill would take concrete steps to reduce costs for consumers; ensure quality coverage; support enrollment and outreach, including expansion of the Health Care Navigator program; and eliminate short-term, limited-duration plans, which discriminate against individuals with pre-existing conditions,” they said in a press release.

A vote on the bill had not occurred prior to this story’s posting.

In addition, last week, the House passed a resolution sponsored by Rep. Colin Allred, D-Texas that condemns the administration’s recent actions, with Allred saying in a press release the recent actions are an “attack” on the American health care system.

Meanwhile, a different attempt by the Trump administration to chip away at the ACA was recently stalled. 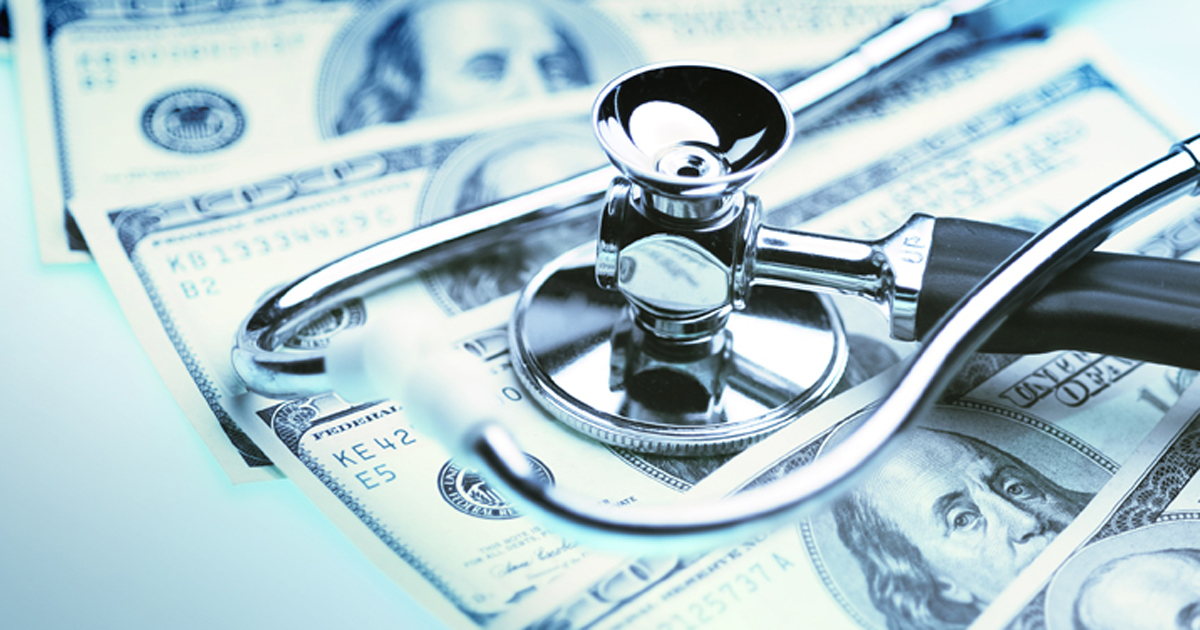 Recent actions by the Trump administration have prompted many medical societies to renew their concerns about the potential fallout from a complete repeal of the Affordable Care Act without replacement legislation in place.

CNN reported that in late March, a district court judge blocked the Labor Department’s Small Business Health Plan from taking effect. This initiative would have allowed small businesses to band together and buy health insurance based on geography or industry, and also called for sole proprietors and their families to have access to health insurance and not be denied coverage or charged higher premiums due to what it called health factors.,

However, the plan concerned then-AAFP president Michael Munger, MD, who said in a statement when the plan was introduced, it would “allow insurers to sell narrow, low-cost health plans that do not provide meaningful coverage.”

Philip A. Verhoef, PhD, MD, assistant professor of medicine and pediatrics, University of Chicago, expressed relief the initiative was at least temporarily stopped.

“I agree with the court’s decision. Association health plans are bad for patients, and bad for the health care system more broadly,” he said in an interview, adding that specific concerns are twofold.

“While there is concern that younger, healthier patients will leave their current insurer and favor these association plans, thereby destabilizing the market, my concern is: what do these programs even cover?” Verhoef said.

CNN reported that the Justice Department was mulling “all available options” on how to proceed with the proposal.

Verhoef explained the fallout if the Trump administration ultimately wins the right to create such plans.

“If people think health care-associated bankruptcies are problems now, if these types of plans make it out there, that problem will only increase,” he told Healio Primary Care Today.

“It is important to note that Trump won the 2016 presidential election, in part, based on his promise that he would not cut social programs,” Memo Diriker, DBA, MBA, founding director of the Business, Economic, and Community Outreach Network at the Franklin P. Perdue School of Business at Salisbury University, told Healio Primary Care Today. “Regarding health care, Trump once said on television that “everybody’s got to be covered” but at a more recent rally he said “We’re going to get rid of Obamacare.”

Through a series of tweets earlier this month, Trump said a plan with “truly great HealthCare that will work for America,” that “will always support Pre-Existing Conditions .... [that] will be far less expensive & much more usable than ObamaCare” was under development.

The president did not provide specifics in those tweets, but past proposals from a 2017 address to a joint session of Congress included the ability to purchase health insurance across state lines; legal reforms that protect doctors and limit unnecessary procedures that cause health insurance and prescription drug costs to rise; block grants for state governments to determine Medicaid needs; expanded health savings accounts and tax credits to assist citizens in purchasing coverage; and stable transitions for those in health care exchanges and that those with pre-existing conditions have access to coverage.

Cassidy was one of the architects of a failed 2017 bill that included a repeal of ACA funding for cost-sharing reductions for those who are low-income and purchasing coverage on the individual market on the marketplaces, a repeal of the tax credits that are given out to low-income individuals to help them pay for their premiums for marketplace plans, and cheaper, stripped-down plans and new opioid treatment funding.

Several newspapers in Scott’s home state, criticized Trump’s decision to pick Scott. The detractors pointed to a company he founded, Columbia/HCA, being fined $1.7 billion by Justice Department for defrauding government health care programs, including Medicare. Scott was never charged with any wrongdoing.

Trump later stepped back and deferred on a new health care plan, saying in a tweet that any vote on the plan will have to wait until after the 2020 presidential election, when the “Republicans hold the Senate & win back the House.”

The tweets suggest Trump gave in to the pressures of his own political party, according to Diriker. “Congressional Republicans fully understand that the majority of the voters like various components of the ACA and do not want it replaced with something ‘less’ than what is already in place. They also know that any current effort to promote a repeal would be a 2020 election gift to the Democrats,” he said in an interview.

Verhoef said it remains unclear if these latest developments surrounding ACA would help or hurt Republicans seeking re-election in 2020.

“There's a tremendous amount of confusing rhetoric surrounding health care in the media, as well as a continuous stream of lies and half-truths surrounding these efforts. Unless the public takes the time to understand these issues, they may believe the president's hollow phrases declaring that his plan would be ‘phenomenal’ and ‘far less expensive’ than Obamacare." – by Janel Miller