The number of patients with Parkinson’s disease worldwide was 2.5 million in 1990 and jumped more than 100% in the 25 years since to an estimated 6.1 million in 2016, according to findings published in Lancet Neurology.

“By 2040, we can truly talk about a pandemic [of Parkinson's disease] that will result in increased human suffering, as well as rocketing societal and medical costs,” Patrik Brundin, MD, PhD, of the Van Andel Research Institute in Grand Rapids, Michigan, said in a press release.

The toll the disease would take would not just be felt by patients, Ray Dorsey, MD, of the department of neurology and Center for Health and Technology, University of Rochester Medical Center, Rochester, N.Y., added.

"The strain of caregiving has adverse health consequences of its own. The economic costs of [Parkinson’s disease] are also substantial, poised to grow,” Dorsey said.

While neurologists will be responsible for much of the diagnosis and initial management of the condition, much of the health care burden of long-term care and understanding how the condition affects a patient’s overall health will fall to primary care, and data suggest more education is needed.

Healio Primary Care Today interviewed Kelly Mills, MD, MHS, director of the Neuromodulation and Advanced Therapies Clinic at Johns Hopkins University, and consulted other sources regarding the risk factors and symptoms of Parkinson’s disease, the best way to inform patients of their diagnosis, and the care of patients with this disease. 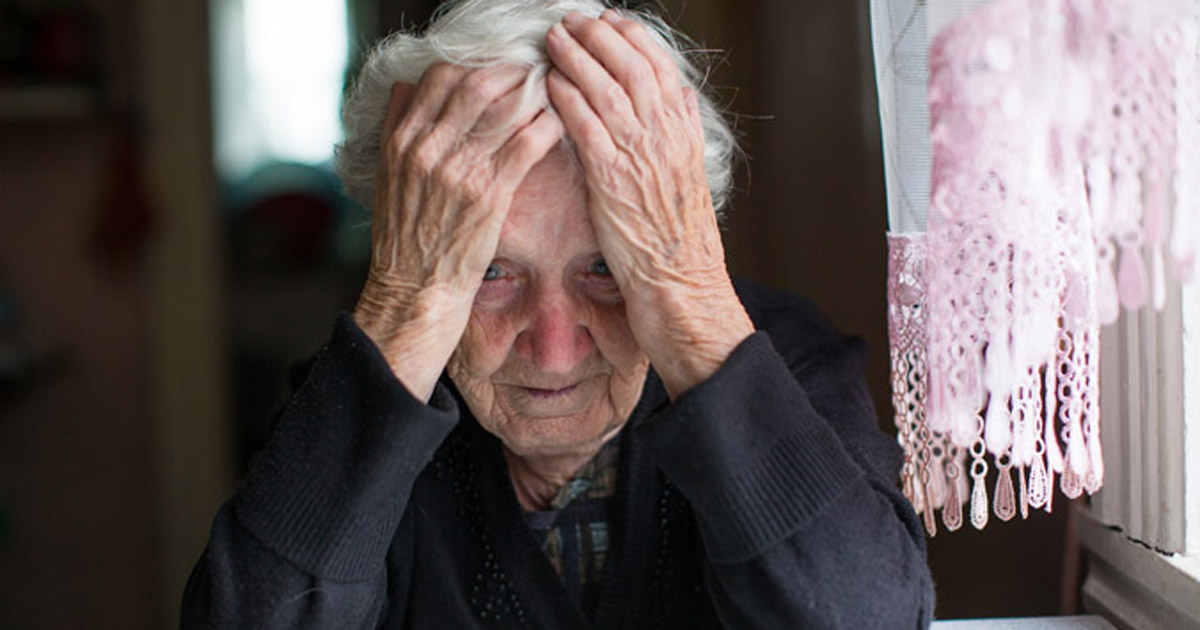 Some data suggest the number of patients with Parkinson's disease could top 12 million by 2040, and one model predicts as many as 17 million by 2040.

What to watch for

As a primarily genetics-driven neurological condition, a detailed family history and thorough physical exam, may help in confirming a diagnosis.

“About 10% of Parkinson’s diseases cases are purely genetic,” Mills explained. “The other 90% is patients with multiple, “low risk” genetic variants, possibly in combination with exposure to environmental triggers such as specific pesticides, herbicides or possibly heavy metals.”

Analysis of claims data indicates that the disease more commonly affects men and is generally diagnosed around 70.5 years of age. Although tremors is the most well-known presentation of Parkinson’s disease, recognizing other symptoms will help ensure earlier diagnosis, which affords patients better outcomes.

“Though a commonly thought of symptom of Parkinson’s disease is tremors, there are other motor and non-motor symptoms associated with the condition,” Dorsey added in an interview.

“[General practitioners] should be alert when patients present with multiple prodromal symptoms [in a 2-year period, especially considering the benefits of early intervention, and the future possibilities for disease-modifying therapy,” Annette O.A. Plouvier, MD, of the department of primary and community care at Raboud University Medical Center in the Netherlands, and lead-author of the analysis, wrote.

Mills cautioned that even in the rare instance where a patient has multiple symptoms, the patient may not have Parkinson’s disease. “Not all patients will have all of the symptoms, but all must be watched for,” he said.

Adding to the diagnostic challenge are the number of conditions that share symptoms with Parkinson’s disease.

“Early [stages of Parkinson’s] disease can be easily misdiagnosed because of the relative vagueness of symptoms and mistaking early signs for normal aging processes,” Kevin E. Johnson, MD, of the Gwinnett Medical Center in Lawrenceville, Georgia wrote in Primary Care Clinical Office Practice.

“There are many other diseases related to Parkinson’s disease that can mimic it,” Mills agreed.

“Making the correct diagnosis is so crucial,” Mills said. “It sets the stage for what we can do in terms of treatment and what the patient and the family can expect. We should of course always strive to make the first diagnosis, the correct diagnosis, but this perhaps is a bit more important in cases of Parkinson’s disease. If there is any question in a PCP’s mind, any question at all, he or she should consult a neurologist.”

In addition to the clinical importance of an accurate diagnosis, the impact on the patient emphasizes the value of neurological consultation.

Mllls cited a 2011 study that appeared in Neurology that found patients with Parkinson disease treated by a neurologist had a lower incidence of nursing home placement, hip fracture, and death than those without neurology care. He also noted the complexity of having so many symptomatic therapy options.

Johnson wrote that “the significant psychological stress of the diagnosis of a chronic progressive neurologic disease with such profound impacts makes judgment in favor of early referral warranted, especially in cases where the diagnosis is unclear.”

There are currently no disease-modifying therapies that can slow down or halt the disease, Mills said.

Thus, caring for patients with Parkinson’s disease is primarily a matter of managing the physical manifestations — tremors, constipation, fatigue, dizziness, urinary and erectile dysfunction, and balance impairments — as well as non-motor symptoms — depression, anxiety, cognitive impairment, autonomic dysfunction, and hallucinations — that often develop after a patient has been told that he or she has Parkinson’s disease, he said.

“A PCP must realize a patient with Parkinson’s disease may develop any or all of these symptoms even if they never had them before,” Mills said.

An additional complication of Parkinson’s — neurogenetic orthostatic hypertension — can happen even if the patient has previously had their hypertension treated.

“PCPs must be prepared to adjust their patient’s high BP medication if the patient is diagnosed with Parkinson’s disease,” Mills said.

Johnson wrote that diagnosing depression in patients poses a challenge.

“Because of the significant symptom overlap, diagnosis can be more difficult. Reduced facial expression can limit sensitivity of observation for flattened affect; progression of motor symptoms can be confused for loss of energy, tremor for psychomotor agitation, or medication effects for motor slowing. A high index of suspicion and a screening tool are recommended due to prevalence and high morbidity and mortality associated with untreated depression,” he wrote.

A study evaluating 24 screening tools for depression in adult outpatients with Parkinson’s disease identified the 15-item Geriatric Depression Scale, Beck Depression Inventory, Montgomery-Åsberg Depression Rating Scale and The Unified Parkinson’s Disease Rating Scale as the most accurate, with the lowest sensitivity among these four tests being 0.72 and the lowest specificity being 0.8.

Mills noted that though pharmaceuticals such as antipsychotics, antidepressants and antiemetics are often used to treat the physical and mental ramifications of the disease, nonpharmaceutical therapies have also shown some benefit.

“Patients may also want to consider cardiovascular exercise. Studies have shown even a moderate intensity level of activity can improve movement, modify disease effects and slow progression of the disease down in as little as 6 months,” he said. 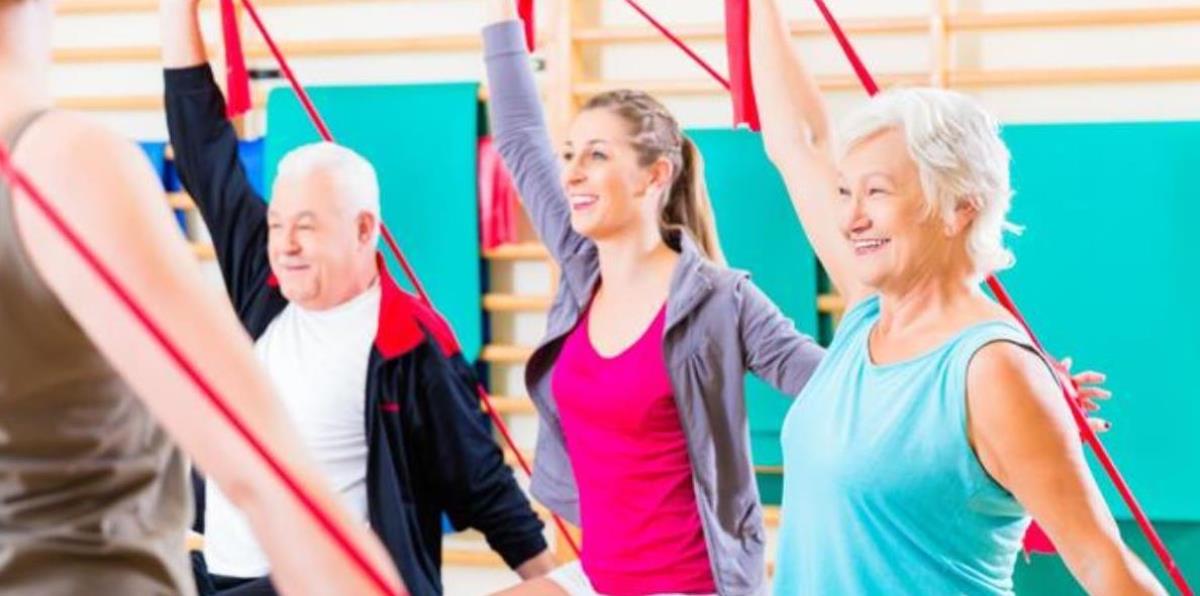 Studies have shown even a moderate intensity level of activity can improve movement, modify disease effects and slow progression of [Parkinson's] disease down in as little as 6 months,” he said.

“Today’s clinician must develop skill in providing evidence-based answers to patients in a supportive fashion and understand that a significant number of patients will seek out complementary or alternative medicine therapies for their Parkinson’s disease symptoms,” he wrote, adding patients’ medications should be checked regularly.

“Periodic reassessment [is] critical to assure appropriate therapy and avoid mistreatment and delay in addressing other conditions with overlapping symptoms.”

Referring the patient for specialist care

Mills and other experts in Parkinson’s disease said many patients with the condition will need care from at least one specialist at some point during the course of their illness and that PCPs need to be frank with themselves on when this must occur.

“If a PCP is ever unsure of how to treat the patient, then it is time to bring in specialist care, either through an actual office visit or through telehealth,” he said. “There are so many symptoms, and so many treatments for those symptoms now, it is better for the patient to refer earlier in the course than later.”

These specialists can potentially include speech and language therapists, physiotherapists, occupational therapists and they must work together, not separately, Mubasher A. Qamar MSc, of the National Parkinson Foundation International Centre of Excellence in London and colleagues wrote in the International Review of Neurobiology.

“Collaboration and communication between disciplines is fundamental and the success of a [multi-disciplinary team] is predicated on an investment in coordination and resource allocation, both of which require a time commitment and financial support,” they wrote.

Kelly acknowledged many parts of the country, especially rural areas, do not have these types of medical professionals, but said such barriers are not an excuse from keeping the patient from seeing one or more of these specialists.

A study in Neurology found that providing neurologic care through video conferencing directly into the homes of patients with Parkinson’s disease was “feasible and was neither more nor less efficacious than usual in-person care” and that “virtual house calls generated great interest and provided substantial convenience.”

According to Mills, these results suggest telehealth is a viable alternative for patients with Parkinson’s disease in those areas without specialists. – by Janel Miller

Additional resources on Parkinson’s disease can be found on the websites of the Parkinson’s Foundation, Michael J. Fox Foundation and larger health care systems, such as Johns Hopkins University and Mayo Clinic.

Disclosures: Mills reports participating in research studies supported by Abbott and Global Kinetics Corporation and receiving funding from the NIH and Parkinson’s Foundation. Please see the respective studies for all other relevant financial disclosures.