The FDA recently approved Zulresso, an IV injection that is a positive allosteric modulator of gamma-aminobutyric-acid type A receptors, for treatment of postpartum depression in women aged 18 to 45 years, according to a press release from its manufacturer.

Zulresso (brexanolone, Sage Therapeutics) is the first drug exclusively approved for postpartum depression, which affects one in nine women who have given birth, the release added.

“[This] approval represents a game-changing approach to treating [postpartum depression],” Samantha Meltzer Brody, MD, MPH, director of the perinatal psychiatry program at the University of North Carolina Center for Women’s Mood Disorders, said in the release.

“The potential to rapidly reduce symptoms in this critical disorder is an exciting milestone in women’s mental health. [Postpartum depression] is recognized to have a significant and long-term impact on women and their families, but with Zulresso we may finally have the opportunity to change that,” she added.

Joshua A. Gordon, MD, PhD, director of the National Institute of Mental Health put the approval in some context in a blog on the institute's website.

"Treatment development in psychiatry still has a long way to go. The road from basic science discoveries to novel therapies is long and winding. But here we have evidence that it sometimes leads to success," he wrote. "And for many women, this [approval] is good news. Very good news indeed."

Brexanolone's eapproval was based on three multicenter, randomized, double-blind, parallel-group trials that assessed the safety and effectiveness of brexanolone in women with moderate and severe postpartum depression vs. placebo. Brexanolone reduced some symptoms within 24 hours, had a significant mean reduction vs. baseline score in the women’s Hamilton Rating Scale for Depression and maintained its effect through 30 days of follow-up, according to the press release. The most common adverse events in these studies were flushing, dry mouth and sleepiness, according to Sage Therapeutics.

During an FDA committee meeting in November 2018, FDA clinicians had expressed concerns regarding safety to both mother and child depending on where the drug would be administered. At the time of the hearing, there were no data to indicate what would happen if infusions were not stopped. The FDA provided details that addressed these safety concerns in its own press release that discussed brexanolone’s approval. 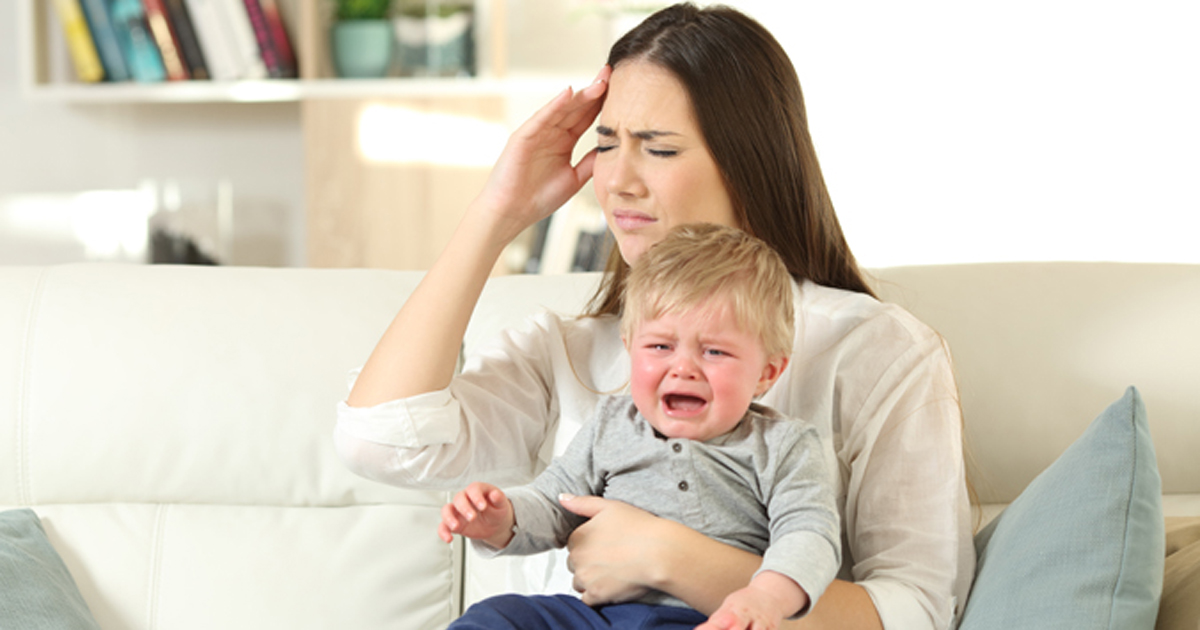 The FDA recently approved Zulresso, an IV injection for treatment of postpartum depression in women aged 18 to 45 years, according to a press release. The condition impacts the lives of the one in nine women who have given birth that is impacted by postpartum depression.
Source:Adobe

Zulresso will be available only through a restricted program called the Zulresso [Risk Evaluation and Mitigation Strategy (REMS)] Program that requires the drug be administered by a health care provider in a certified health care facility. The REMS requires that patients be enrolled in the program prior to administration of the drug. Zulresso is administered as a continuous IV infusion over a total of 60 hours (2.5 days),” the FDA release stated.

“Because of the risk of serious harm due to the sudden loss of consciousness, patients must be monitored for excessive sedation and sudden loss of consciousness and have continuous pulse oximetry monitoring (monitors oxygen levels in the blood). While receiving the infusion, patients must be accompanied during interactions with their child(ren),” the FDA release continued, adding that a Boxed Warning will be included with brexanolone to justify the reasons for this distribution policy.

“Patients will be counseled on the risks of Zulresso treatment and instructed that they must be monitored for these effects at a health care facility for the entire 60 hours of infusion. Patients should not drive, operate machinery, or do other dangerous activities until feelings of sleepiness from the treatment have completely gone away,” according to the FDA.

Brexanolone should be available in mid-June, according to Sage Therapeutics’ press release. The company also stated that the initial list price for brexanolone in the United States will be $7,450 per vial, resulting in a projected average one-time course of therapy cost of $34,000 per patient before discounts.

Sage Therapeutics added it considered factors such as the high unmet need of the patient population, the impact of postpartum depression on patients and society, and the clinical value of a one-time treatment with the opportunity for a rapid, acute intervention for the treatment of postpartum depression, a condition where no therapy previously existed when setting the drug's price. – by Janel Miller

Editor's Note: This story has been updated to include comments from Gordon and to provide information about the price for brexanolone.

About 15% to 20% of women experience postpartum depression and perhaps one-third have moderate/severe illness. Current treatments include psychotherapies, which are highly effective but not always accessible, and medicines such as antidepressants. Antidepressants are safe with breastfeeding and show about 60% effectiveness on first trial with better percentages on subsequent medication trials; but the drawback is that they take about 4 weeks to kick in and work.

An advantage of Zulresso (brexanolone, Sage Therapeutics) is its quick treatment onset within 60 hours. However, we do not know if the treatment is sustained beyond 4 weeks and do not know the impact on breastmilk so mothers cannot breastfeed if they take the medication.

There are potential barriers to obtaining brexanolone. The first is time needed for administration — it requires a 60-hour, nonstop infusion. Another is the hospital time with specialized nursing and safety precautions. Still another barrier is the cost (more than $30,000). I do not know if the substance production plus mark up for company is fair or not. The bottom line is at this point, this medicine will not be accessible for many, if not most, women.

That said, I do know that women with many psychosocial stressors including poverty, low social support, multiple young children, and food/housing instability are often those who have severe postpartum depression. With insurance coverage not yet established, brexanolone will be self-pay and exclude many of the women who need this treatment most. We need a long-term solution that involves pharma, policy, legislature, insurance companies and Medicaid. Medication implementation programs are needed, including patient support and tight guidelines regulating which patients can use brexanolone.

Between this week’s approval of brexanolone for postpartum depression, and the approval earlier this month of esketamine nasal spray, combined with an oral antidepressant, for the treatment of adults with treatment-resistant depression, this has been an exciting time for patients with mental health conditions. Many patients will benefit from both of these approvals.

I know that some have expressed concern about brexanolone’s approximately $35,000 price tag. Obviously, I would prefer the drug to be cheaper, and I do think in time it will become more affordable, but in the company’s defense, Sage Therapeutics is a small company and needs to recoup substantial costs. The amount is also not as expensive as some cancer drugs.

In addition, the cost of brexanolone should be weighed against what it would cost to undergo treatment in the hospital for several days for severe depression. These costs would be nearly identical if not more. One should also consider how postpartum depression impacts the whole family, not just the mother. Anything that can prevent the devastating severe consequences of postpartum depression such as psychosis, delusions or infanticide should be considered priceless.

The cost is high; it’s not going to be available to my safety net population, which is a significant population with postpartum depression. And that cost only covers the medication, it doesn’t include hospitalization or doctors and nurses, or anything like that. Even though it’s truly extraordinary that this is the first medication that’s been indicated for postpartum depression I think the cost is going to be very limiting, even though it’s a really severe disorder that affects not only the mom or baby, but also the entire family.

The drug does usher in a rapid effect; our chief oral antidepressants take 4 to 6 weeks to take effect, so with brexanolone, even if you get a partial response within a day or two, that’s a big deal when you’re a new mother and you have a baby and maybe you have a limited amount of time that you’re going to be able to be out of work.

The other thing that’s unfortunate is that they had a couple of syncopal episodes, so it seems more monitoring is required than might be necessary with some other infusion-type drugs that we’ve seen experimentally because you don’t want people fainting and falling down the stairs. I don’t know if that will evolve into a more concerning story compared to some of our oral drugs which take a long time to become effective but are easy to tolerate. We’ll have to see how it plays out when we get it in the larger population.

Postpartum depression is a significant problem women face after delivering a child. In addition to helping and supporting women during their confinement and helping to decrease stresses, a medication that acts quickly and effectively may be a good addition to our armamentarium of things to try to assist our patients cope with this challenging time in their lives.

Brexanolone is a breakthrough product as it is the first drug designated to treat post-partum depression, and it is introducing what may become a new class of antidepressant medication working as a modulator of a unique neurohormone and providing a one-time treatment for this illness. Studies are currently underway to look at this mechanism of action in an oral formulation and for other types of depression. With this approval, and with the recent approval of esketamine, it is an exciting time for the management of difficult-to-treat mood disorders.