Cannabis seemed safe, effective and well-tolerated in treating young patients with autism, according to findings recently published in Scientific Reports.

“No specific treatments [for autism] are currently available, and interventions are focusing on lessening of the disruptive behaviors, training and teaching self-help skills for a greater independence,” Lihi Bar-Lev Schleider, MA, of the Clinical Cannabis Research Institute and the Ben-Gurion University of the Negev, Be’er-Sheva, Israel, and colleagues wrote.

Researchers analyzed data from 93 patients (mean age, 12.9 years), most of whom received three daily doses of an oil that consisted of 30% cannabidiol and 1.5% tetrahydrocannabinol.

Bar-Lev Schleider and colleagues found that after 6 months, 30.1% of patients reported significant improvement, 53.7% reported moderate improvement, 6.4% reported slight improvement and 8.6% had no change in their condition. Also, 23 patients experienced at least one adverse event, and the most common being restlessness.

Despite the “encouraging” findings, it is too early to change clinical practice based on them, Gal Meiri, MD, study co-author and clinical director of Autism Research Israel told Healio Primary Care Today. 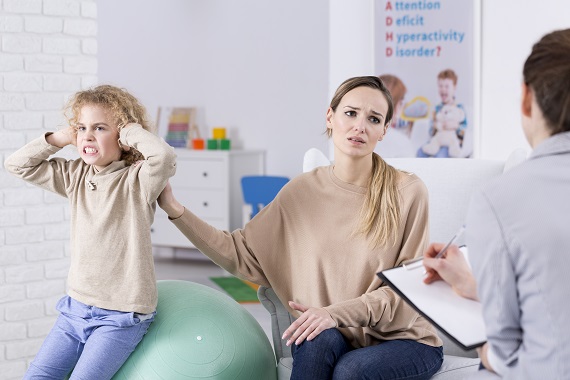 “These results give us hope and justification for future in-depth studies, which will hopefully prove safety and efficacy,” she said in the interview. – by Janel Miller

My reaction to the findings by Bar-Lev Schleider is grounded more in whether I think that the science reported and the study is sound and unbiased scientifically. I would say that this topic is an area worthy of rigorous scientific study, because of the many anecdotes about the effectiveness of cannabidiol in treating a wide variety of conditions, such as autism spectrum disorder, and the dearth of good science on its effectiveness.

This study, however, needs to be viewed with caution. One of my concerns is that the authors report that more than 80% (78 out of the final 93 responding to the surveys at 6 months) of parents reported significant or moderate improvement in the child global assessment. These numbers do not include the high percentage of subjects who did not respond to either the 1-month or the 6-month follow-up survey, so it is not clear whether these nonrespondent parents did not respond to the survey because their child showed no effect or experienced side effects that caused them to stop the treatment and then not respond to further questionnaires.

In addition, if one looks at the final number of parents (n = 84) who reported slight, moderate or significant improvement at 6 months, then out of the original 179 who were included in the original group at intake, that gives a final number reporting any positive response to be 47% — a much smaller, but more accurate response rate than the 80% or higher reported by the authors. The same could be said about side effects and it is really not clear, given the final response rate, how many parents did not respond because of side effects. Because of this, I think that the results need to be viewed with caution — a 47% response rate is still significant especially in this highly complex population of children, and the side effects seemed relatively minor, but quoting a greater than 80% response rate is misleading.

The other fact that needs to be considered is that two of the investigators in this study reported that they are paid employees of the Tikun-Olam Ltd. Company, which is the largest government-approved supplier of medical marijuana in Israel. This is a significant bias given that any studies supporting the effectiveness of cannabidiol compounds would be expected to support the cannabidiol industry, such as the Tikun-Olan company. So, in this sense, I am not surprised about the positive findings that were reported. Finally, this study was prospective which provides some strength to the findings, but it was not randomized or double-blinded which also raises the possibility of bias through both parental or investigator reporting.

There is very little rigorous research about the effectiveness of cannabis products with any child-related medical problems, except for the research that has been done with seizure disorders such as Dravet and Lennox-Gastaut syndromes. The reports on effectiveness of cannabidiol-based products on the behavioral issues seen in children with ASD are anecdotal and argue for rigorous studies that determine not just whether these cannabidiol products are effective, but what doses are needed to provide effectiveness and avoid side effects. Of note in the study reported by Bar-Lev Schleider, et al is that the doses of cannabidiol product used for the children in the study varied very widely, so these results still do not provide guidance to providers as to how much may be needed to achieve adequate behavioral response and avoid side effects. The authors of the study being reviewed here cite a study by Aran et al, but Aran’s study was a retrospective study, not randomized or blinded, that also found improvement in a significant number of patients (61%). The limitations of the Aran study should be noted. In this sense, the current study by Bar-Lev Schleider et al ties into the little that has been reported and argues for much-needed rigorous research to determine efficacy, dosing and safety.

Undoubtedly, parents who have children with ASD and medical and behavioral complications may be asking their pediatricians for advice about the use of these cannabis substances when standard medications are not effective. The AAP has taken the stance that in circumstances for “children with life-limiting or severely debilitating conditions and for whom current therapies are inadequate,” cannabis products may be an option. The AAP also has advocated for these products to be regulated under the auspices of the FDA so that standardization of dosing and purity can be assured. In the absence of this, the pediatrician may be at a loss to know what to recommend to parents in terms of dosing, and whether the formulation chosen by the parent is free of other adulterants or toxins. Counseling the family about these limitations should be included in any discussions with families.

The findings by Bar-Lev Schleider et al should not necessarily change the conversation primary care physicians have with their patients on this topic. In terms of the effectiveness of cannabidiol-containing products for treatment of specific types of seizures, we do have scientific evidence and the availability of an FDA-regulated product, Epidiolex, for use, but beyond that, the science about the effectiveness for any other medical or behavioral condition in children, including ASD and the behavioral manifestations of this, is still early and in much need of rigorous research. The physician can include in their discussions the recent studies by both Aran and Bar-Lev Schleider, but should include the caveats and concerns that I have outlined in any discussions with parents, so that the parents can make a truly informed decision weighing the potential benefits and risks of treatment.