Children that are bullied, sexually abused, more likely to smoke, drink as adults

Children who were bullied and sexually abused were more likely to smoke and excessively drink alcohol as adults, according to findings recently published in BMC Public Health.

Only a few studies have explored this phenomenon in Australia, according to David Alejandro González-Chica, PhD, a senior lecturer and research supervisor within the discipline of general practice at the University of Adelaide in Australia, and colleagues. These previous studies did not use population-based samples, had low percentages of males or older adults, and did not ascertain the age abuse started, its duration or its severity, they added.

They found that smoking dependence occurred in 7.8% of participants and was twice as frequent if the bullying took place for more than 24 months, if the sexual abuse took place before age 10 years, or after age 20 years, or if the abuse occurred for 1 month or longer. 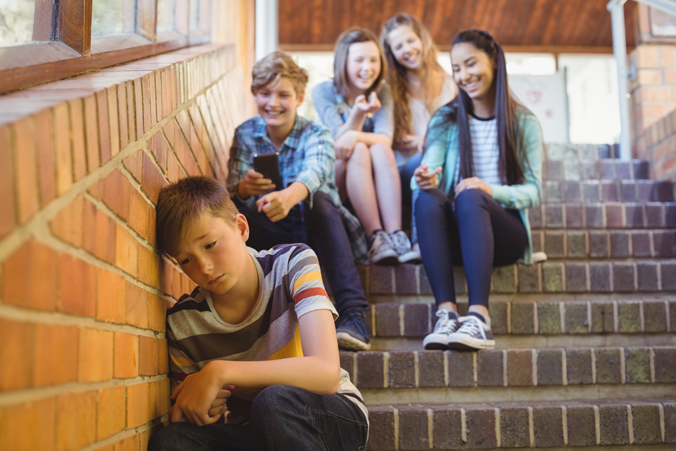 Children who were bullied and sexually abused were more likely to smoke and excessively drink alcohol as adults, according to findings recently published in BMC Public Health.

“Strategies that aim to prevent these forms of abuse are important. Identifying survivors of both forms of abuse is important to provide support and reduce more severe mental and physical consequences in the future,” González-Chica and colleagues wrote.

A review of González-Chica and colleagues’ study of the association between bullying, sexual abuse and their association with the development of harmful behaviors demonstrated a number of interesting findings. Almost half of their 2,873 study participants were bullied; approximately 15% of those experiencing bullying or sexual abuse were victimized for more than2 years; and almost one-quarter suffered from both types of abuse. One-third of those bullied and nearly one-quarter of those sexually abused were victimized starting in adulthood. Both bullying and sexual abuse, regardless of age of onset, were associated with poor mental and physical health, including smoking, binge eating, and antidepressant use.

Similar results have been documented in other studies, including ones conducted in the United States. Victims of violence, including bullying and sexual abuse, can exhibit depression, substance abuse, school phobia, somatic complaints and even aggressive behaviors. The effects of polyvictimization, the experience of multiple forms of childhood trauma, including victimization, have been well documented, especially in the Adverse Childhood Experiences Study conducted by Kaiser Permanente and CDC. This 1998 study of more than 17,000 subjects showed that adverse childhood events can contribute to negative adult mental and physical health outcomes.

González-Chica and colleagues show that polyvictimization by bullying and sexual abuse may have affected one in four of their population and recommended that adults be screened for reduced quality of life addictive behaviors, and antidepressant use to identify victims of abuse.

The Substance Abuse and Mental Health Services Administration recommends the four Rs of a trauma-informed approach that realizes the impact of trauma and the potential paths to recovery, recognizes the signs of symptoms of trauma, responds by fully integrating knowledge about trauma, and actively works to avoid re-traumatization. Mollard and Hudson developed a model of trauma-informed care that moves the four Rs to the Four Es. While they created this model for women in correctional facilities and used adverse childhood events, it can easily be adapted to primary care, using both adverse childhood events and the knowledge that adults are also traumatized; educate providers and staff on the principles of trauma and trauma informed care; empathize with how trauma has affected clients and recognize potential barriers to care; explain to clients how their trauma has affected their life and health, and carefully avoid the re-traumatization that can occur from certain procedures such as pelvic exams; and empower clients to actively participate in their health care, using a strength-based approach.

Victimization, including bullying and sexual assault, can occur at any point during one’s lifetime, and the trauma associated with these events can seriously impact health. The occurrence and impact of trauma should be as critical a component in primary health care as a client’s cardiac status.