Trump’s drug-pricing proposal a step forward, but may not have significant impact

The Trump Administration proposed a new rule last week to lower prices of prescription drugs and out-of-pocket costs by encouraging manufacturers to offer direct discounts to patients, according to a press release issued by HHS.

“Every day, Americans — particularly our seniors — pay more than they need to for their prescription drugs because of a hidden system of kickbacks to middlemen,” Alex Azar, HHS Secretary, said in the release. “President Trump is proposing to end this era of backdoor deals in the drug industry, bring real transparency to drug markets, and deliver savings directly to patients when they walk into the pharmacy.”

“This proposal has the potential to be the most significant change in how Americans’ drugs are priced at the pharmacy counter, ever, and finally ease the burden of the sticker shock that millions of Americans experience every month for the drugs they need,” he added.

While the new proposal is a step in the right direction, it may not significantly benefit patients, Robert A. Freeman, PhD, professor in the department of pharmacy practice and administration at the School of Pharmacy and Health Professions at the University of Maryland Eastern Shore, told Healio Primary Care Today. 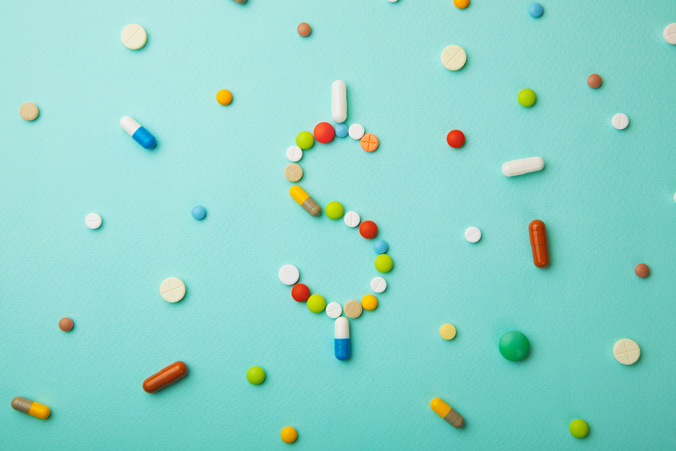 The proposal would update the safe harbor protection under the Anti-Kickback Statute to exclude rebates or reductions in price on prescription drugs offered by manufacturers to pharmacy benefit managers, Part D plans and Medicare managed care plans, according to HHS. A new safe harbor for discounts on prescription drugs offered to patients and fixed fee service arrangements between drug manufacturers and pharmacy benefit managers directly would be created under the proposed regulation, according to HHS.

Transparency of drug prices would be increased to a “historic new level,” according to HHS.

On average, the difference between the list and net price of a drug after a rebate is 26% to 30%, according to HHS. However, these payments are not typically reflected in patient out-of-pocket costs, according to HHS. In the proposed rule, such rebates may be provided directly to patients in the form of what they would pay at the pharmacy, according to HHS.

The proposal is expected to offer seniors with high drug costs the most benefit by supporting negotiated discounts seen in cost-sharing methods, such as co-insurance, according to HHS.

The proposed regulation also aims to address what drug manufacturers report as their biggest incentive to increase their list prices every year which is the pressure to offer large rebates, according to HHS.

State of the Union address

In his Feb. 5, State of the Union address, President Donald J. Trump repeated his goal to lower “unfair” drug prices.

“It is unacceptable that Americans pay vastly more than people in other countries for the exact same drugs, often made in the exact same place,” Trump said. “This is wrong, unfair and together we will stop it. I am asking Congress to pass legislation that finally takes on the problem of global freeloading and delivers fairness and price transparency for American patients.”

He also called for drug companies, insurance companies and hospitals to be required to disclose real prices, arguing that it would foster competition and substantially reduce costs, according to the report by CNBC.

“The Administration’s proposal has merit in that it offers a straightforward solution that can have several positive outcomes for beneficiaries of public and private drug benefit programs, although the aggregate savings is probably not as impactful as one might expect,” Freeman said.

The Trump Administration provided an accurate assessment of the relationship between pharmacy benefit managers and pharma companies, he said, noting that “perverse” incentives are widespread.

“Pharmacy benefit managers impose draconian reimbursement limits on retail pharmacies, which limits their ability to offer any significant savings to the consumer,” he added.

A majority of prescriptions in the United States — roughly 85% — are for generic drugs, Freeman said.

There is intense price competition among generic manufacturers, he added.

“The trend toward placing generic drugs on non-preferred formulary tiers is perverse and counter to the goal of increasing unfettered access to lower-priced generic alternatives,” Freeman said.

Biosimilar specialty drugs take about 7 to 10 years to develop, so they do not offer significant savings, according to Freeman. Additionally, a large molecule biosimilar costs around $700 million to develop and is priced similarly to the original developer’s price, he said.

“Given the long lead times and high prices associated with developmental costs, the net impact on consumers will not be that significant,” Freeman said.

In the United States, drug prices are not restricted and manufacturers are allowed to determine prices, he said. The Administration’s plan does not put constraints on price increases or price levels, he added.

“The Administration’s plan is a positive step forward, but the overall impact will likely not be significant, but some patients will benefit through lower out-of-cost reductions especially in Medicare and Medicaid,” Freeman said. “The impact on privately-insured patients is less certain.” – by Alaina Tedesco