Dysmenorrhea: How to diagnose, manage in primary care

Painful period cramps, known as dysmenorrhea, is the most common menstrual disorder, affecting more than half of women of reproductive age, according to the American College of Obstetrics and Gynecology.

Dysmenorrhea can negatively impact women’s quality of life, yet is often undertreated and disregarded by clinicians and women themselves, according to a PainWeek podcast led by Sawsan As-Sanie, MD, associate professor of obstetrics and gynecology at the University of Michigan.

Treating dysmenorrhea promptly may be an important factor in preventing chronic pelvic pain, centralized pain and progression to other pain conditions, As-Sanie said in the podcast. 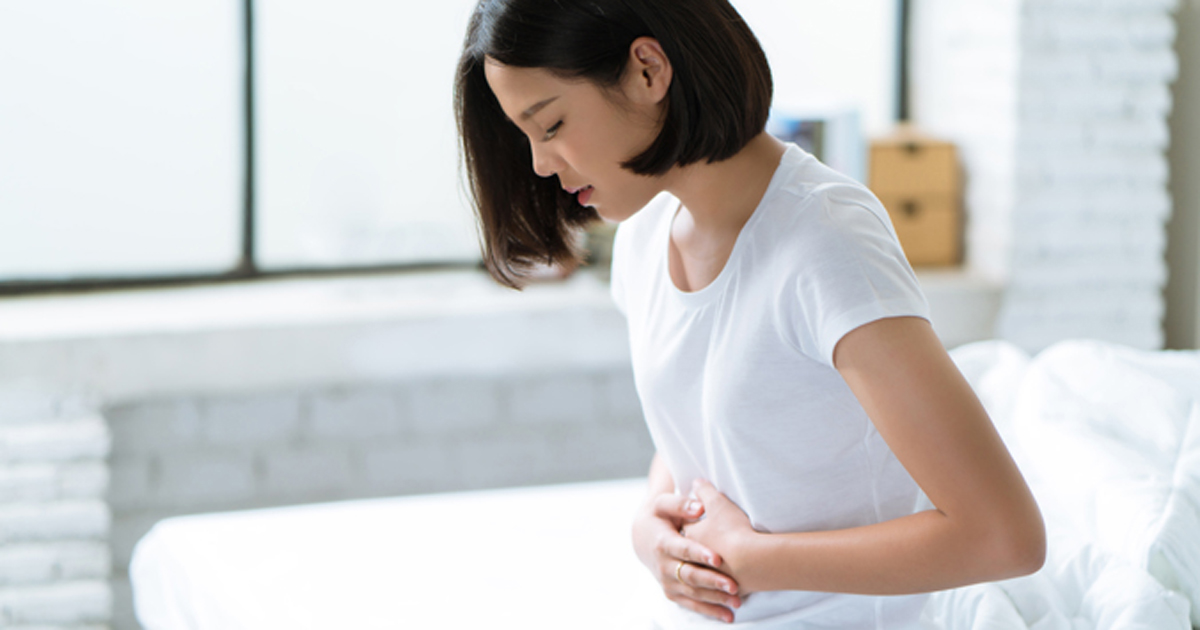 Painful period cramps, known as dysmenorrhea, is the most common menstrual disorder, affecting more than half of women of reproductive age.
Source: Adobe Stock

“Cramps usually begin just before the start of the period when prostaglandin levels in the uterine lining are high,” she said. “Pain typically decreases as the lining is shed, thereby decreasing the level of prostaglandins.”

Nausea, vomiting, headaches or migraines, diarrhea, pelvic pressure or fullness and low back pain are common symptoms associated with dysmenorrhea, according to Gravely.

“For some, dysmenorrhea is accompanied by nausea and vomiting. For others, it’s just the cramps and maybe some bloating,” she said.

Dysmenorrhea can occur in any reproductive-aged woman, Lerner said. Women with irregularly shaped uteruses, fibroids and a family history of endometriosis may have a greater risk, she said.

“Dysmenorrhea can be classified as primary and secondary,” Gravely said. “Primary dysmenorrhea usually occurs when a girl starts having a period. The periods become less painful and more manageable as she gets older.”

Primary dysmenorrhea does not have any identifiable medical conditions that contributes to it, Lerner said.

Secondary dysmenorrhea often occurs several years after the start of menses and is accompanied by progressively worse pain, according to Gravely.

Other sources and medical conditions, including endometriosis, adenomyosis, fibroids or polyps within the uterus, ovarian cysts, pelvic inflammatory disease and general anomalies of the uterus, are potential causes of secondary dysmenorrhea, Lerner said.

Nongynecological conditions, including Crohn’s disease and interstitial cystitis, may also contribute to dysmenorrhea, according to Gravely.

“Anyone who takes care of reproductive-aged women should really ask about their menses during annual exams or if they present with any pelvic or abdominal pain,” Lerner said.

A good history of the patient’s menses will provide the most valuable information, she said. Physicians should ask patients about their menstrual cycle and if they need to leave school or work or require medications because that will help clue clinicians in to whether the patient is experiencing dysmenorrhea, she said

For patients with positive symptoms of dysmenorrhea, physicians should recommend NSAIDs or a hormonal contraceptive, according to Lerner. NSAIDs work best when taken 1 to 2 days prior to the onset of menses and within the first couple of days of menstruation, she said. Hormonal contraceptives, such as oral birth control pills, an intrauterine device or patch also help alleviate dysmenorrhea and can be taken in addition to NSAIDs or alone, she said. Narcotics should be avoided as best as possible, she advised.

Additionally, more conservative therapies, including applying heat to the pelvis, exercise, vitamin D supplementation and acupuncture, may help reduce the pain, according to Lerner.

If symptoms do not resolve within 3 to 6 months with treatment or appear to be getting worse, a physical exam and/or pelvic ultrasound may be warranted, she said.

Physicians may also want to screen for STDs, such as chlamydia and gonorrhea, to rule out those infections, according to Lerner.

If there are no findings on the pelvic ultrasound, a visit to the gynecologist is required to determine if a laparoscopy is necessary to diagnose the pelvic pain, Lerner said.

“Endometriosis is notorious for not being able to be picked up on any type of ultrasound or even physical exam,” she said. “The only true way to diagnose it if it is suspected is to do laparoscopy ... At the same time, gynecologists can treat by removing some of the endometriosis implants to break down adhesions that could be causing the pain.”

It is important to recognize how significant the pain is and how it can impact everyday activities, according to Lerner.

Physicians should spend time with adolescent girls who may not be as vocal about discussing their menstrual period to help treat it more effectively, she said.

If these young women do have endometriosis, it is important to identify and refer them to a gynecologist because the long-term effects can affect their future fertility, she said. – by Alaina Tedesco