HHS data suggest that overdoses of opioid pain medications accounted for 42,249 deaths in 2016, the equivalent of 116 deaths per day. Opioid-related deaths continue to increase, and in 2017, HHS declared this burgeoning problem a public health emergency. In response, the HHS determined five priority strategies for combating the epidemic, one of which was the use of overdose-reversing drugs.

As part of this emergency strategy, the opioid overdose antidote commonly sold as Narcan, has become more widely available. The National Institutes of Drug Abuse states on its website that naloxone can be bought in many pharmacies, in many states, without a prescription. In addition, most states allow prescribing and dispensing of naloxone to family members and friends in addition to those who obtain prescription opioids for pain or with opioid use disorder. The drug, which acts as an opioid antagonist, has reversed thousands of opioid overdoses, also according to the National Institutes of Drug Abuse.

Although the justification this lifesaving measure might seem clear, the increased availability of naloxone has engendered ethical debate. According to some physicians and researchers, easy access to naloxone may be enabling opioid abuse and potentially worsening the crisis. However, many addiction specialists consider this to be a specious and judgmental argument, based on an incomplete understanding of addiction.

“We see this type of argument for a lot of public health problems. We see it with health education, with the HPV vaccine, and for any health issues that have a moral component,” Lisa Campo-Engelstein, PhD, associate professor in the Alden March Bioethics Institute in department of obstetrics & gynecology at Albany Medical College, told Healio Family Medicine. “The moral component here is that a lot of people think drug use is ‘bad’ and that people who use drugs are moral failures. Obviously, we want people to take responsibility for their actions, but we don’t deny people health care because they make ‘bad decisions.’” 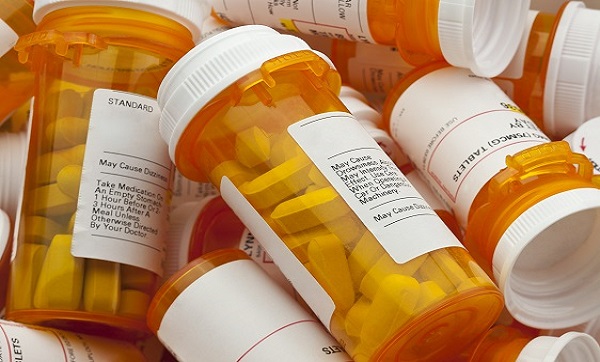 One of the most recent studies to address the ethical implications of increased naloxone availability was published by researchers at the University of Virginia and the University of Wisconsin in early March. This study suggested that naloxone may inadvertently promote opioid use in two ways: “1) Saving the lives of active drug users, who survive to continue abusing opioids, and 2) Reducing risk of death per use, thereby making risker opioid use more appealing.” The researchers added that naloxone access may also increase theft by increasing the number of opioid users who are not financially equipped to maintain their habits.

In the study, researchers utilized the gradual adoption of naloxone access laws in states across the United States to determine the effects of increased access. They reported finding increased opioid use and crime, with no net decrease in mortality. According to the study, these outcomes were more significant in urban areas and differed by region. The most harmful naloxone effects were found in the Midwest, where a 14% increase in opioid-related mortality was found.

However, reactions to this study and the premise on which it rests have been strong. According to Lawrence H. Greenblatt, MD, Professor of Medicine and Community and Family Medicine at Duke Health, the implications at the center of these findings seem cruel.

“They literally make the argument that by saving the lives of people who use injectable illicit drugs, you’re increasing the problem because there are more users,” Greenblatt told Healio Family Medicine. “That’s a pretty unethical argument. It’s suggesting that if these drug users just got out of the way by dying of an overdose, we’d have less of a problem. It’s really ugly. It’s certainly hard to get behind that.”

Greenblatt added that some of the data do not seem to be particularly strong or even applicable to the questions they seek to answer.

“For example, they report a 1.4% drop in Google searches for the term ‘drug rehab’ after naloxone became available in a community,” he said. “First of all, that’s a tiny reduction. Second of all, is tracking Google searches even a legitimate means of assessing peoples’ attitudes toward coming off opioids?”

“Let’s say they were going to use my state, North Carolina; we were early adopters of the naloxone standing order,” he said. “It turns out that very few prescriptions go out under these standing orders, but there was a lot of promotion of naloxone.”

Greenblatt discussed a hypothetical situation in which North Carolina was compared to Virginia.

“If Virginia was maybe 6 months or a year behind us, and then they’re looking at overdose rates in the state that has more naloxone, because it’s being promoted before the other state. The problem is that maybe there’s a reason why North Carolina was trying to push naloxone out there, that we were seeing an increase in drug trafficking, an increase in use, maybe an increase in prescribing of opioids. It isn’t necessarily conclusive that the naloxone made the opioid epidemic worse.”

For this reason, Greenblatt said randomized controlled trials would be needed to identify a causal relationship between naloxone and the opioid epidemic. He said studies like the aforementioned are prone to bias.

The nature of addiction

Addiction specialists also question the notion that the availability of naloxone would embolden addicts to take greater risks than they would normally take. In fact, many experts say that this concept does not align with the fundamental nature of addiction.

“Addiction is compulsive use despite the risk of harm,” David A. Thomas, PhD, of the National Institute of Drug Abuse told Healio Family Medicine. “People who have opioid use disorder, or have a problem with any drugs of abuse, tend not to have enough executive function to have self-control and make good decisions about drugs. It’s really not a highly logical process - risk is just part of taking drugs.”

Jody B. Glance, MD, medical director of addiction medicine services at the University of Pittsburgh Medical Center, said she has witnessed the risk-taking mindsets of addicts firsthand.

“When people are addicted, they’re going to use regardless of whether or not there is an antidote or a reversal agent, because their brains have really been hijacked and the addiction has taken over,” she said. “At that point, my patients will tell me, ‘In the moment, yes, I know I could die. I know I could die, but there’s nothing stopping me.’”

Glance said she believes the idea of naloxone as a green light to take excessive risks with opioids has been sensationalized in the media.

“But who wants to have naloxone used on them? It’s going to send the patient into withdrawal. It’s not comfortable. So I don’t think people who are addicted to opiates are thinking, ‘Now we can use as much as we want. We don’t have to worry.’”

The greatest good for the greatest number
Glance addressed the issue of the same patients presenting repeatedly to the ED for opioid overdose, a phenomenon that some clinicians believe is encouraged or facilitated by naloxone.

“There are certain people who might overdose more frequently than others, so maybe on an individual level, we’ll see a little bit of that,” she said. “But I think if we’re talking about the population as a whole, I would not really be willing to say that the use of naloxone is making things worse. We’re just trying to save a life.”

Campo-Engelstein said she was not fully aware of the data on repeat ED visits, but added that this doesn’t seem as though it should be a major factor in the approach to these patients.

“I don’t know if that’s a reason not to use naloxone,” she said. “What’s actually leading to more ED visits is the fact that people are using opioids. What naloxone is doing is saving them. So, yes, we’re treating more people rather than finding them dead.”

She acknowledged that in some areas of medicine, consideration of a patient’s lifestyle may be made when allocating limited resources.

“With a lot of these things, we do need to have some limits,” she said. “For example, if we’re going to transplant a kidney or a liver in someone, we want to make sure they’re not continuing to use alcohol, because then they’re going to ruin the new liver that we’re giving them.”

However, she said that with naloxone, there is not a similar need for careful prioritization of limited resources. She said she has seen similar morally-driven decisions being made about clean needle exchanges.

“Some people don’t want to give addicts clean needles,” she said. “But I think sometimes we have to take the more utilitarian perspective and maximize the greatest good for the greatest number.”

A “warm handoff”
Some clinicians maintain that rather than perpetuate risky behavior, naloxone can be used as an opportunity to disrupt this vicious cycle. When accompanied by resources and advice on rehabilitation, naloxone can be a valuable intervention point.

“When a patient goes to the ED, treatment should not just end with recovery from the overdose — there should be what we call a ‘warm handoff’ into the health care system, where they can get into treatment,” Thomas said. “There are treatments out there that work. After a near-death experience, a patient might be particularly open to a teaching moment that could potentially change that behavior.”

Greenblatt said that as naloxone becomes more available to address the opioid epidemic, greater efforts will need to be made to draw patients into the system and into recovery.

“I think what we’re not doing terribly well is that when these people are reversed in our EDs, we don’t provide wrap around services; we should have a social worker or a licensed clinical addiction specialist, someone to reach out to that person, while they’re there,” he said.

As a physician who treats opioid use disorder, Greenblatt said he has seen first hand what patients are capable of when directed to appropriate treatment and help.

“I’ve seen many people who were out-of-control, chaotic, possibly criminal, who are now in recovery, and are becoming productive and happy and mending relationships and going back to school,” he said. “That absolutely should be the focus, not the question of whether we’d be better off restricting access to a lifesaving intervention.”

Ultimately, Glance said that naloxone’s ability to save lives is more important than any secondary moral concerns.

“Nobody wants to be an addict,” she said. “Naloxone is going to save a life in the here-and-now and give that person another chance to enter a life of recovery, a life that they want to be living.”

As a courtesy to its readers, and as a response to the crisis, Healio recently launched an Opioid Resource Center on its website. This frequently updated collection comprises news and features from multiple medical specialties and provides the latest information on the opioid crisis, including treatment strategies, FDA decisions regarding treatments and other related announcements.   – by Jennifer Byrne