Addiction experts and medical societies were generally receptive to the administration focusing its attention on the opioid crisis as outlined in a speech from President Donald J. Trump earlier this week, but in interviews with Healio Family Medicine, said they hoped for more specifics and a more targeted approach in the near future.

“Failure is not an option. Addiction is not our future,” Trump said. “We will liberate our country from this crisis. We will raise a drug-free generation and we will spend the most money ever on the opioid crisis.”

The president announced what he said were some additional steps to stop opioid and “general drug” abuse in a speech in New Hampshire, a state particularly hard hit by the opioid epidemic. He stated his administration will:

Trump said his plans are in addition to those announced by a commission last year, and will lower opioid use by one-third in the next 3 years, with little expense for taxpayers.
“Whether you are a dealer, a doctor or a drug trafficker, if you break the law and peddle these deadly poisons, we will find you, we will arrest you and we will hold you accountable.”

Trump acknowledged his plan will have detractors.

“There are good people, good strong people, who would differ with most of us,” he told the crowd. “But unless you have really, really powerful penalties led by the death penalty, for the really bad pushers and abusers, we are going to get nowhere [in fighting the crisis].”

Gary Kaplan, DO, founder and medical director of the Kaplan Center for Integrative Medicine in McLean, Va., told Healio Family Medicine he felt a sense of déjà vu while listening to the president’s remarks.

“There were no new initiatives discussed and no new monies pledged. I heard the same things we’ve been hearing for the past year from this administration. His speech was very heavy on law and order and very light on addressing the opioid health care crisis in this country,” he said. 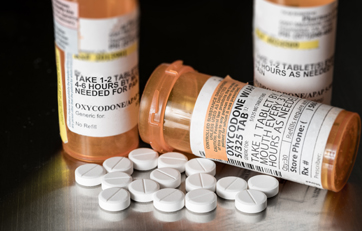 Addiction experts and medical societies were generally receptive to the administration focusing its attention on the opioid crisis as outlined in a speech from President Donald J. Trump earlier this week, but in interviews with Healio Family Medicine, said they hoped for more specifics and a more targeted approach in the near future.
Source: Shutterstock

“We are not the Philippines,” Kaplan added. Instituting the death penalty for drug pushers sounds tough; but it has never been an effective deterrent for much of anything. Using opioids as an excuse to push his immigration agenda including closing our borders, won’t work either. Trump portrays us as victims of immigrants and drug cartels from foreign countries. The reality is we’ve tried and failed to address this problem predominatly as one of supply by trying to stop the flow of drugs into this country for decades,” he added.

“We should instead be trying to stop the demand for drugs. To accomplish this we need to fund educational programs in grammar schools, high schools and community-based program to teach students not only about the dangers of these drugs but how to get help. We need insurance to pay for treatment programs, physicians properly trained on when to prescribe opioids, and laws that hold the pharmaceutical companies responsible for pushing these drugs. Until we are willing to fund and make these types of changes we will have this problem forever,” he continued.

Although the speech was largely lacking in specifics, one of the ideas outlined seemed plausible and potentially beneficial, said Lawrence Greenblatt, MD, FACP, professor of medicine and community and family medicine, Duke University School of Medicine.

“He offered treatment to inmates as they are leaving prison. This population is especially vulnerable to drug overdoses and by offering them treatment, there is less chance for these former inmates to become repeat offenders and instead become productive members of society,” he told Healio Family Medicine in an interview. “Hence, this is the right thing to do, and will save lives and money.”

However, Greenblatt added that he wished Trump could have discussed funding for a variety of other programs.

“He could have talked about providing federal funding for needle exchange programs, treatments for the uninsured, safe injection sites and programs to go into the hardest hit communities to provide education and outreach to heroin users that encourages them to go into treatment,” he said.

Greenblatt also pointed out that ensuring Medicaid facilities had at least 16 beds for opioid treatment, however well intentioned, was unlikely to significantly impact the opioid crisis, since most opioid treatment is outpatient.

The American Academy of Family Physicians said it is pleased the opioid crisis is getting attention, but hinted that it needs more details before it can support the plan.

“There were a lot of overarching thoughts and comments in the president’s speech, but we’ll have to see what the steps are to roll the plans out before we take a position on it,” Michael Munger, MD, president of AAFP, told Healio Family Medicine. “The outline seems good, but it’s just that, an outline. Now we need to hang some meat on it to see what we really have here.”

Acknowledging that even some of the best intended government strategies to bring the opioid crisis under control can take time to come to fruition, he encouraged family physicians and primary care physicians to stay on their current course with patients who are addicted to opioids.

“Primary care physicians and family medicine doctors need to keep up the efforts they already have,” Munger said in the interview. “Opioid prescriptions are coming down, and many clinicians are taking quite a bit of CME surrounding opioid prescribing. This, as well as keeping our patients front and center while being mindful of opioid prescription levels, needs to continue.”

American College of Physicians president Jack Ende, MD, said in a statement the organization was “encouraged” by the attention Trump gave to preventing and treating addiction, such as the additional funding for treatment facilities with larger amounts of bed and providing first responders with naloxone to help reverse overdoses.

“The emphasis on medication-assisted treatment is a welcome approach, one that focuses on an evidence-based approach to treating our patients,” Patrice A. Harris, MD, Opioid Task Force Chair, said in a statement. “We also are pleased the administration is interested in expanding access to those incarcerated who have opioid use disorder ... and also agree that physicians should be prudent in prescribing opioids.”

Steven Stanos, DO, president of the American Academy of Pain Medicine and medical director of pain services at Swedish Health System in Washington outlined for Healio Family Medicine several steps he thought the Trump administration should take.

“We also call on the administration to maintain a commitment to millions of people suffering from profound pain by preserving access to Medicaid and funding and implementing the National Pain Strategy, which emphasizes the importance of integrating nonmedication approaches (i.e. physical therapy, psychological support, education), interventional procedures, and medication management as part of a ‘multidisciplinary’ approach to safe and effective pain management,” he added.

As a courtesy to its readers, and as a response to the crisis, Healio recently launched an Opioid Resource Center on its website. This frequently updated collection comprises news and features from multiple medical specialties and provides the latest information on the opioid crisis, including treatment strategies, FDA decisions regarding treatments and other related announcements. – by Janel Miller