Pediatricians lead the way in making microwaves safer for kids

“About half of all patients in burn units in the country are children, and most are there for scalds, not fires,” Kyran Quinlan, MD, MPH, professor and director of the division of pediatrics at Rush University Children’s Hospital, told Infectious Diseases in Children.

Research presented last year at the AAP National Conference & Exhibition showed that 20% of scald injuries in children aged 4 to 12 years are related to instant soup and noodle preparation.

In a previous interview with Infectious Diseases in Children, an AAP spokesperson Wendy Sue Swanson, MD, MBE, FAAP, noted that microwaves are often placed above children’s height and tend to heat foods inconsistently.

In 2013, Quinlan and colleagues proposed a change to the standards for manufacturing microwaves that would be safer for children. The proposal did not pass. The researchers then attempted to increase awareness on the topic of microwave safety by presenting at national meetings, working with engineering students to develop child-resistant microwave doors, and creating a short educational video. 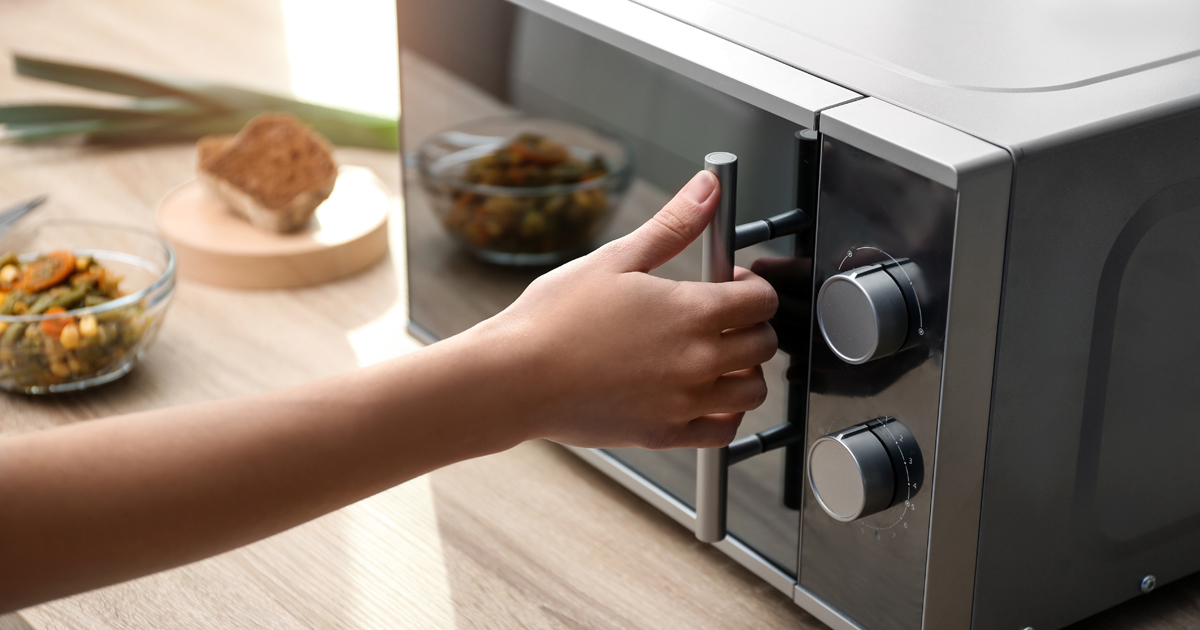 “These burns are severe and can change a child’s life,” Quinlan said. “Prevention is tough because these happen in so many ways, especially around the kitchen. We realized nearly 15 years ago that a portion of these injuries happen when a young child — a toddler usually — accesses heated things like soup by opening the door of the microwave themselves. Making the door child-resistant was a way we could protect children from these burns.”

He said there have been education campaigns across the United States on how to prevent pediatric scald burn injuries.

“This is great, and is very well-intended, but it’s very difficult to know that they have helped,” Quinlan said. “In the past, all the education in the world did not reduce deadly poisonings of toddlers. Creating child-resistant packaging worked. Making the world safer is the way to go.”

To further promote their efforts, Quinlan and another colleague joined a national task group on the issue of microwave safety in 2017 and became voting members on the Underwriters Laboratories Standards Technical Panel.

According to Quinlan and colleagues, the Association of Home Appliances Manufacturers proposed to add an additional step to open the microwave door, similar to the push and turn motion required to open pill bottles. The researchers addressed concerns, including how this may impact seniors’ ability to use microwaves. Quinlan also personally contacted undecided voting members to provide information on why they should support the change.

The proposed change passed on Sept. 17, 2018, with nine votes in favor and four against it. Three of these votes for the change were from microwave manufacturers.

Microwaves with childproof doors will be available for purchase in 2022.

Quinlan offered advice for pediatricians who have thought of a way to make consumer products safer for children.

“Start with a good idea. . . . If the idea is on target and will help kids, you will find an easy connection to many partners who will work with you to make the change you need to make. . . ,” Quinlan said. “I never thought I would have spent so much time talking with people who make all the microwaves in the country, but in the end, they saw that they could change their product in a way to protect young kids from the burns we see.” – by Katherine Bortz