A remote electronic monitoring device sewn into the fabric of long-lasting insecticide bednets, or LLINs, allowed researchers to track bednet use among families at risk for malaria infection in Africa, according to a study published in the American Journal of Tropical Medicine and Hygiene. The researchers said the technology revealed “substantial” variation in the use of bednets between households.

“It was somewhat surprising to us that there was such variation in use despite the fact that all participants were aware that their bednet use was being monitored,” Paul J. Krezanoski, MD, study author and assistant professor of medicine at the University of California, San Francisco, told Infectious Diseases in Children. “This suggests to me that actual bednet adherence outside of a study may be even more anomalous and highlights the value of this sort of research.”

In the study, ten households in Uganda received what are called “SmartNets” to monitor their bednet use for 6 weeks.

The technology showed that families used their bednets for an average of 9 hours and 49 minutes a night (standard deviation [SD] = 1 hour, 56 minutes). Between the hours of 9 p.m. and 6 a.m., bednet adherence ranged from 85% to 90%. However, for 19 nights (4.5%), the researchers observed that bednets were not used at all. 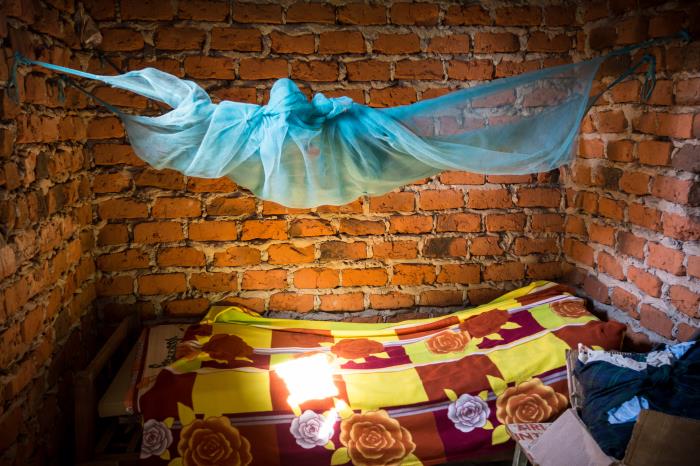 “Overall, this study suggests that there may be a wealth of information that we can glean from real-life use of bednets and the human behaviors that affect use,” Krezanoski said. “Along with further exploration of the other potential causes for the decrease in bednet efficacy, such as insecticide resistance and changes in mosquito behaviors — which may be more costly to resolve — remote bednet adherence monitoring, as used in this study, may lead the way to more cost-effective interventions that can have a significant impact on malaria transmission.” – by Katherine Bortz

Disclosures: Krezanoski reports inventing SmartNet and co-owns intellectual property in the device along with Massachusetts General Hospital. Krezanoski is also the co-founder and director of Opportunity Solutions International, which funded part of the study. All other authors report no relevant financial disclosures.

LLINs are one of our best weapons against malaria, but it is hard to know if someone is using a bednet or not. For many reasons, self-reporting can be inaccurate. However, checking on bednet use — especially at night, which is when they should be used — is often unacceptable to families because of the invasion of privacy.

In this study, researchers used new technology that can monitor if a bednet is unfolded and presumably being used. They observed high rates of bednet use overall during nighttime hours but also a fair amount of variability between households.

There are a few caveats to this study. It included a small number of households, and it is possible that knowledge of the monitoring led to greater-than-usual use of bednets.

The study does not change current recommendations for bednet use, but it does support wider use of such technology to better understand how bednets are or are not being used and to devise methods to increase their appropriate use.