Children in California who were exposed to wildfire smoke had increases in asthma exacerbations, including wheezing in those who did not have asthma before the fire, compared with children exposed to smoke from prescribed burns.

“This preliminary study suggests that long-term follow-up might be warranted, as we found associations 90 days after exposure,” Mary Prunicki, PhD, MD, director of Air Pollution and Health Research in the Sean N. Parker Center for Allergy Research at Stanford University School of Medicine, told Infectious Diseases in Children. “However, further studies on the long-term impacts of wildfire smoke exposure are needed.”

The researchers analyzed data from three groups of children living in California, with a median age of 7 years. Data were collected through health questionnaires, blood samples and vital signs. A second blood test was conducted 3 months after a prescribed fire or wildfire.

Of the 32 children included in the first group, 38% had asthma and were exposed to a prescribed fire occurring 70 miles away. The fire covered 553 acres in March 2015. One-quarter of the second group (n = 36) had a previous asthma diagnosis and were exposed to a wildfire in September 2015. The wildfire spanned 415 acres and occurred 70 miles from the children. A control group including 18 children had no reported exposure to wildfires or prescribed fires. These children lived in the San Francisco Bay area, and 21% had asthma. 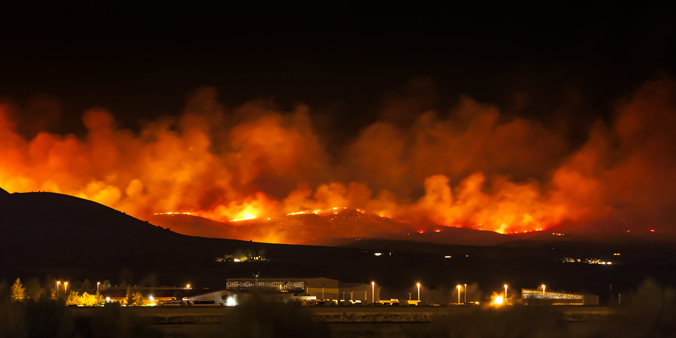 Prunicki and colleagues wrote that children exposed to wildfire were also exposed to higher levels of all pollutants compared with those exposed to prescribed fires (P < .0001). During wildfires, the level of fine particulate matter (PM2.5) increased and returned to baseline. Following prescribed fires, however, PM2.5 levels dropped to levels below the baseline, suggesting that these burns did not contribute substantially to PM2.5 levels like wildfires did.

Prunicki said there is some public opposition to prescribed burns because people do not want to be exposed to more smoke than they already are from wildfires.

“In the long-run, it might be less detrimental to their health to have more prescribed burns, which would decrease the frequency, severity and duration of subsequent wildfires,” she said. – by Katherine Bortz